After weeks of declining case counts in almost all counties, Florida has reached the lowest case per capita rate of COVID-19 transmission of any state in the United States.  This development comes after a surge of the Delta variant in August that resulted in thousands of deaths and increased restrictions in many Florida counties.  Critics blame the surge on the policies of Governor Ron Desantis, whom they claim has worsened the COVID-19 crisis by banning mask and vaccine mandates.  On the other hand, supporters of the Governor argue that he is preserving individual freedoms and keeping businesses open, using low case counts as evidence that the strategy is working.  With the new developments in cases, many changes have occurred or may occur.

During the peak of the surge, many Florida counties were beginning in-person schooling, resulting in mask mandates in many of Florida’s high-transmission counties.  The Florida Department of Education and Governor Ron DeSantis responded by banning mask mandates through an emergency order which was ignored by the school boards in Miami-Dade, Broward, and Palm Beach counties, among others.  As cases continue to fall, these boards have committed to revisiting the issue and may reduce mask restrictions in schools.  On October 26, the Broward School board made masks optional for high school students, and on November 1, the Miami Dade School Board made masks optional for high schoolers and middle schoolers.  The Archdiocese of Miami announced on November 30 that masks will remain optional for vaccinated high school students and gave a parent opt-out option for unvaccinated high school students.

In addition to COVID-19 policies in schools, the drastically falling case rates have resulted in hospitals and other treatment facilities scaling back their operations.  Many hospitals have relaxed visitor restrictions that were put in place to slow the spread of the virus.  Also, hospitalizations have dropped by 84% since August, allowing hospitals to recuperate and replenish supplies such as oxygen.  Despite these positive developments, hospitals across the state are facing employee shortages exacerbated by vaccine mandates.  Ascension Sacred Heart, one of the largest hospital systems in Florida, was recently sued for threatening to fire unvaccinated staff.  Vaccine mandates have become a topic of national concern, especially those mandates by the federal government.  Governor Ron DeSantis filed a lawsuit against the federal government’s vaccine mandate for federal contractors on October 28, receiving national attention.  Governors of other states have also indicated that they may take action against the mandate.

As the spread of the COVID-19 pandemic continues, policies in schools and hospitals will likely continue to adapt in an attempt to restore “normality” while ensuring protection from the virus. 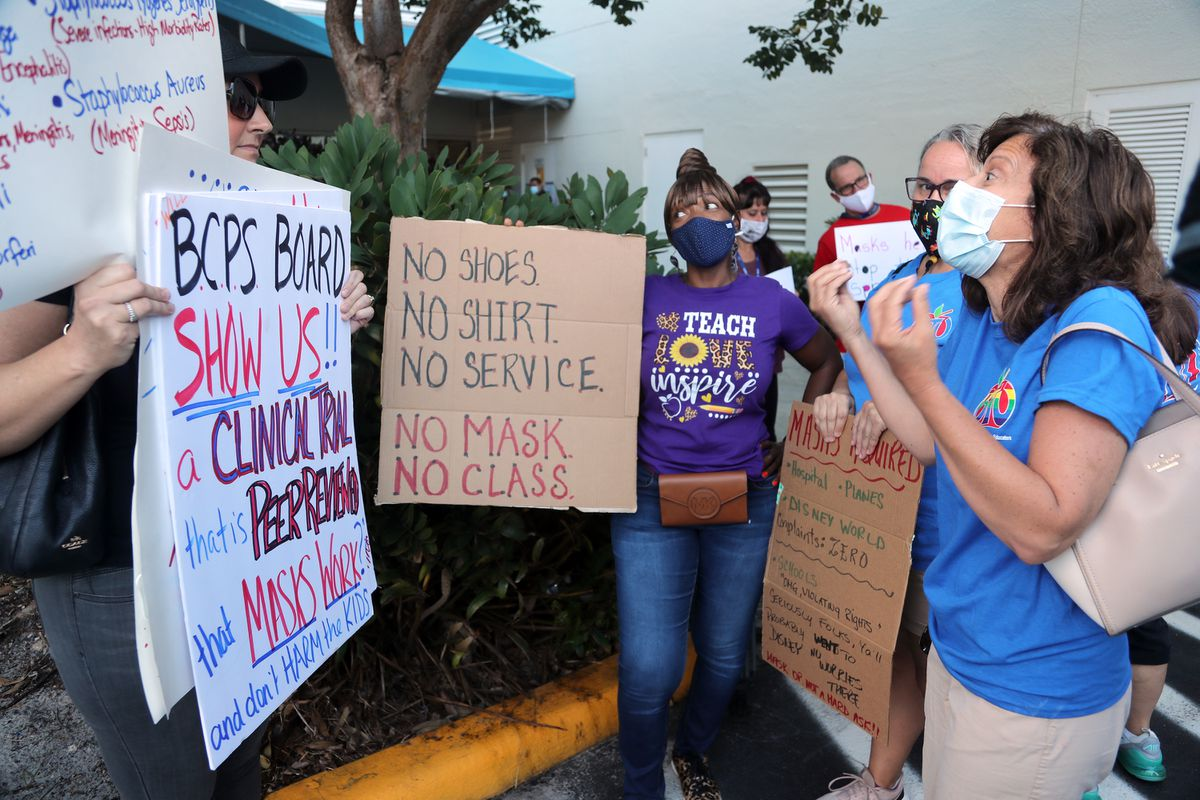