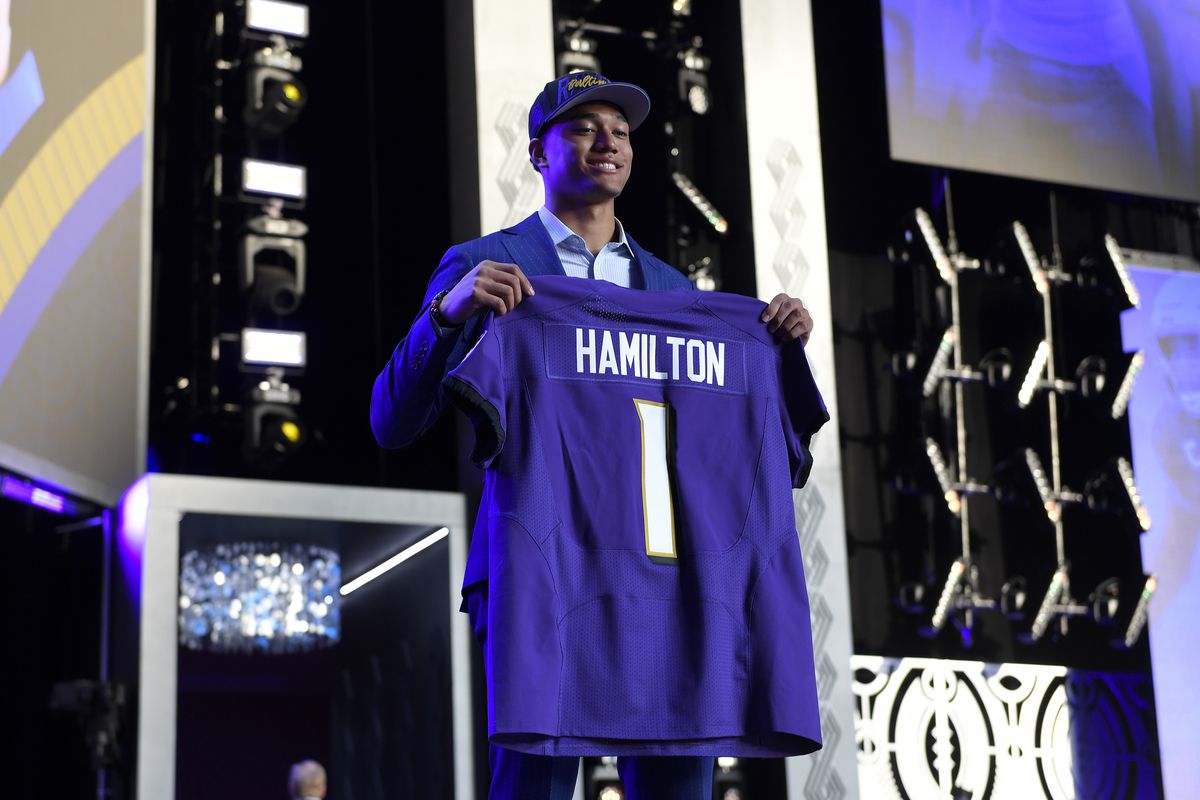 Draft day is one of the most important days of the NFL Season, where picking the right player could determine everything for a franchise.  This year’s draft was especially important to many teams, to find their “guy” for the next decade.  There were many good picks in the draft this year, but these teams drafted even better than all of the other teams.

The Bolts had an underrated draft.  They came into the draft with some needs, most importantly on their offensive line and in the secondary.  With the 17 pick in the draft, they chose an offensive guard out of Boston College, Zion Johnson.  Johnson provides many different needs on the offensive line with the ability to not only play on the inside, but also on the edge.  The Chargers also selected in round 4 a running back out of Texas A&M, Isaiah Spiller.  Spiller would fill a need for their team as a power running back as well as being a scheme fit, having the size and athleticism as an elusive running back.

The Titans had an interesting draft, but they were primarily here for one person.  Malik Willis was projected to be a top quarterback taken in the draft, who many had as the number one quarterback in the class, but he fell all the way down to the Titans in the third round.  Willis is a boom-or-bust type of player, providing so much for a team, if he is developed correctly.  This guy was perfect for them, as they have treated scrambling quarterbacks right in the past with Vince Young and Steve McNair.  Other than that, they buffed out their needs across the roster, claiming Treylon Burks, a wide receiver out of Arkansas with the 18 pick in the draft.

Kansas City also had an interesting draft, to say the least.  The first pick in their draft was Trent McDuffie, a defensive back from the University of Washington, who they traded up in the draft for.  McDuffie is a lockdown corner for them, something that they were lacking last year.  With their second pick in the first round, they selected George Karlaftis, a defensive end out of Purdue.  Edge was another position that they needed, so by taking Karlaftis with the 30 pick in the draft, they got a premium edge rusher and a dominant force to get to opposing quarterbacks.  The Chiefs also selected seven defensive players in their draft, with one offensive position being Skyy Moore, a speedy wide receiver from Western Michigan.  Moore adds more to their offense, being their Tyreek Hill replacement, as Hill was traded to the Dolphins earlier in the offseason.

The Seahawks had a great draft, but they had one missing piece in their draft, their situation at quarterback.  After the Russell Wilson trade earlier in the season, the Seahawks needed to fill their need at quarterback.  They did not do this in the draft nor in free agency, but they did have a great all around draft.  With their top 10 draft pick, they selected offensive tackle Charles Cross out of Mississippi State to replace their aging veteran, Duane Brown.  The Seahawks also drafted Boye Mafe in the second round, who was a force on the edge at outside linebacker, racking up 7.0 sacks in his senior year alone.  Mafe is going to help bolster this defense and help them stop the run.  One steal that they got in this draft was Coby Bryant (not on the Lakers).  Bryant is a defensive back from Cincinnati and was a great second option behind their other defensive back taken in the draft, Sauce Gardener.  Many regarded Bryant as an early second round pick, but he fell all the way to day three, which shocked many people.

The Eagles were able to find so many good players at positions that they needed.  Most, if not all, of the players in their draft were steals of picks and solid all around picks that helped their young corps.  One of their best picks in the draft came in the first round, where they drafted University of Georgia defensive lineman Jordan Davis with the 13 pick in the draft.  Davis is a very interesting prospect with his height, weight, and ability on the field. Another Georgia Bulldog fell to the Eagles in round three, where they selected middle linebacker Nakobe Dean with the 86 pick in the draft.  Dean was regarded as a first round pick, but due to injury, he fell to the Eagles in the third round.  Overall, the Eagles made many good picks in the draft that will help them build for the future in their current rebuild.

New York had a fantastic draft, drafting many good players across the board and filling out many needs on their roster.  According to ESPN, they needed every position in the draft, and they filled out many of their top needs.  One was a new defensive back in Sauce Gardener with the fourth pick in the draft.  Also, the Jets added two new weapons on offense in Garrett Wilson and Breece Hall, two electric playmakers that could fight for a starting job in the next season.  Also, the Jets traded back into the first round to select a falling defensive lineman in Jermaine Johnson at pick 26.  Overall, the Jets had a fantastic first part of the draft, but not so much in the later rounds.

The fact that the Baltimore Ravens are on top is no surprise. The Ravens had a total of two first round picks. One of those first round picks being Kyle Hamilton from Notre Dame, who possesses a rare combination of  skills; great movement and good strength. Isaiah Likely, another great pick of the fourth round, may be the average size for a tight end but he has great hand strength while also showing amazing speed and agility. Travis Jones, their third round selection, takes up a lot of space and is a fantastic run stopper at defensive tackle.  Daniel Faalele, their fourth round selection, is a 6’9 390 pound monster of an offensive tackle, fixing one big hole at offensive lineman as Alejandro Villanueva retired at the end of the 2021 campaign.  The Ravens had a fantastic draft and it should not be taken lightly, showing many great picks in the later rounds.