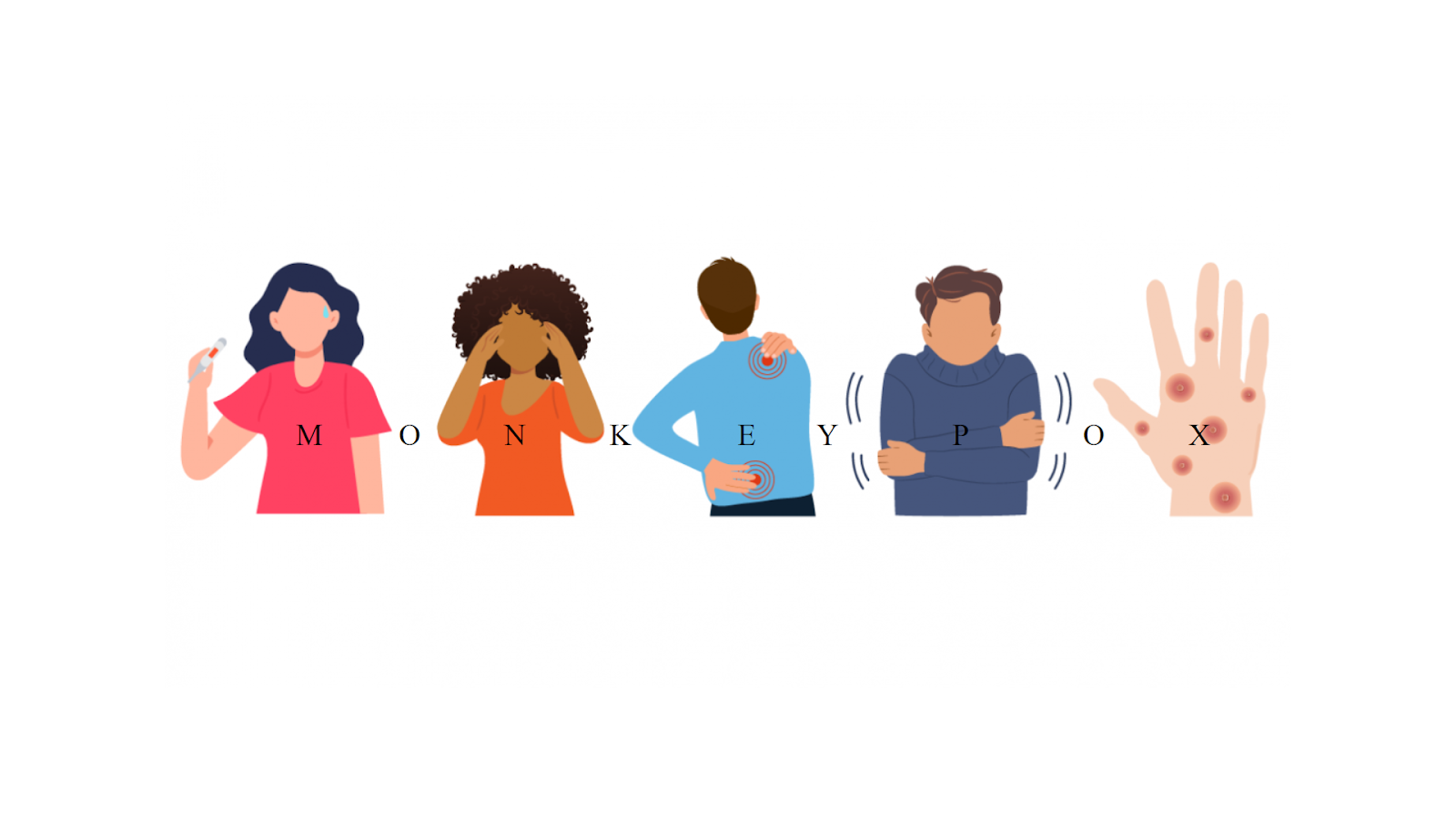 Over the past three years, global discussions have been orbiting the pandemic that has affected the lives of billions of people. Due to this, it can be difficult to be concerned about much else, or even become aware of other global issues. Yet, one issue has become too familiar to go ignored. According to the Jamane Network “On July 23, 2022, World Health Organization Director-General Tedros Adhanom Ghebreyesus, PhD, declared the current Monkeypox outbreak a Public Health Emergency of International Concern,” making Monkeypox an official global pandemic. What exactly is Monkeypox and where did it come from? What are the symptoms and how has it affected individuals and the world? Here are some ways  you and your family can stay informed and updated on this new developing virus.

The  CDC states that “Monkeypox was discovered in 1958 when two outbreaks of a pox-like disease occurred in colonies of monkeys kept for research,”  within a lab located in Africa. The disease remained confined to animals, only spreading amongst monkey colonies and local species; such as African giant pouched rats, brush-tailed porcupines, and tree squirrels. However, in 1970, a nine-month old infant boy was in need of medical attention after contracting some sort of mysterious virus, accompanied by pimple-like welts all over his skin. He was later diagnosed with what is now known as Monkeypox. Since then, Monkeypox has been considered “a rare disease”- almost all monkeypox cases in people outside of Africa were linked to international travel to countries where the disease commonly occurs or through imported animals. A small outbreak occurred in 2003, but was of  mild concern and never reached the level of infection seen today. The first case of the 2022 Monkeypox outbreak was reported on May 6, 2022, within the U.K. “There have been 47,652 cases globally, 17,432 cases in the U.S, 8 deaths globally, and 0 deaths in the U.S. as of August 29, 2022.” (CDC). Since then, the virus has spread rapidly to 50 countries, including the U.S where its first case was reported on May 19, 2022, in Boston, Massachusetts.

As we know Monkeypox is dangerous, but how does this disease directly affect people? “Monkeypox belongs to the same family as the variola virus, the virus that causes smallpox. Which means that symptoms for these diseases would be fairly similar” (CDC). This means that being vaccinated against smallpox or chickenpox, or having been infected by it previously decreases your chances of becoming

infected or seriously ill from Monkeypox. “Fever, chills, swollen lymph nodes, exhaustion, muscle aches and backache, headache, respiratory symptoms (e.g. sore throat, nasal congestion, or cough)” (CDC) are all symptoms of Monkeypox. You may also develop a rash all over your body. “The rash can initially look like pimples or blisters and may be painful or itchy.” (CDC). These symptoms could last for up to 2-4 weeks, and are mild, not likely leading to death. While infected, it is strongly recommended to stay inside and away from people to prevent the spread.

How to Prevent Monkeypox

It is important to realize that Monkeypox is not as infectious as Covid-19. You would have to be in close proximity to an infected person in order to become infected yourself. That said, there is still a chance of infection whenever you are around someone with Monkeypox, meaning that you should still take the proper precautions to keep yourself safe. For every way you can contract Monkeypox there is a way to counteract it. Well+Good states that you should, “Wash your hands regularly, avoid touching eyes, mouth, and face, avoid people who are infected with monkeypox, and be mindful of the risks of public and private gatherings.” Taking these precautions will ensure that if you have touched any surfaces with germs, you are less likely to get those germs into your system. If somehow you are exposed to Monkeypox, make sure to contact your doctor or healthcare provider to work on a plan for recovery.

Monkeypox has caused injustice and discrimination against many diverse groups of people. According to UNAIDS,this prejudice is directed towards LGBTQ+ men and people with visible skin conditions. STAT News reports of a young man’s first hand experience with discrimination. “They sent me away like I was nothing,” he said.
According to the American Hospital Association “on July 23, 2022 the United States Department of Health and Human Services (HHS) declared monkeypox as a public health emergency.” The HHS secretary, Xavier Becerra, said “We’re prepared to take our response to the next level in addressing this virus, and we urge every American to take monkeypox seriously and to take responsibility to help us tackle this virus.” As you can see, the global effect is significant and it’s necessary to learn about it.

Now that you know more about Monkeypox, you can help keep yourself and others safe. Monkeypox is a serious virus, not to be taken lightly. Anyone can be infected, regardless of orientation or background. Its timeline and global effect is important to understand, as swarms of misinformation are surrounding the topic and clouding the public’s perspective on it. Although it’s disturbing to learn about such a pressing subject, keeping yourself and your community safe is worth the initial hesitation and fear.