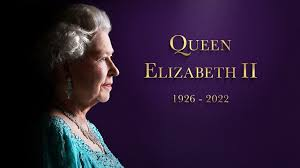 Queen Elizabeth II was an amazing queen and a role-model to young girls, serving as a woman in a great position of power. Queen Elizabeth was known for her sense of duty and dedication of her life to royal service. She became Queen at the young age of 25 and remained queen up until her last breath. She was known to be Britain’s longest serving monarch and  passed away at the age of 96, on September 8, 2022. During Queen Elizabeth’s 70 year reign, she was admired by all and led the way for generations of people. However, many people don’t know the true impact of her lifetime. Today, we dedicate this article to the incredible life, reign, and death of Queen Elizabeth II.

Elizabeth Alexandra Mary Windsor, was born April 21, 1926. Her parents were Prince Albert, Duke of York, later known as King George VI, and Elizabeth Bowes-Lyon. Queen Elizabeth had one sibling, Princess Margaret, Countess of Snowdon. Queen Elizabeth and her sister were very close, but had many different characteristics.  According to Biography, “With the outbreak of World War II in 1939, Elizabeth and her sister largely stayed out of London, having been relocated to Windsor Castle. From there she made the first of her famous radio broadcasts in 1940, with this particular speech reassuring the children of Britain who had been evacuated from their homes and families.” This historical monologue was delivered when Elizabeth was just 14 years old. World War II had a monumental impact on the Royal Family. At 19, Elizabeth joined the Auxiliary Territorial Service, and shortly after was promoted to Junior Commander. On November 20, 1947, she married Prince Philip Mountbatten of Greece and Denmark and had her first child, and heir apparent to the throne, King Charles. A year later, on November 14, 1948 his sister, Anne. the Princess Royal, was born on August 15, 1950.

Queen Elizabeth II was never intended to be the monarch of England. On December 10, 1936, her uncle King Edward VIII, the brother of King George VI who was Elizabeth’s father, abdicated the throne to his hesitant brother. He gave up the crown to stay married to his love, Wallis Simpson. As royal law decrees that the King cannot be married to a divorcee. “The reluctant King had to oversee WWII and the subsequent break up of the British Empire.” (Brief History of the Royal Family). The disastrous levels of stress he experienced due to this  had drained his health and caused years of brutal coughs and countless surgeries. Finally, while Queen Elizabeth was on a political campaign in the British commonwealth of Kenya, her father passed away on February 6, 1952. On that fateful day, the messenger of her father’s death bowed before her. In that instant, she knew she had become the reigning monarch of the United Kingdom. She was coronated on June 2, 1953, at the young age of 25.

After her crowning, a grand celebration held at Westminster Abbey, she set off on a tour of England and its territories. PBS states that this tour included places such as “…Bermuda, Fiji, Tonga, Australia, and Gibraltar.” The next seven years of her life were filled with the busy duties of ruling a kingdom and motherhood. On February 19, 1960, Queen and Prince Phillip decided to add another heir in the line of succession when they had their third child, Prince Andrew. Four years later, her fourth and final child, Edward, was born on March 10, 1964. As stated by Queen Elizabeth II in Germany, she made a historic visit  in 1965, marking the first official visit by a British monarch in 52 years, “which sealed Britain’s reconciliation with Germany after the Second World War.” In this visit, she met with the Federal President, the Federal Chancellor, and the citizens of Germany, touring major cities to show her love for their people and the mended bond between the two European powers. In 1977, Queen Elizabeth celebrated her first jubilee- the Silver Jubilee. This celebration is the mark of a monarch’s years on the throne. A silver jubilee indicated 25 years in power. Twenty years later, on August 31, 1997, the Queen’s daughter-in-law, Princess Diana, died in a car crash in Paris. Under public pressure to demonstrate her grief, Elizabeth made an unprecedented television broadcast in tribute to Diana’s memory. (A timeline of Queen Elizabeth’s life | PBS NewsHour). In 2002, Elizabeth celebrated her Golden Jubilee, marking 50 years on the throne for the British monarch. A short five years later, she became the longest reigning British monarch in history, surpassing the lengthy reign of her great-great grandmother, Queen Victoria, who had reigned for 63 years, 7 months, and 2 days on September 9, 2015. She then became the first to celebrate a Sapphire Jubilee, marking 65 years as the Queen of England in 2017. The celebrations of her long reign would come to a solemn halt after the death of her beloved husband, Prince Phillip, of 73 years, on April 9, 2021. A year later in 2022, Queen Elizabth would celebrate her Platinum Jubilee, marking 70 years as Queen. For her last act as Queen on September 6, 2022, “Elizabeth met Boris Johnson and Liz Truss at her summer holiday home in Scotland to oversee the handover of power from the outgoing prime minister to his successor.”  (A timeline of Queen Elizabeth’s life | PBS NewsHour). Two days later, the longest reigning Queen in the history of Britain, died.

Queen Elizabeth died September 8th, 2022 in “Balmoral Castle, her estate in Scottish Highlands” (New York Times). The British Parliament has a set plan for when royalty passes. This plan is called the “Operation London Bridge.” According to the Washington Post. “Operation London Bridge” was the code name attributed to a formally choreographed sequence of events that would occur after the death of the British monarch. According to this procedure, the moment the ruling monarch dies, their heir will take over immediately. In this case, Queen Elizabeth’s heir is Prince Charles- now known as King Charles III. On the 10th day after her death, the funeral was held Sunday, September. 18, at London’s Westminster Abbey. Heads of state and other VIP’s from abroad were in attendance. After, there was a committal service at St. George’s Chapel in Windsor Castle, a royal home outside of London, where the queen will be buried inside the King George VI’s Memorial Chapel. (Washington Post). The world will forever mourn the death of the beloved former Queen, and all of her kind attributes that have blessed the world.

The queen’s life and reign were inspirational and remarkable. Her death has struck grief and sorrow in the hearts of foreign nations from all corners of the world. US Vice President, Kamala Harris, took to social media and wrote “Queen Elizabeth II lived an incredible life of service and had a profound impact on countless lives and historic events.” Through this statement she properly conveyed the sadness and sense of loss the public feels at the loss of such a formidable woman. The Queen and her beliefs deeply resonate with the hearts of all Catholics around the world. She will be missed across the world and by the citizens of The United Kingdom.

In memory of Queen Elizabeth Alexandra Mary Windsor of England 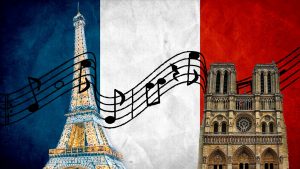 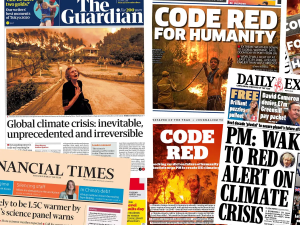