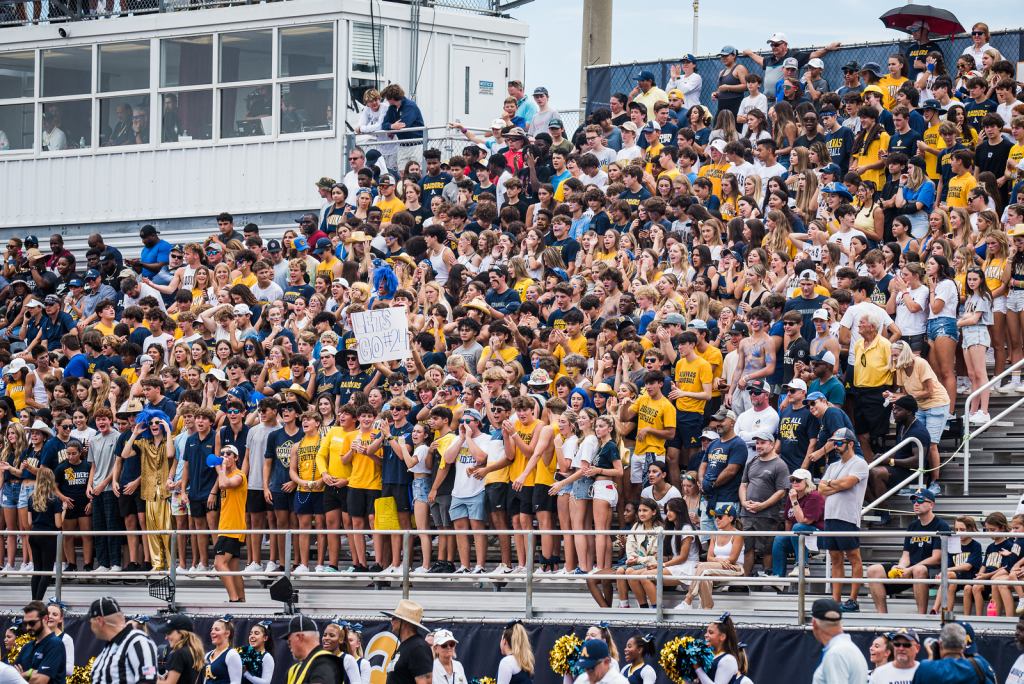 When you think of St. Thomas Aquinas, you might think of all the sports. And rightfully so, with the over 32 sports teams, it is easy to see why STA has a reputation for being a “sports school.” In 2022 alone, STA sent nine teams to State Finals and won five State Championships. STA’s sports teams have won over 100 state titles dating back to the 1980’s.  When talking to different coaches and teachers about what all of these sports teams have in common, four key themes present themselves: Faith. Family. Tradition. Excellence. These words summarize what STA is, but what is the significance behind these four words?

Faith. When thinking about faith, people tend to look at religion, but faith is so much more than that. Faith is also having trust in the people around you. If you do not have faith or trust in the people on your team and your coaches, then you will get nowhere. Each team has a tremendous amount in each and every one of their high school players. Before every sports game, regardless of the team, they get together and say a prayer to God, asking not only for guidance to get through a game, but also watch over them as they play and compete.

STA’s Athletic Director Twan Russell says that he is seeing his players put up “prayer hands” after they score. This not only represents an appreciation for God but also an “A” as they are playing for the whole Aquinas family.

Family. At STA, family plays a major role, not just in sports, but in everything they do. Students at STA not only get an education but also a family for life. “Once a Raider, always a Raider.” This motto is running through everything STA does, not just sports. A number of alumni come to support the current Raiders,

donating money in addition to time as coaches and teachers. Current students get a sense of family throughout the campus. STA students show up and support each other in everything they do. At every STA event, students can be seen cheering and encouraging one other to reach their goals. Another example of family is the saying “You go, We go”.  This may be a sports team’s chant, but it has a deeper meaning behind it. When asked about it, Russell said “‘You go, We go.’ really embodies who we are as a school. It basically means you take care of your responsibility, you do your job; in the classroom, on the field or court, at home, in life, have great character and do your job and when we all do our jobs individually then together, we can all be great.” Mr. Aloma, a former student and now teacher and coach, had a similar interpretation of the quote. “We all stick together because we are a family.” This tradition has been around for over 30 years!

Tradition. A school that has been around for over 85 years is bound to have a tradition or two. STA  observes many traditions, such as the freshman BBQ, Senior mass, pre-game prayer, and a myriad of chants that can all be traced back to days of old. The STA sports teams are renowned for traditions such as standing on the A before a game and “Pride on A.”, the football team singing “We Ready”, and various chants that every team will say before their game. Although there are also traditions that have faded out over the course of time such as dances after big sporting events, and masses on the beach, there are also new ones emerging such as the prayer hands and a newly envisioned parade for the winter sports. There are other traditions that are lesser known.. One is, not coming to STA to get something, but to give something. Yes, it’s a school, so inevitably students come to receive an education, but by the time senior year rolls around they will have definitely given something too. Whether they were helping a student out when they needed it, donating to a food drive or maybe even starting a new club, they have definitely left their mark. Another big tradition is coming together as a school, a team, or club and praying. According to Coach Russell these traditions become such a part of everyday life that they eventually become a lifestyle. And that lifestyle is what ends up connecting everyone, unifying the STA community as one family.

Excellence. Although this is the last, it is definitely not the least. Yes, excellence has something to do with giving a strong performance and winning, but it is so much more than that. It’s the commitment to Excellence at STA that drives them to be the best. It’s what makes them stand out, what has had them getting played on ESPN for 12 hours of their opening football game. The drive is what has helped them achieve over 100 state championships. It’s also realizing that  none of this could be achieved with just one person. It’s the family aspect of everyone working together to achieve this level of excellence. It is the faith they have in one another, and God, to help them reach this level of excellence. It is the traditions and lifestyle of being a STA Raider that has gotten them to the level of excellence that they are at. 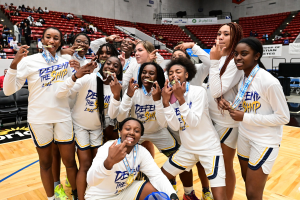