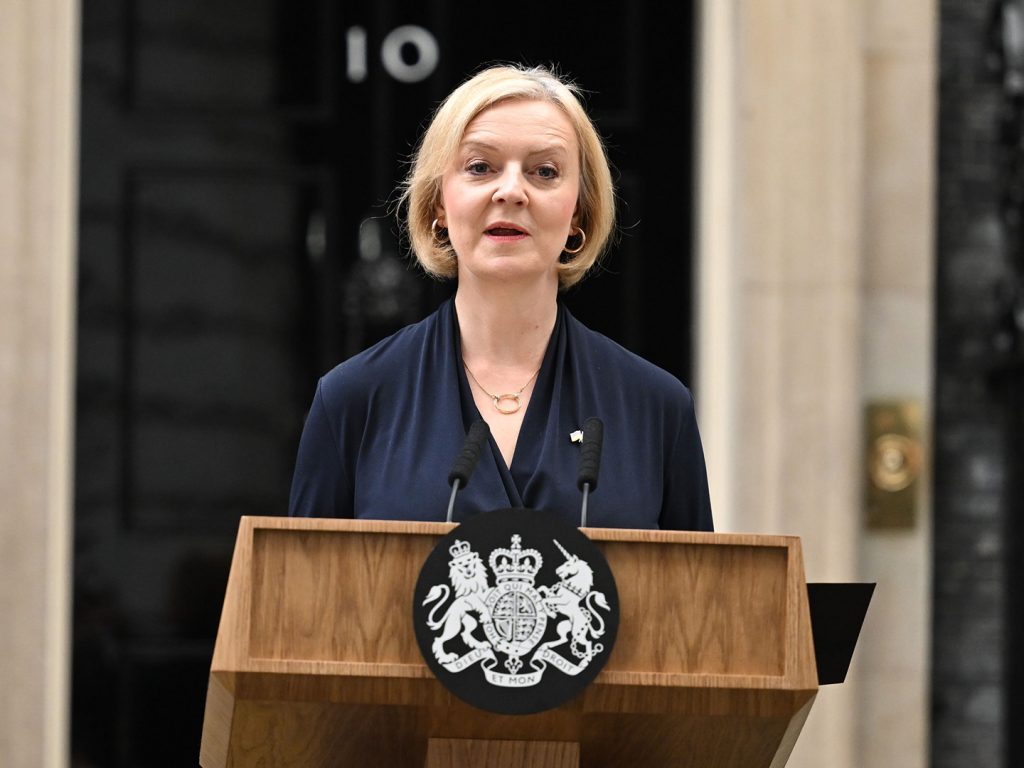 LONDON, ENGLAND - OCTOBER 20: Prime Minister Liz Truss announces her resignation at 10 Downing Street on October 20, 2022 in London, England. Yesterday saw the resignation of the Home Secretary followed by confusion in the House of Commons over the government vote on Fracking. Conservative MPs are openly briefing against the Prime Minister and the 1922 Committee have received letters calling for Truss's removal from one third of their MPs. (Photo by Leon Neal/Getty Images)

The Prime Minister, Lizz Truss, stepped down after 44 days, which became the shortest term served since 1800 when the Prime Minister died while serving. This cause of the early resignation was linked to aggressive tax cuts. These cuts were said to boost the economy but ended up agitating the market moreover. There was also a controversial firing of Kwasi Kwarteng, who was said to be a close finance minister of hers. She was replaced with Jeremy Hunt who failed to make a good impression on the economy with Truss’s ratings going to an all-time low.

Truss came at a time of economic instability which may have played a role in the accelerated resignation, due to expected exponential growth with these problems ashore. The UK  is not willing to allow Truss more time as she was taken out of office on October 25.

Early Life: Lizz Truss was born in 1975 in Oxford, United Kingdom. She attended Merton college. While there she studied philosophy, politics and economics. She also was active in the Liberal Democrats. while attending Merton. She was the president of Oxford’s liberal democrats and a national member of the executive national committee of liberal democrats youth and students. She continued these activities until she graduated in 1996. Before her first big election she had to make unsuccessful attempts to join the House of Commons. In 2010 was elected as a member of parliament for South West Norfolk. As a backbencher (MP) or a legislator who occupies no governmental office and is not a frontbench spokesperson in the opposition, being instead simply a member of the “rank and file“) she advocated for reform in education, childcare, and economy.

December 22, 2022
Thanksgiving Traditions Around the World