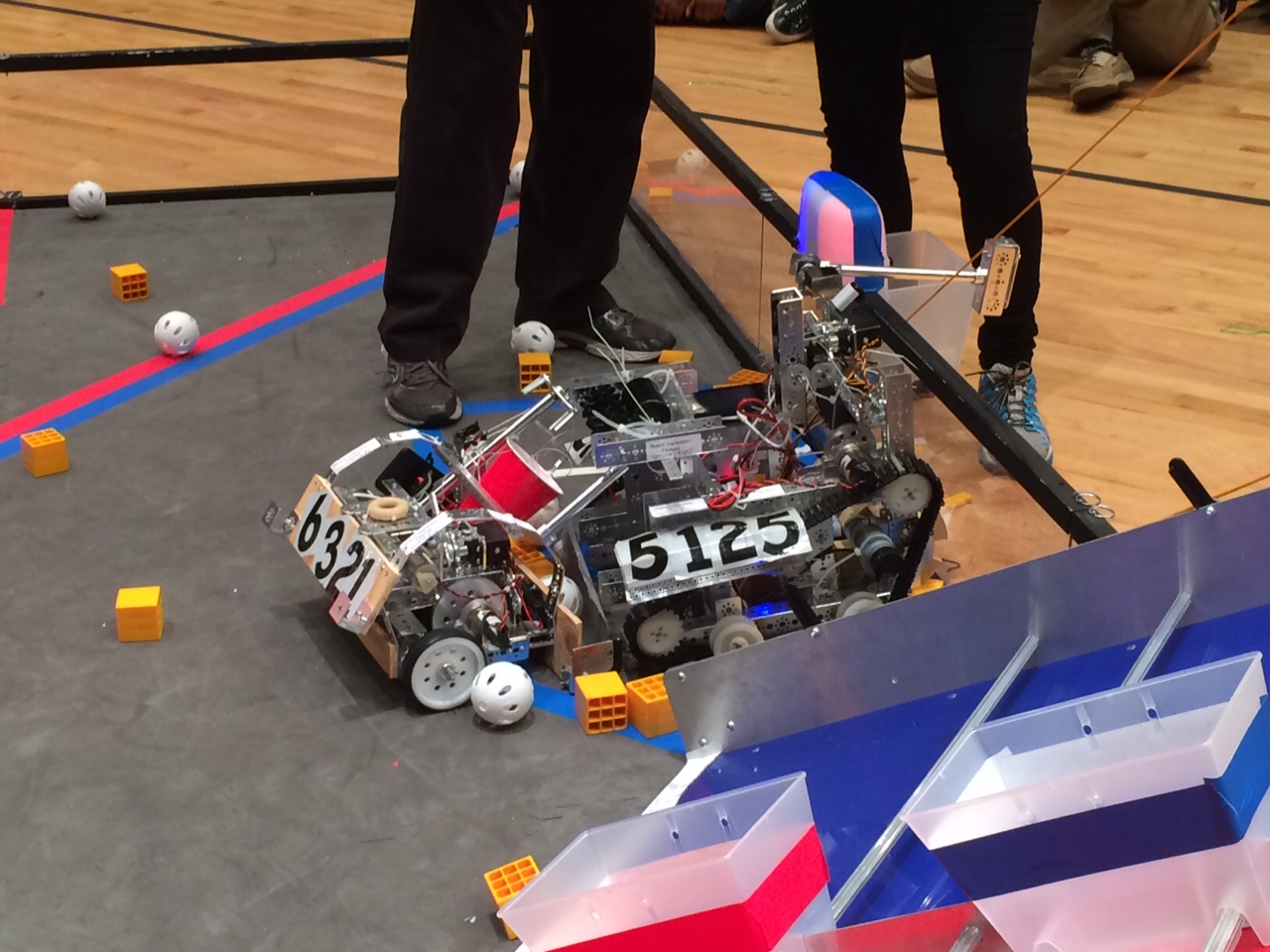 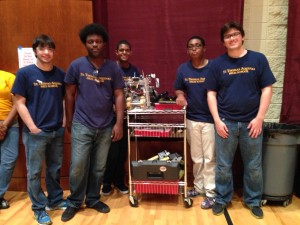 Abundant professionalism and the desire to build advanced technology, these are the qualities on which the Saint Thomas Aquinas (STA) Robotics program is built. On December 12, 2015 STA hosted the annual FIRST Tech Challenge Robotics Tournament at the Bienes Center for the Arts. STA’s two robotics teams, RaiderBots and RoboRaiders, were serious contenders this year. Although the teams make it look easy, building and operating these robots take determination and a coordinated effort on the part of each member.

In September 2015, the two robotics teams received a set of guidelines pertaining to the tournament events and an animated video demonstrating how the robot should be built. From that time, the teams had two months to build their technological masterpiece. The RaiderBots and RoboRaiders began by taking one week to design their creation, then they worked on the  prototype for the robot, which took approximately one month. Once the team completed  prototyping, they held a practice day, in which members came in and competed against each other. After assessing  their robots’ performances, they made the necessary improvements to the robot. 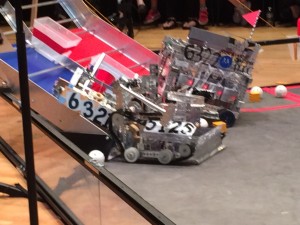 Within the two teams, there are dedicated members who function as the build, programming, design, and support teams. The build team is assigned to build the robot’s frame and drivetrain, and the programming team programs the robot’s electronic parts. The design team has to capture the robot’s functionality in a computer-aided-design (CAD) drawing. The support team perfects the engineering notebook and organizes community outreach activities. All of these contributions are crucial components for the RaiderBots and RoboRaiders’ success in competition. 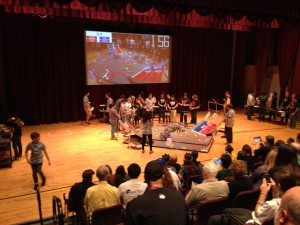 The tournament is comprised of five matches. In each match, two teams pair their robots in what is referred to as an alliance. The robot pairs then compete against another alliance and try to score as many points as possible. The goal of each match is for the robots to drop  as many  objects as possible into baskets, situated at the top of  ramps,  within two minutes. At the end of the match, the alliance with the most objects scores the winning points. At the end of the tournament, all the wins and losses are tabulated, and the resulting calculations determine  each team’s state ranking. Teams must place in the Top 24 in order to proceed to the State Competition.

Although RaiderBots and RoboRaiders did not take the top places at the FIRST Tech Challenge Robotics Tournament, they most certainly invested first rate efforts and dedication in preparation for the event. As the teams head for another tournament in order to qualify for the State Championship, the Raider community is rooting for them.