It is the first Monday of February, and Latin students from every grade are wearing their Latin Forum shirts around the St. Thomas Aquinas (STA) campus. The shirts are adorned with a humorous Latin quote that celebrates the successful completion of another year of Latin Forum competition. Taravella High School hosted the 2016 competition on February 6. 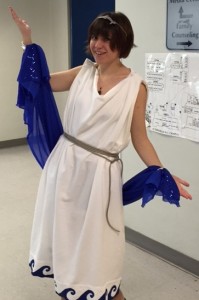 All STA Latin students are under the tutelage of Mrs. Natiello. Mrs. Natiello’s “Latin-ators” have been attending Forum since before she was a Latin student at STA. The prime objective of Forum is competition, and STA students are always ready to compete. One hundred and fifty Latin students, representing regional schools, took academic tests, competed in artistic contests and athletic challenges. Participants were each required to take two academic tests, from options such as Roman History, Geography, Mottoes and Abbreviations. After the morning test time, the fun began. Afternoon events included creative and athletic contests. The creative contests included a variety of Roman-themed art in many different media as well as a costume contest for both couples and singles. The athletic competitions took place outdoors, where students competed in various running events and a softball throw. At the end of the day, four students from each grade competed in Certamen, a jeopardy event. Mrs. Natiello was the proctor of Certamen and read the questions provided by the event’s sponsor, National Junior Classical League. Mrs. Natiello said that Certamen is always the event where STA students excel. 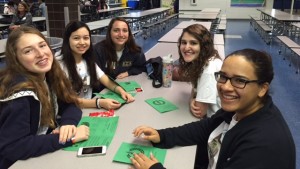 In order to participate in Forum, students must be members of the Junior Classical League. Moderator Mrs. Natiello said that she loves Forum because “… people really enjoy just hanging out. Everyone bonds over the fact that we are ‘supernerds’. Latin students make up such a small group, it’s like you’re in your own special club and society. It is a cool thing to bring together everyone who is in this society and it is a great bonding experience.” Scantrons were used to grade academic tests and then a committee of chaperones, from different schools, judged the creative and athletic portion. Each year, STA brings home a myriad of awards. This year, Certamen teams won, and many STA students placed first, second or third in the academic events. 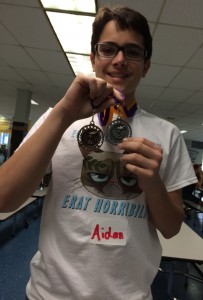 Overall, it was an amazing experience. Freshman Aidan McDonald said that it was “one of his favorite STA memories so far” and he “cannot wait to go for three more years!” Mrs. Natiello declared the event a great success. Students of all grades had fun and look forward to next year’s competition. Seniors are sad to say goodbye to Latin Forum. It was a fantastic day!