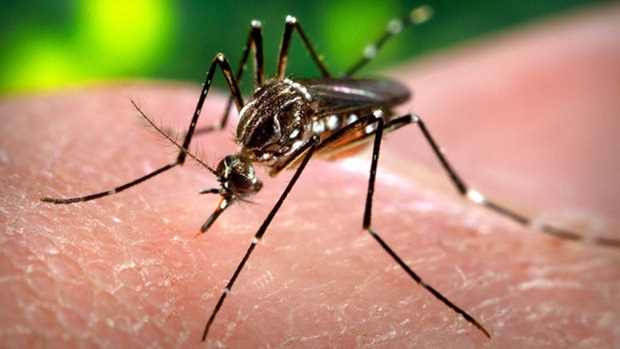 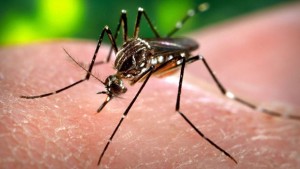 The Aedes mosquito that carries the Zika virus. Photo By: Rafael Gilo

A recent outbreak of the Zika virus gained the attention of people around the globe. According to sciencemag.org, the virus was identified in Africa and Southeast Asia in 1947. In 2007, a significant outbreak occurred on Yap, a Micronesian island. Recently, the virus traveled across the Pacific Ocean to Brazil, then spread from from Brazil to many Central and Southern American countries such as Mexico, Jamaica, Haiti, and Aruba. The cdc.gov site reported that the Zika virus is trasmitted by infected Aedes mosquitos. CDC.com advises that symptoms include fever, rash, conjunctivitis, and joint pain. These usually last for a week, during which victims often do not realize they have been infected due to the similarities with symptoms found in several common illnesses. The Pan American Health Organization (PAHO) announced a confirmed Zika virus infection in May 2015 in Brazil. On February 1, 2016, the World Health Organization (WHO) proclaimed the Zika virus to be a public health emergency of international concern. 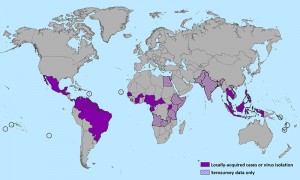 Because there is no cure or vaccine for the virus, it is essential to take precautions. Dr. Clifford Bassett of foxnews.com recommends using insect repellents, wearing long-sleeved shirts, long pants (tucked into your socks), avoiding scented skin care products and preventing mosquitoes from entering homes. The Zika virus is transferred in a variety of ways, with the most common ways being the bite of an infected Aedes mosquito, the exchange of bodily fluids with an infected victim, contaminated blood transfusions, and infected mothers passing Zika to their unborn children. Recently, the world has seen many cases of microcephaly, a serious birth defect that affects the brain. Infants born with microcephaly have heads that are much smaller than typical babies. 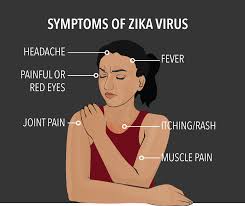 The common symptoms of the Zika virus. Photo By: Beth Herlin

While Zika has alarmed many people throughout Southern, Central, and Northern America, researchers and scientists are working to halt the virus’ movement and effect on the world’s population. Until we discover a cure, taking the time to prevent the virus’ spreading should be a priority for people around the world.