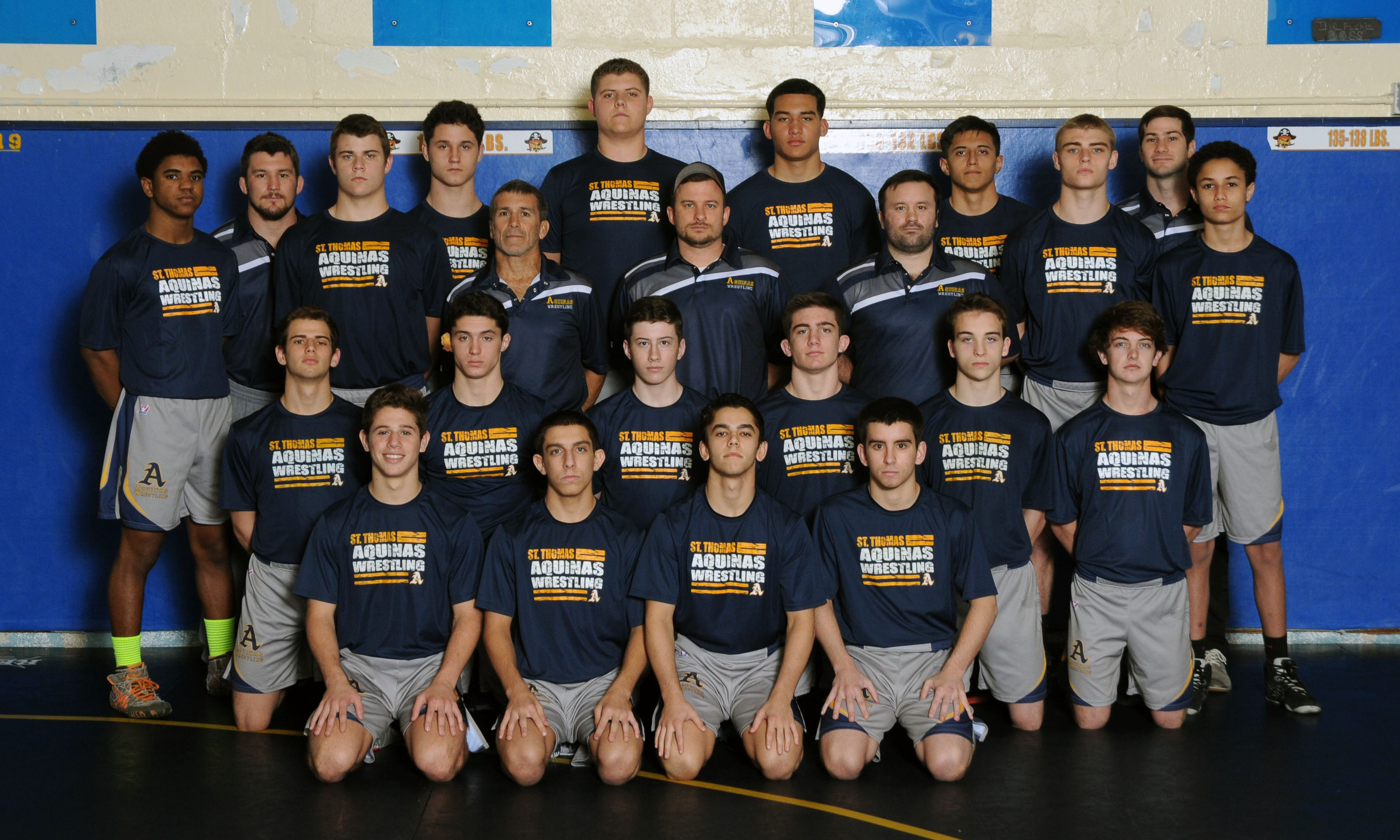 “The [wrestling] team finished third at the state tournament, four of the last five years, and in the top 10 of the state’s academic award race, the last two years,” said Coach Gerard Braun. He went on to explain, “This year the team won BCAA Dual, Distinct, and Regional titles.”

Coach Braun and the Champs

The wrestling team stays very disciplined in order to achieve the best results. Grant Aronoff, a sophomore, won his first state title after competing in the Class 3A state wrestling championship. He was quick to attribute his success to the support and encouragement of his coach and teammates. Coach Braun said, “This year, Grant’s win was a combination of everything he’s been doing right over the years. It’s not just one thing that attributed to his 16-1 win.” Wrestler Steven Moreno said, “Grant is the hardest worker in the room, and as a teammate, he motivates us all.”

The wrestling team meets six days a week during the season. While a typical practice consists of rigorous training, on their own time the wrestlers do additional work outs and runs. They also diet to help maintain peak condition and weight. During the off-season, the team travels to Orlando, Atlanta, Virginia Beach, Michigan, New York, and Oklahoma to compete in the toughest training tournaments in the nation.

Because Coach Braun was a high school wrestler himself, he knows what’s best for the team. He said, “We want to see our wrestlers continue to be successful on the mat, in the classroom, and in the community. The ultimate goal is to win a state title along with the Academic state title.” A lot of effort goes into making the wrestlers into the best possible athletes. Anyone interested in joining the wrestling team should contact Coach Braun in room 323.