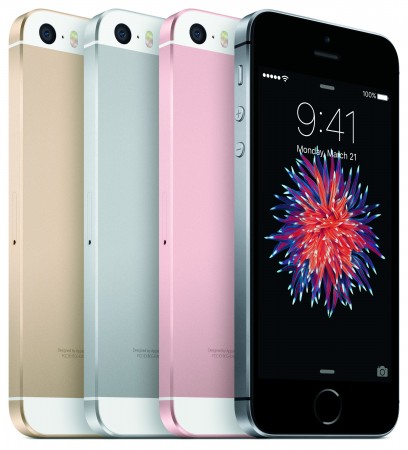 You’ve Got to See the iPhone SE

By Hailie Avila, Tessa Waterman and Christina Nelson
MAY 16, 2016 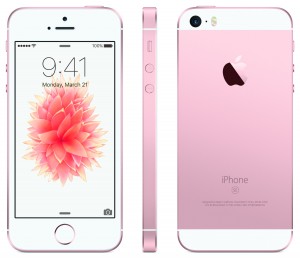 This year Apple released another new style of iPhone. The company began accepting pre-orders for the iPhone SE in mid-March and officially released it on March 31. The iPhone SE has all the features of the 6S packed into the pocket-size of the iPhone 5. According to Apple, this device is “the most powerful four-inch phone ever.” Once again, Apple has upgraded the camera resolution, in fact, Apple claims it is “the only camera you will ever need.” The price of the phone ranges from $399 to $499. 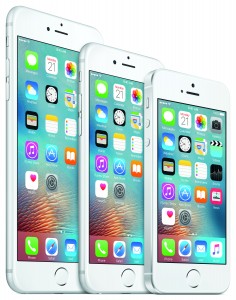 Although this phone is smaller than the iPhone 6S, it has more storage, captures better pictures, boasts faster connectivity on LTE and WiFi, and runs on more advanced hardware. Users can also take “live photos” on the new phone, which, according to technology reviewer Max Parker of trustedreviews.com, it is similar to a GIF image but has the capability of capturing sound at the same time. The phone comes in silver, gold, rose gold and space gray. Just like the other phones, the iPhone SE comes with the charger cord and head, along with a pair of Apple earphones. 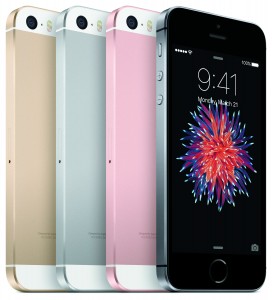 The user can also take advantage of the added security of the fingerprint password.The Home Button fingerprint scanner not only unlocks the phone, but can also be used to authorize the purchase of music, apps or games, as well as activating Apple Pay. The latest version of Siri comes pre-installed and has been modified to answer more questions and accomplish more tasks. Apple has taken the beloved design of the older phones and improved them in order to create this technological spectacle.  For more information, go to the Apple website.