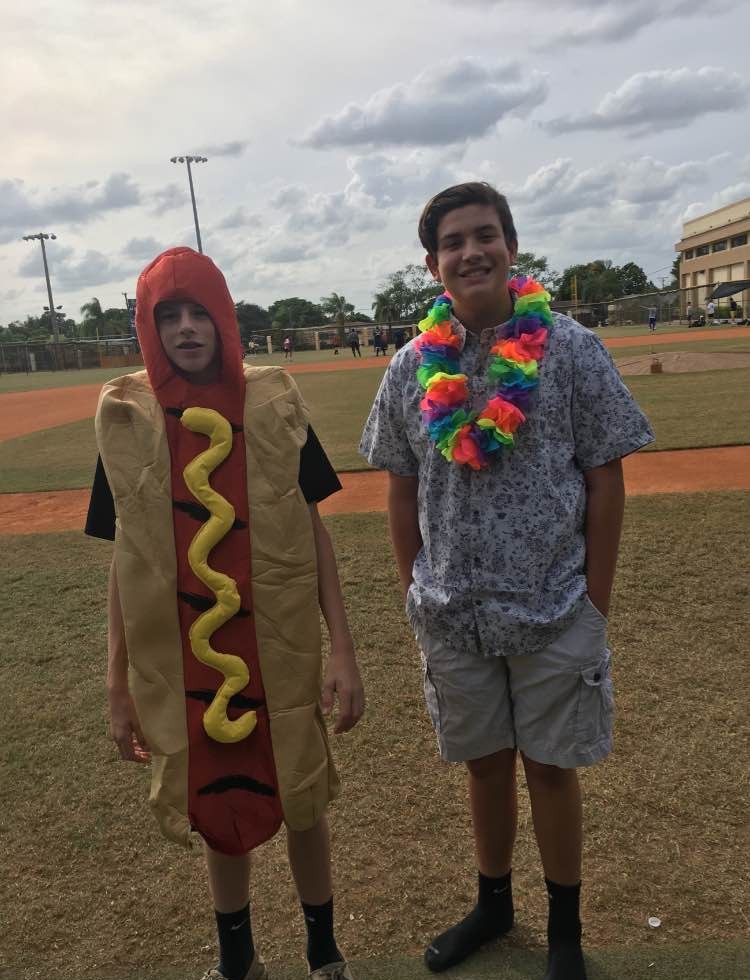 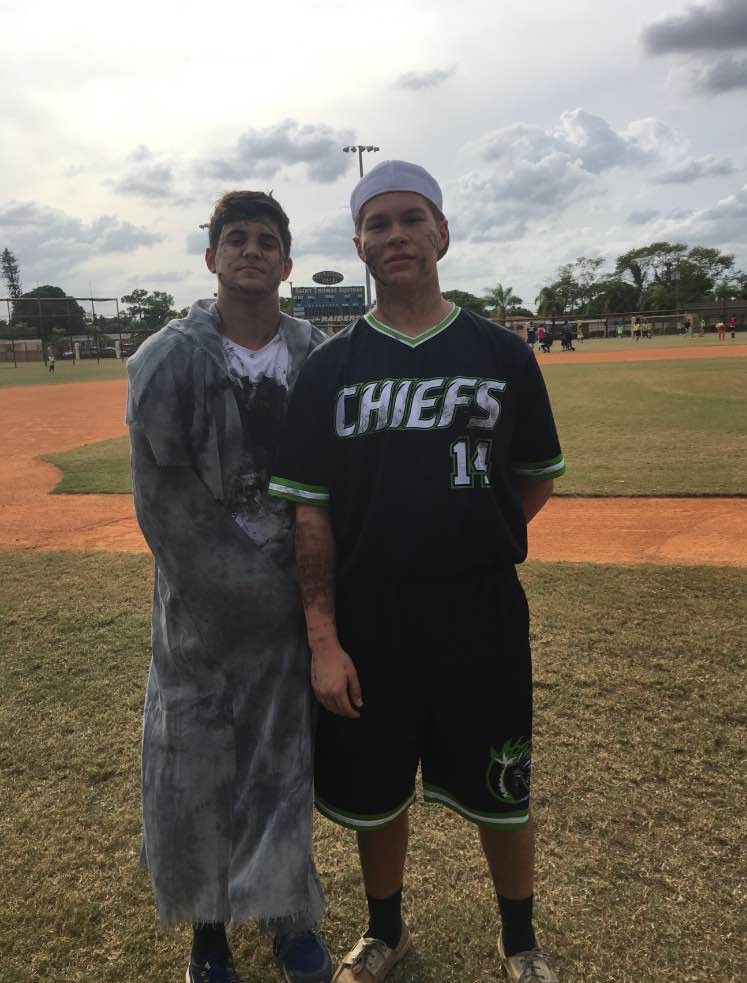 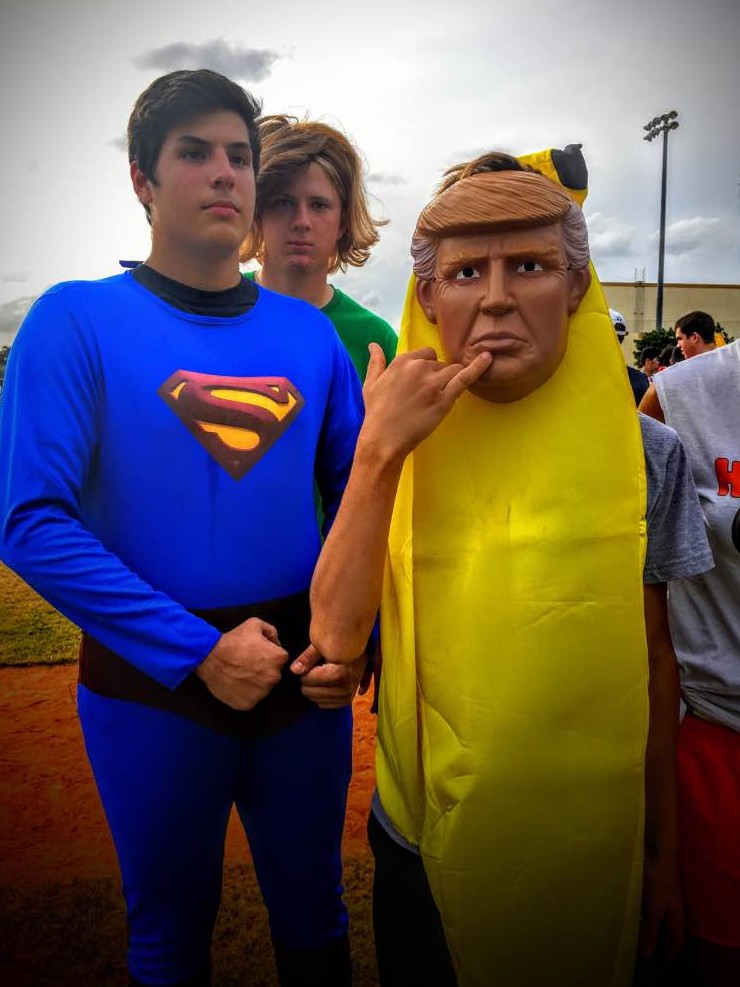 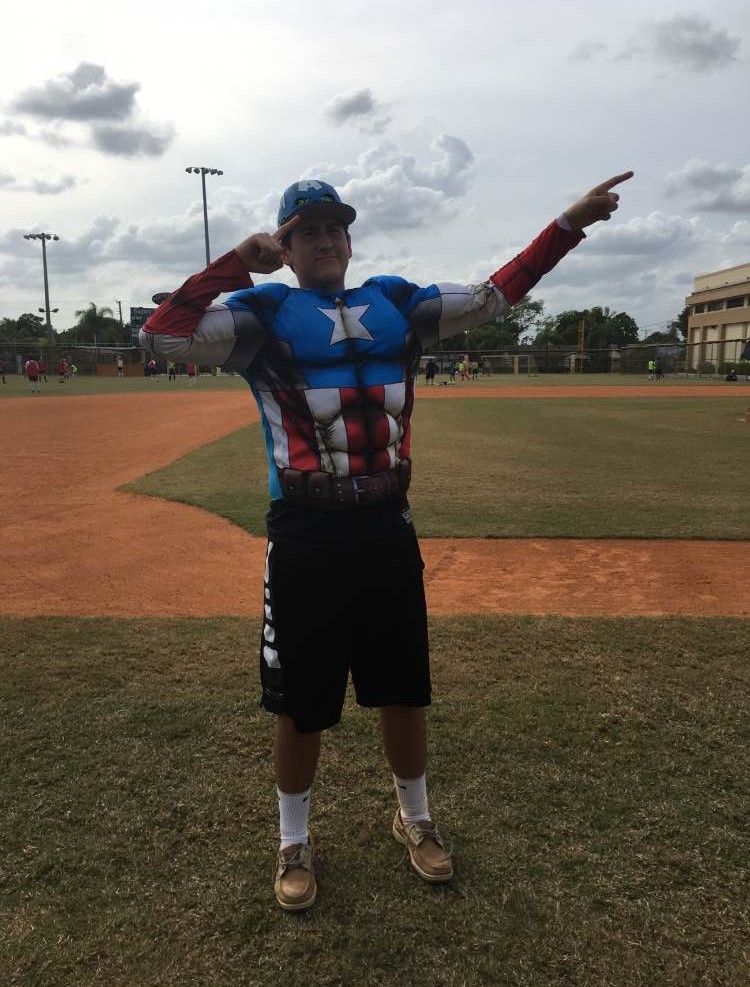 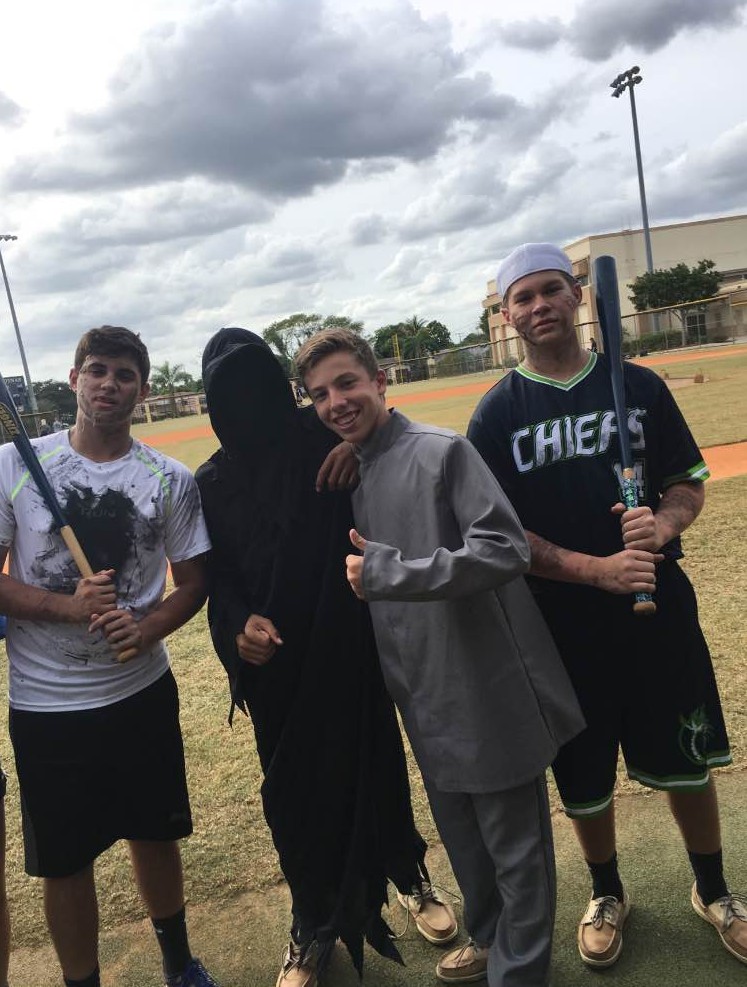 As Halloween approached, there was the usual rush to find a costume, and at Saint Thomas Aquinas (STA) the baseball teams are all about costumes. On October 26, the STA Varsity and Junior Varsity teams had a scrimmage match, but there was a catch. To participate in this game players had to wear Halloween costumes.

At the start of the game, players were divided into two teams; Navy vs. Gold. Coach Troy Cameron lead the Navy team and Coach Scott Cameron lead the Gold team. Each team was allotted six outs per inning and the coaches judged whether or not the players made a hit. The teams played a total of three innings. If a player hit a ball that the coach judged as an out, then a new player stepped up. After one team got six outs, they switched and the other team hit. Most of the innings for both teams were runs scored. After the two hours the game came to an end, with the score being 13-10 for the Navy.

This was not the first year that the STA baseball team had a Halloween Costume Scrimmage. Coach Cameron started this tradition five years ago when he joined the STA athletic department. He said that “Every year is exciting because you get to see more of the kid’s personalities come out. So every year is so different from the past years, but all have been awesome in their own way.” At this year’s event there were a lot of different and funny costumes. Coach Cameron said  “We have had some really good costumes over the years. I would say that one year we had a kid in a full teddy bear costume as Ted, we have had Miley Cyrus, and a six-foot-eight-inch Cinderella. There has been some unforgettable costumes.”

Coach Cameron noted that the best part about this event was, “not just the creativity of the costumes but more so the interaction between the freshmen with the seniors and the camaraderie that this event builds for our program with all the grades. We pride ourselves as a coaching staff that we want our program to be different than other programs. Events like this help us do that and create lasting memories for our kids that they will take with them when they graduate high school.”