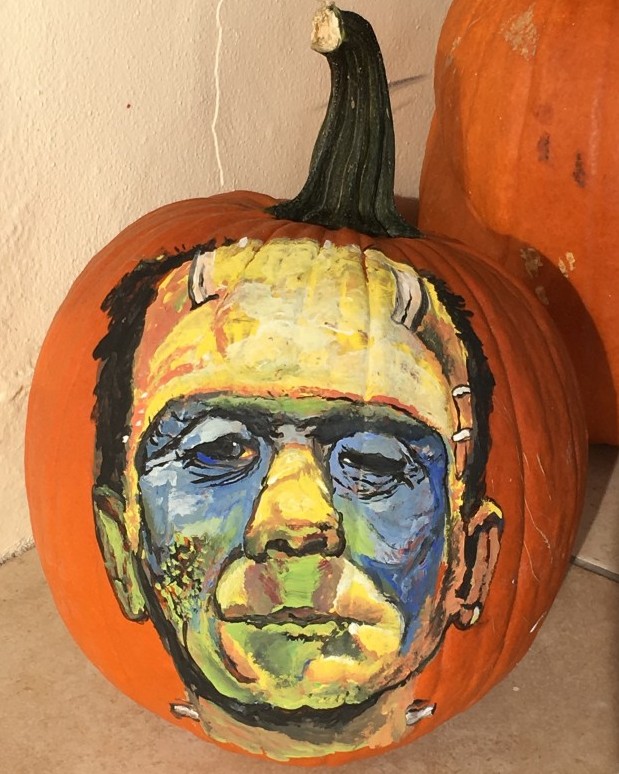 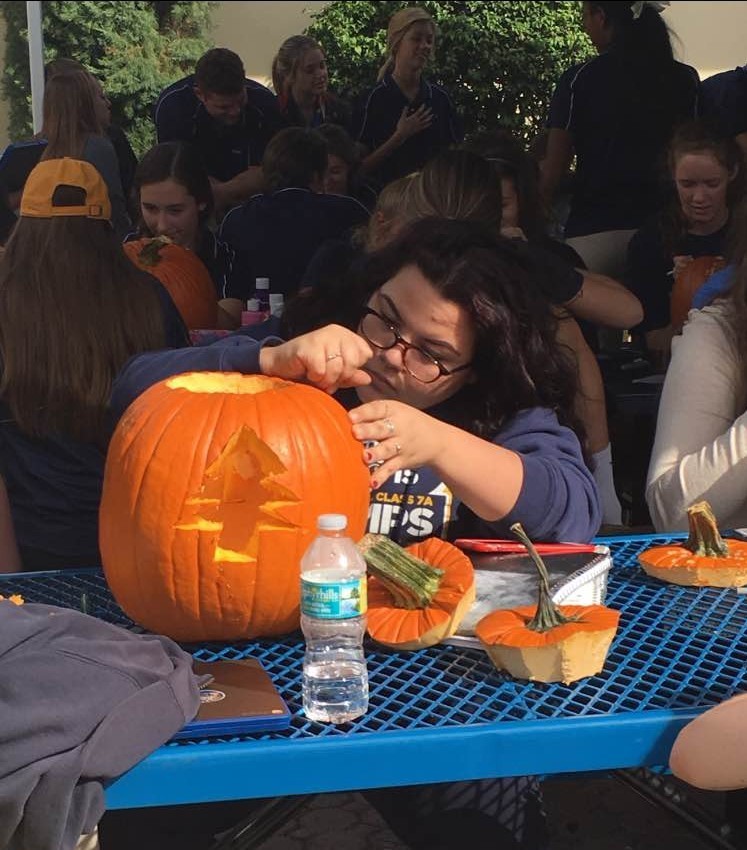 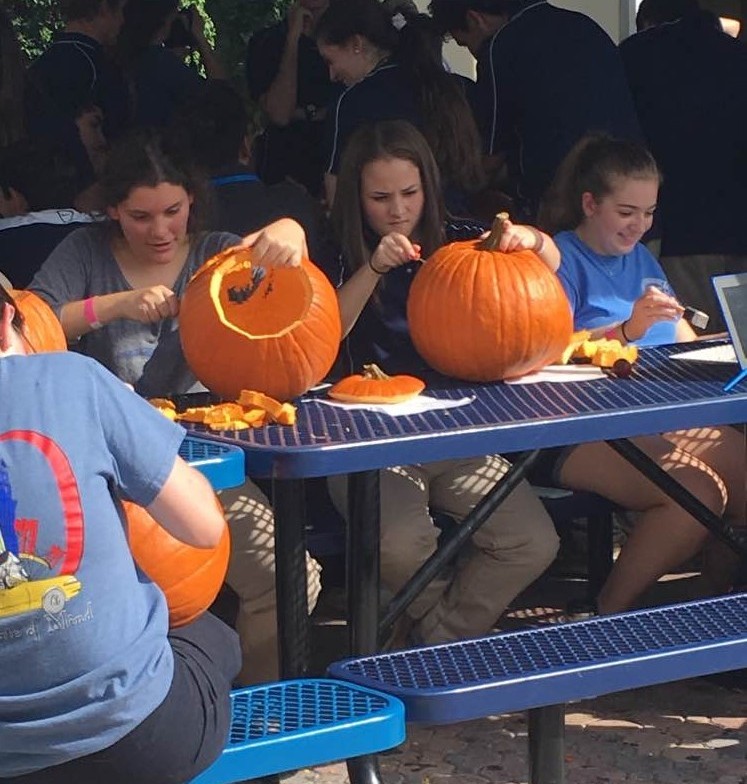 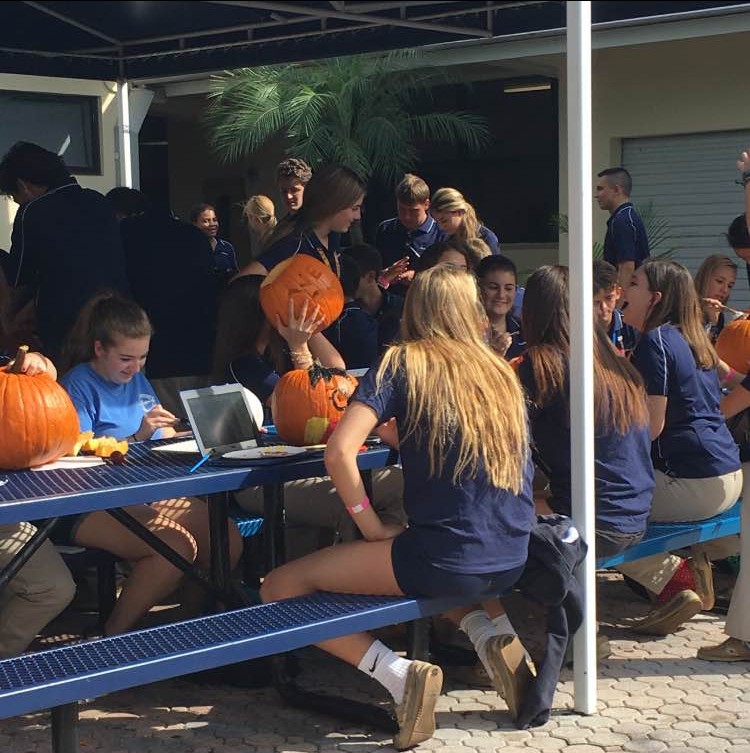 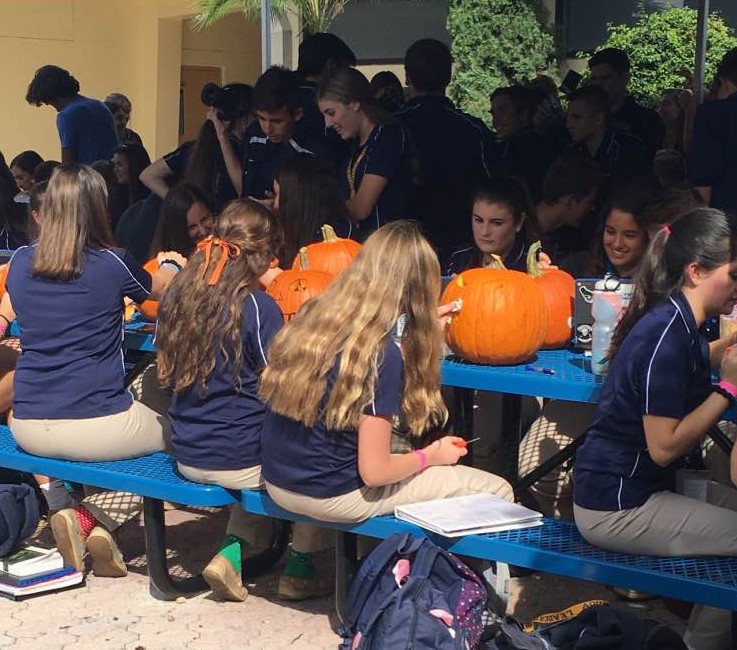 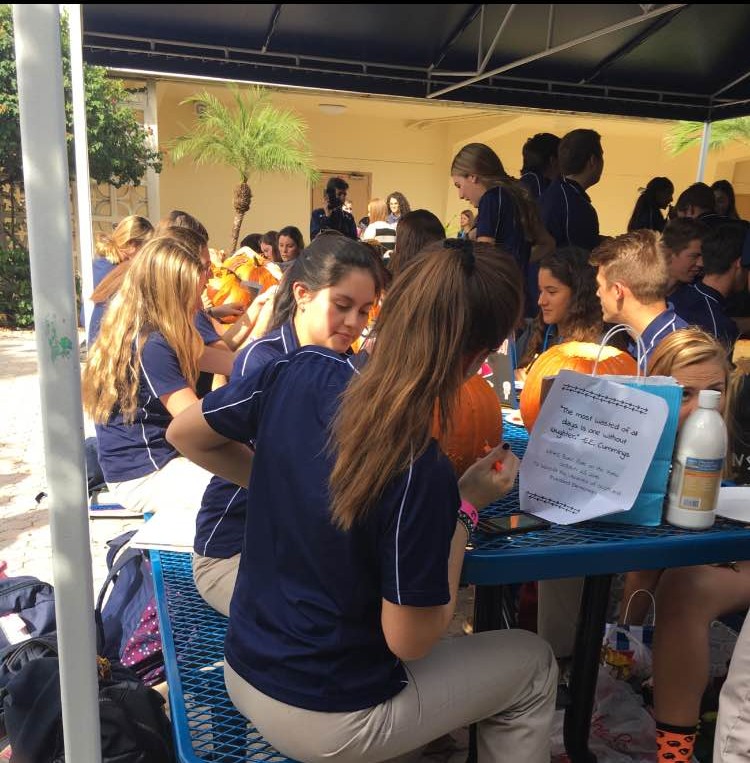 Once again, St. Thomas Aquinas (STA) celebrated Halloween with the second Annual Senior Pumpkin Carving Contest. On Tuesday October 25, at three o’clock, 70 seniors were determined to win. Carving and painting the pumpkins were the two categories for this competition. The stakes were high this year as students competed for great prizes. First prize was a Free Prom Ticket, second prize was 50% off the Price of a Prom ticket, and third prize was a Twenty-five Dollar Gift Card for the Raider Cafeteria.

The contestants had two hours to complete their pumpkins. Senior Moderators Mrs. French, Mrs. Trebbien and Mrs. Stevens judged the results and announced the winners. In the painting category, Julia Chin won third place, Tori Abdallah won second and Sofia Isaac took first prize. In the carving category, Malcolm Ali and Mark Belina tired for third place, John Quinn won second and Rachele Ferraro took first. After the announcements the seniors enjoyed pizza and took time to congratulate each other on their creativity. Some of the pumpkins were on display in the senior hallway for the duration of the week. This was yet another chance for Raiders to showcase their creative talents.