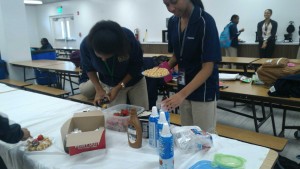 German, Dutch, and French are the three official languages of Belgium. The club celebrated Belgian’s Francophone community by discussing this culture while making and eating Belgian waffles. Ms. Basse, the French Club moderator, said, “The objective of doing this is to expose all of the students to some type of Francophone culture that maybe they’re not familiar with.” The treasurer of the French Club, Chelsea Smalling, said, “I enjoyed eating this delicious food and talking to my friends about the Belgian culture. I have always been interested in the French culture and being able to meet people with the same interests is really great.” For new French Club member Nehry Celoge, this was the first event that she attended. Nehry said, “ I’ve been in the French class for the past two years, and I really like Ms. Basse. She’s an amazing teacher. Joining the club has given me the opportunity to have a better understanding of the language and culture.” 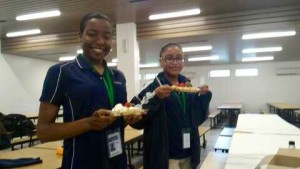 The French Club has held this event for the past three years. Ms. Basse said, “It is mainly for French Club members. We don’t limit the membership to strictly students of French. It can be anyone that is interested in the Francophone culture.” A one time fee of five dollars is required in order to join the French Club and participate in all the activities.

This event was a great way to get members to bond over things that they all have in common. It will be interesting to see what other fun club-activities will be held in the near future.