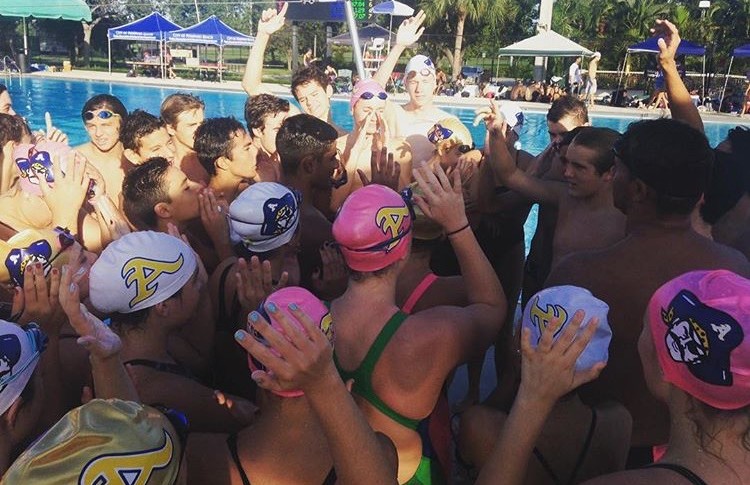 When the St. Thomas Aquinas (STA) swum team competes at a swim meet, they don’t just go, they go to win.  On Tuesday, October 18, 2016, that’s exactly what happened.  The STA Swim and Dive Team competed at the 2016 District Meet.  The meet took place at the Pompano Beach Aquatic Center.  Both the men’s and women’s teams took first place at the meet, once again showing their dominance in the pool.  The men scored a total of 506 points.  The women scored a total of 518.5 points.

An intense season of morning and afternoon practices definitely contributed to the win.  During the meet, several members of the STA swim team obtained best-times for the current season.  Team members were enthusiastically supportive of each other.  What’s next for the swim team?  Well, right now they’re on to defend their titles at Regionals and States.