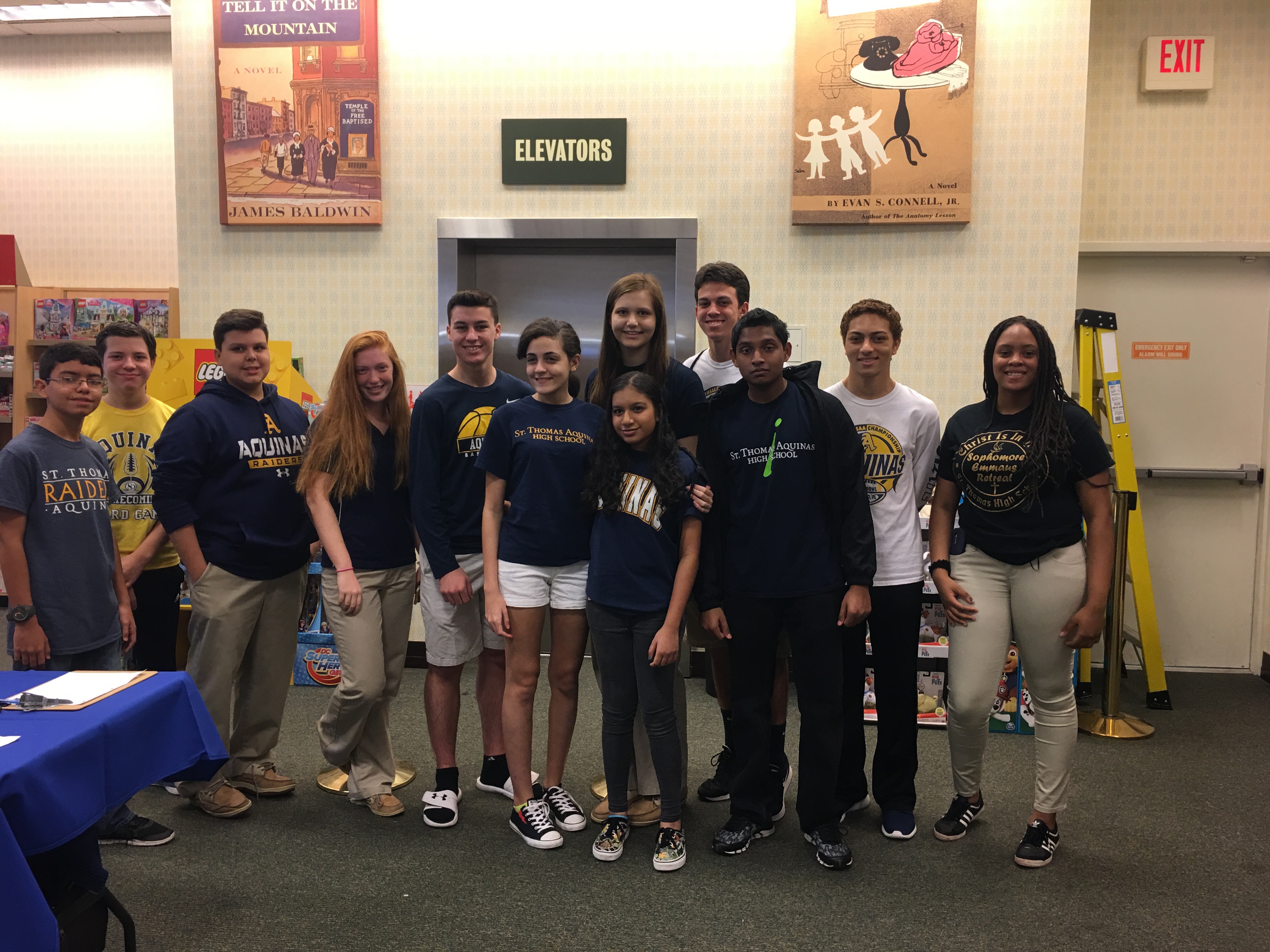 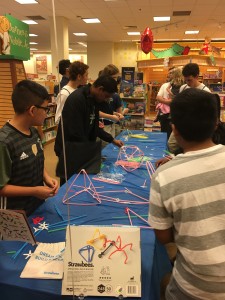 On Saturday November 5, St. Thomas Aquinas High School (STA) was given the opportunity to have student representatives from the Robotics Team and National Technical Honor Society (NTHS) attend the Barnes & Nobles’ Maker Faire located in Fort Lauderdale. The event was held nationwide at all Barnes & Nobles stores from November 5-6.

Many of the STA volunteers who arrived early, helped to set up the display tables for the event. Robotics student, Nicholas Zibelli, stated that the main reason he attended the event was to spread the popularity of robots to children.

During the fair, STA’s robotics students enthusiastically showcased their creations by having them battle each other. Frank Perez, a member of the Robotics team, enjoyed watching the kids visiting the fair as they interacted with the bots that his team made. 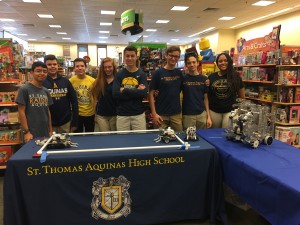 While their children were being entertained, representatives of the NTHS took the opportunity to inform the parents about the programs that are available to students at STA in the fields of science and technology.

When the bots weren’t fighting, the volunteers assisted the younger kids with their Maker Faire projects. Katrina Matteo, the team’s documentarian, enjoyed capturing the Raiders as they helped the children. These projects included the 3D VR Headset, Air Hogs Connect Mission Drone, and Kinetic Toys.

NTHS Moderator, Mrs. Gustinelli, who participated in this event for the past two years, stated that her favorite part of the faire was, “watching the students help the children become Makers.” The faire was a great success leaving families with a little more knowledge about the life of a maker. The Robotics team and NTHS looks forward to attending Barnes & Nobles’ Maker Faire next year, where they hope to encourage even more kids to take an interest in science and technology.