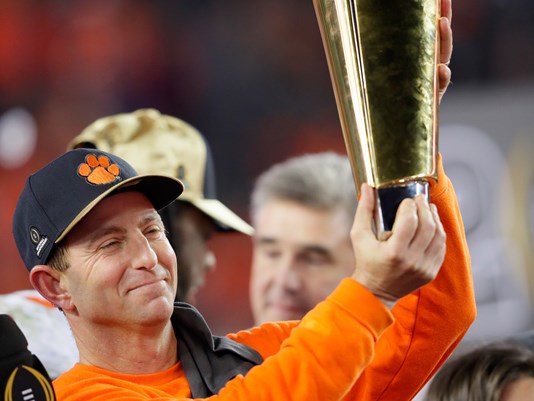 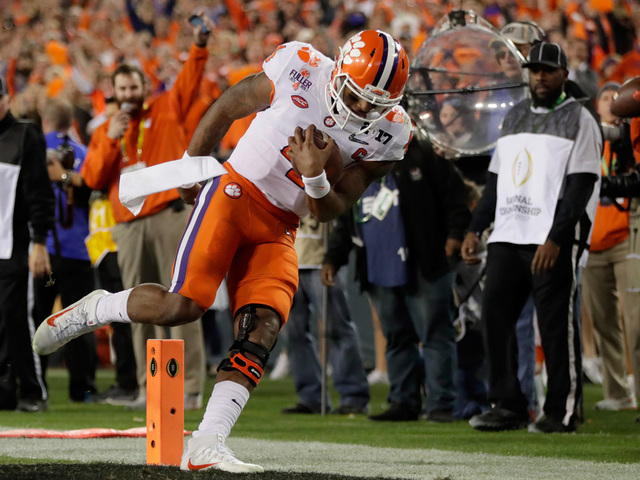 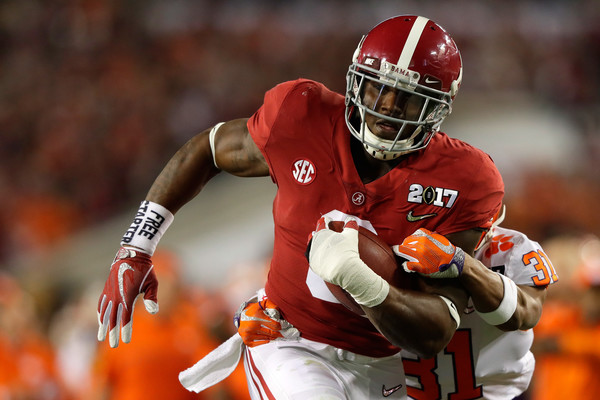 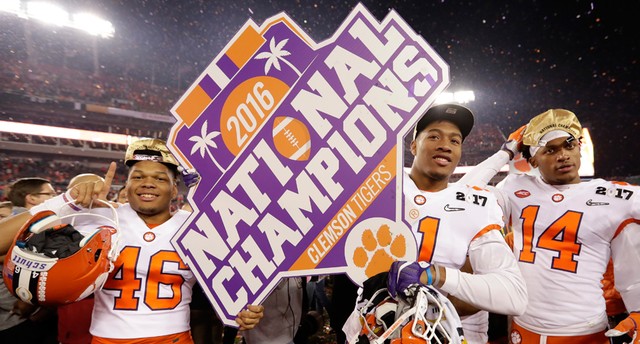 History would be made no matter what the outcome. If Alabama Crimson Tide was victorious, Coach Nick Saban would win a sixth National Championship, tying with the great Bear Bryant. If the Clemson Tigers won, they would win their first National Championship since 1981. Coming into the game 14-0 and on a 26-game winning streak, the Tide was playing for back to back Championship wins. The Tigers headed in 13-1 and were looking for revenge after last year’s loss in the Championship to Alabama 45-40. During the week preceding the big game, fans generated a lot of hype around the city of Tampa and Raymond James Stadium. The key matchup, for many, was the Clemson offense against the number one defense, Alabama.

After a slow start to the game for both teams, Alabama struck first with a 25 yard touchdown run in the first quarter, followed by a 37-yard touchdown in the second, both by Bo Scarbrough. Needing a touchdown after falling behind 14-0, Heisman finalist Deshaun Watson was able to tip-toe down the sideline for an eight yard touchdown run to cut the lead to seven at halftime.

After a 27-yard field goal by the Tide to start the second half, Clemson, once again, was able to answer with Watson’s 24-yard strike to Hunter “Big Show” Renfrow. Minutes passed before the offenses started to explode. The shootout started when Alabama’s true freshman quarterback Jalen Hurts hit a wide open O.J. Howard for an explosive 68-yard touchdown catch to end the third quarter. The Tigers did not show any sign of giving up as they scored back-to-back touchdowns to take their first lead of the game, 28-24. With only two minutes remaining, Jalen Hurts scrambled for a 30-yard touchdown run to grab the lead back, 31-28. Clemson faced a very difficult task at hand. They had to drive the length of the field against the nation’s number one defense. After putting together a nice-looking drive, Clemson was at the two yard line when Deshaun Watson hit a wide open Hunter Renfrow for a two-yard touchdown pass with one second remaining to make the score 35-31. Clemson, despite being labeled the underdog, was able to beat the undefeated Bama and win their second ever National Championship.