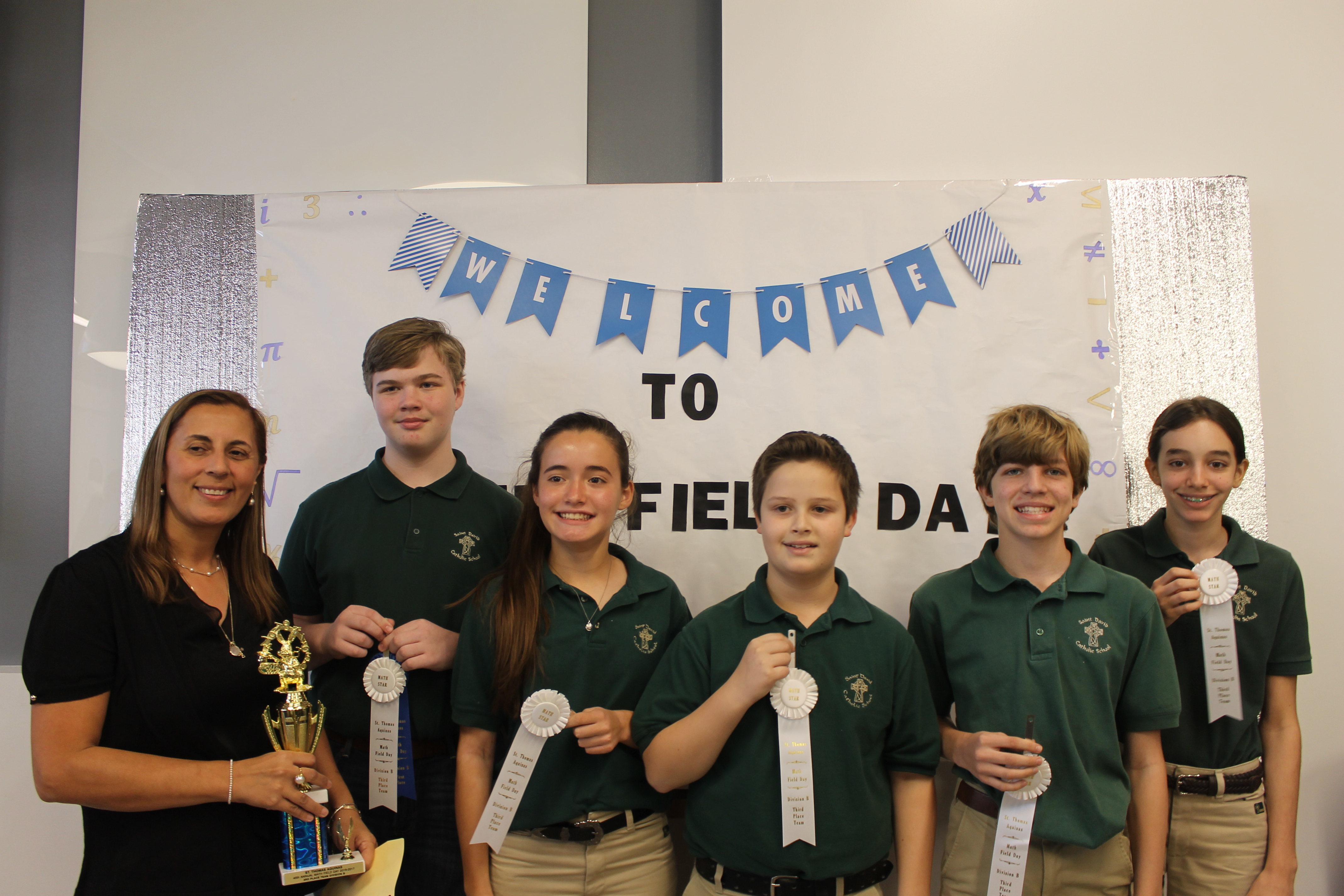 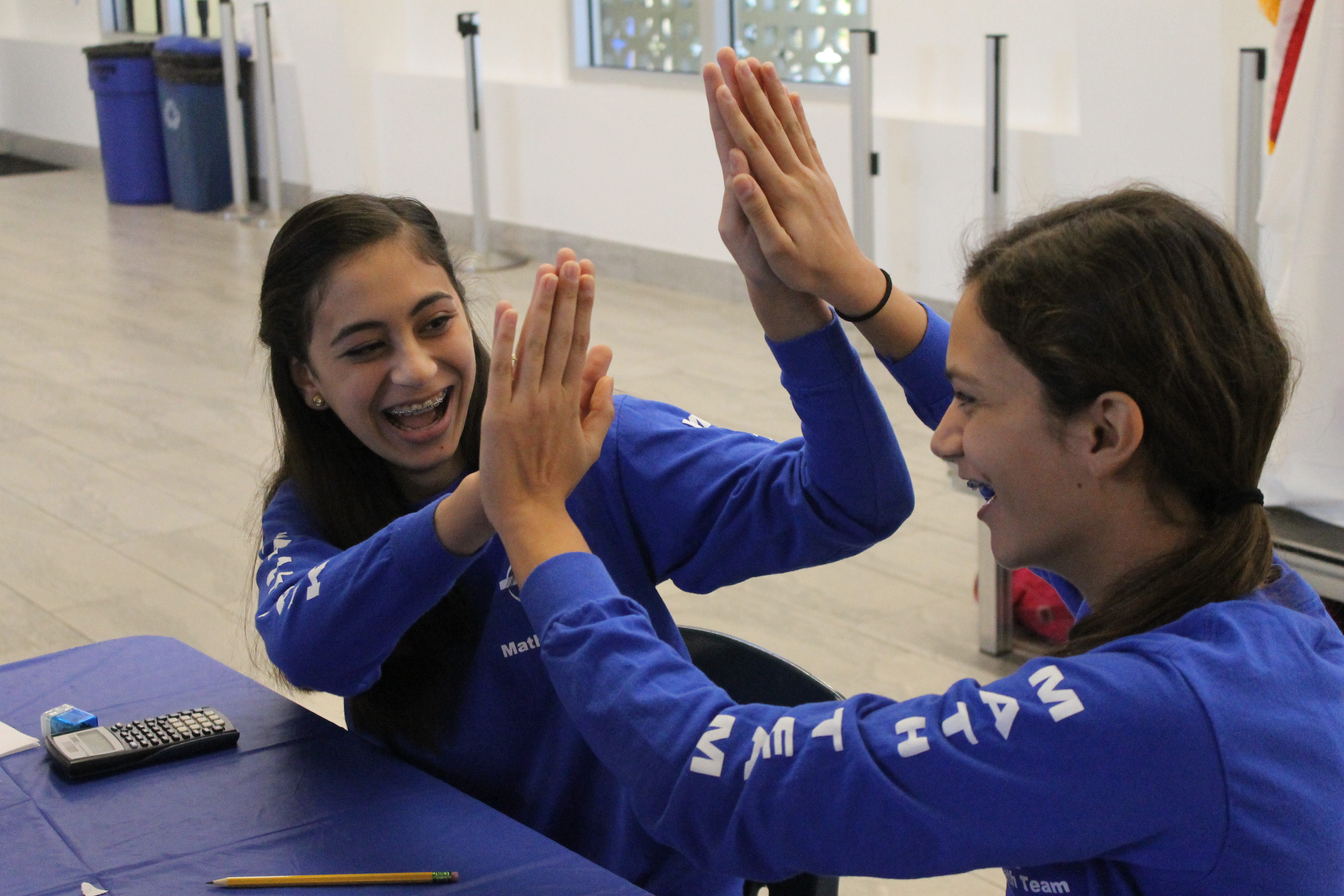 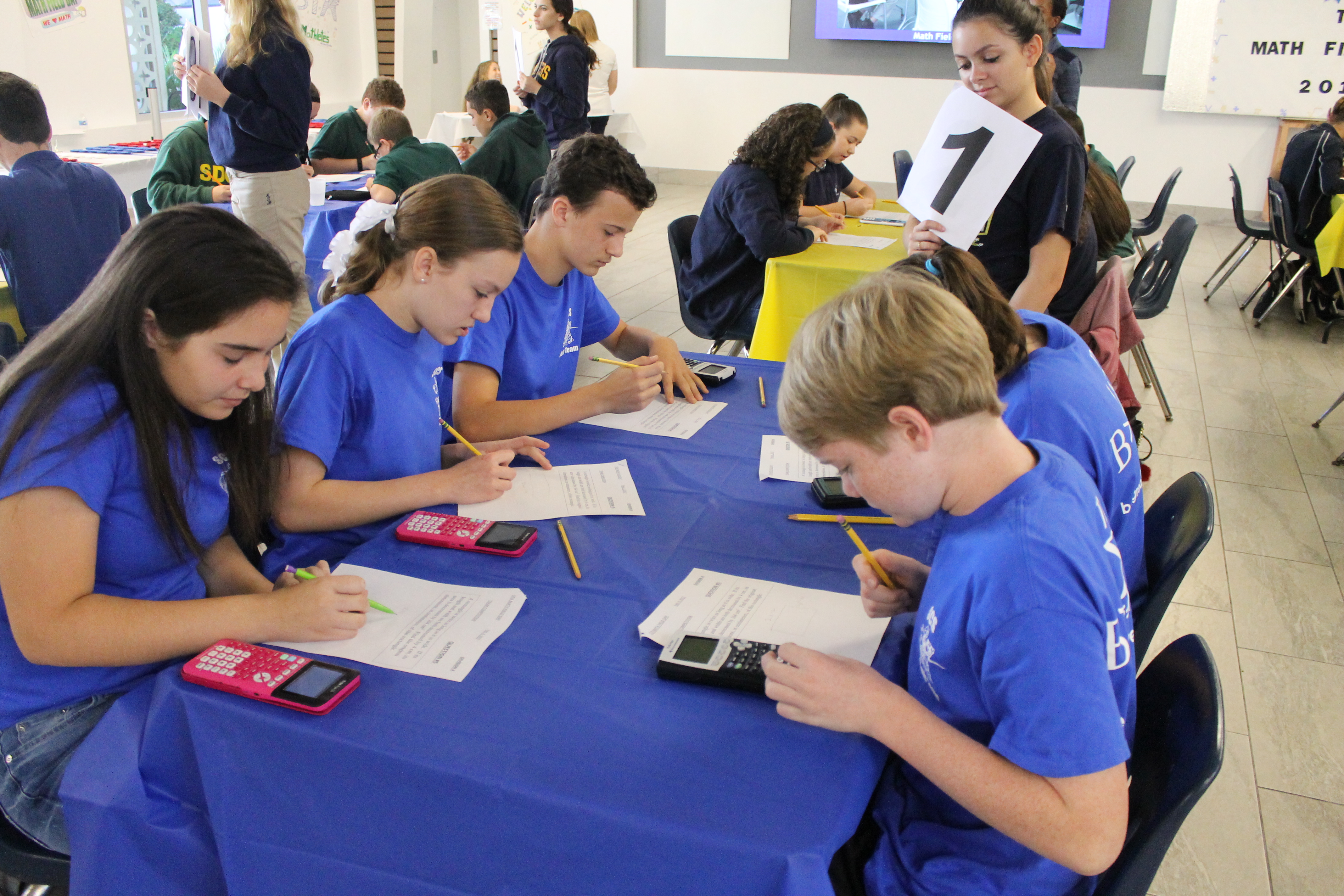 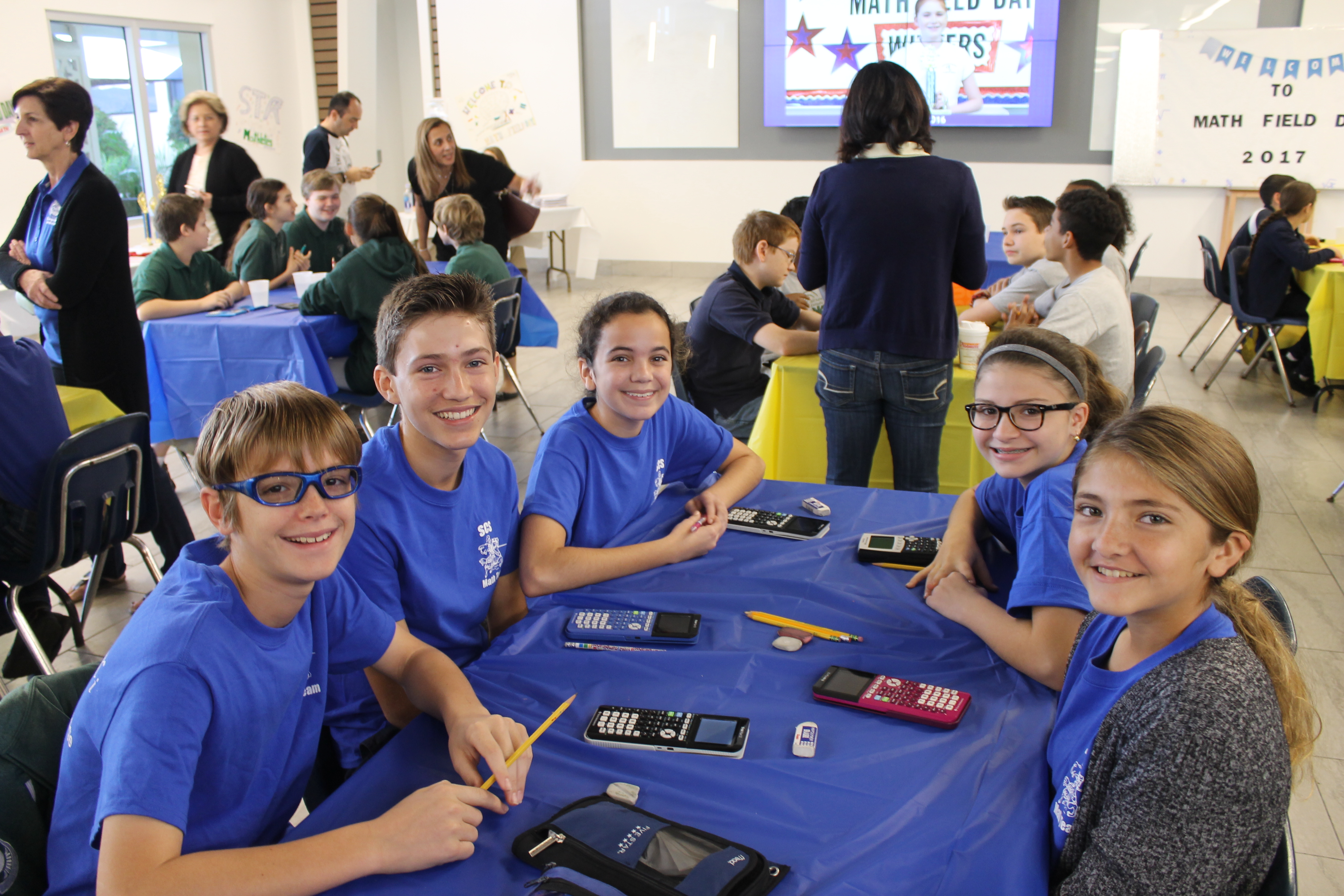 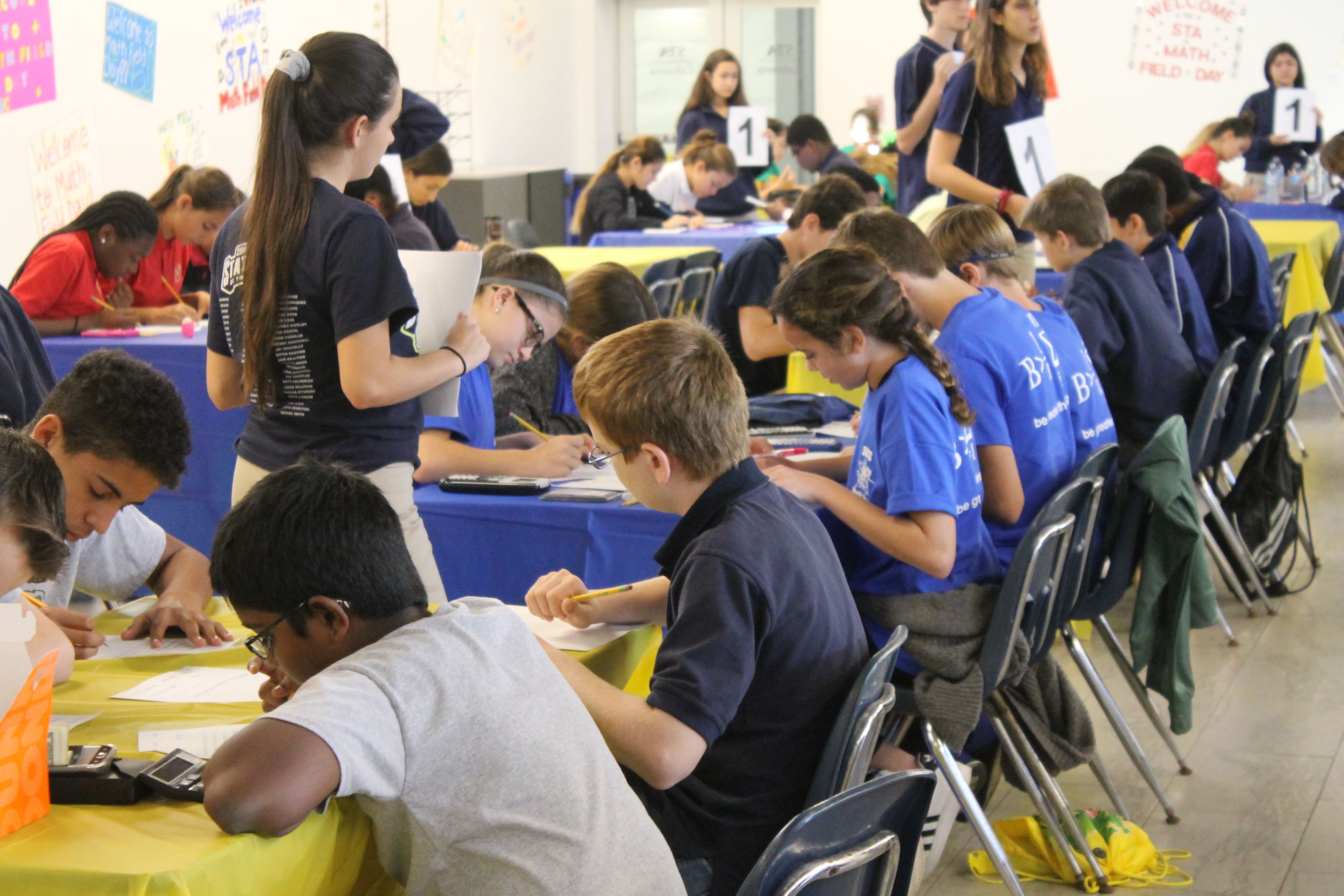 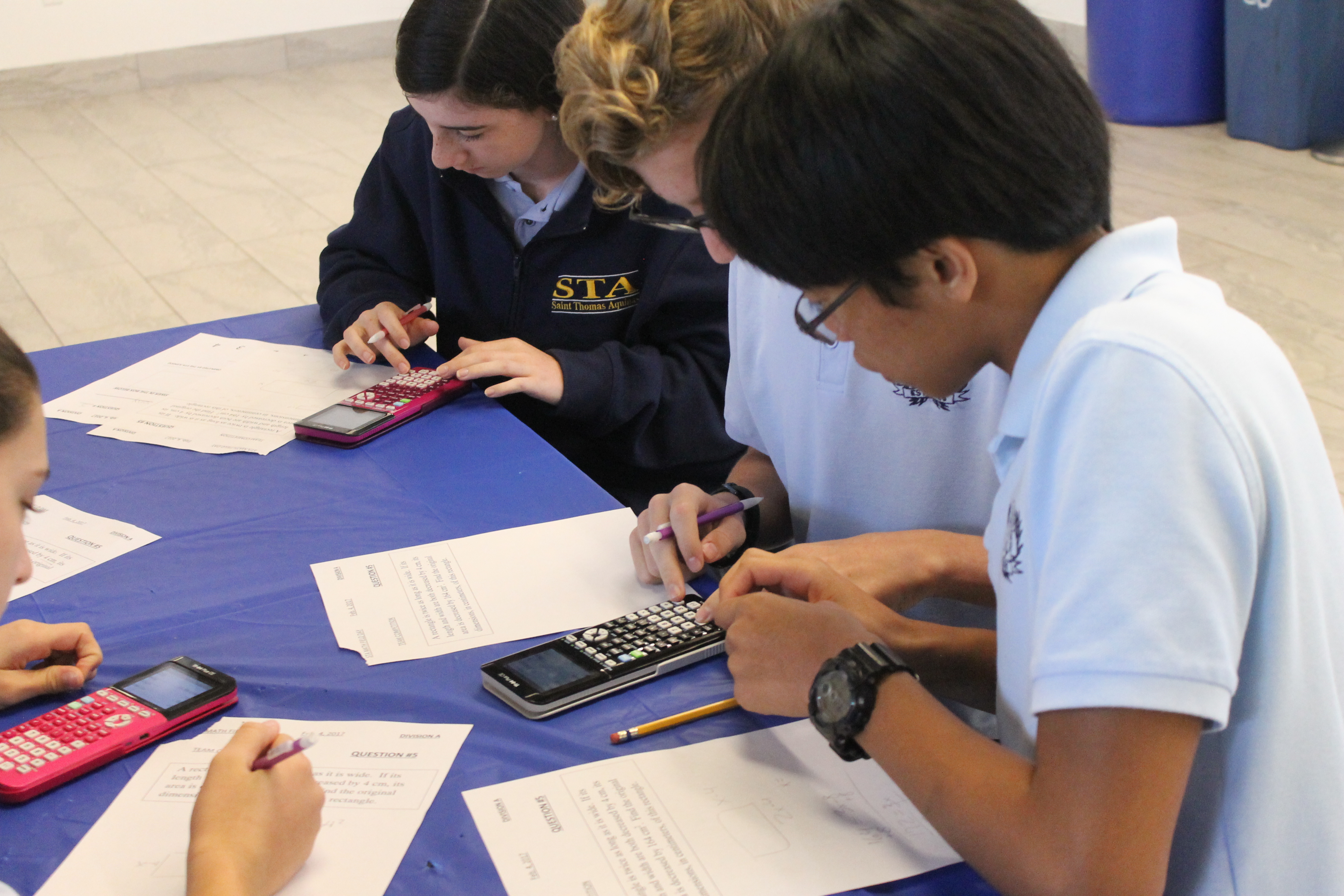 St. Thomas Aquinas (STA) High School’s annual Math Field Day was held on February 4, 2017. More than forty years ago, former STA Principal Sister John Norton started this event in which Catholic middle schools located in Miami-Dade and Broward counties get together for a friendly math competition. This year, each school brought ten student representatives to compete in both individual and team events. 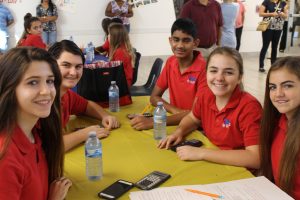 In the individual event, students were challenged with a thirty-five-question, multiple choice exam. Once that was completed and graded, the two highest scores from each school as well as the top five overall scores were announced, and those students were awarded either a ribbon or trophy depending upon their placement.

In the team event, the ten students from each school were placed into two teams, comprised of either the 6th-and-7th-graders or 7th-and-8th-graders. Team members worked together to solve seven math problems. Upon completing the math problems, each team submitted a paper with their answers. Points were awarded for accuracy as well as timeliness. The top three teams won awards. 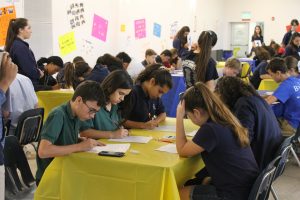 The highest ranking schools were All Saints, Mary Help of Christians, St. Coleman, St. David, St. Gregory and St. Rose of Lima. Once again, STA’s Math Field Day was a huge success. This would not have been possible without Mrs. Jennifer French and the other faculty members of the math department, who contributed many hours in preparation for the event, as well as the student volunteers from the Mu Alpha Theta Honor Society, who helped by timing the team competition and assisting the organizers.