What if it was possible to make a paralyzed person walk again? Well, thanks to modern technology, we may achieve this goal sooner than anticipated. In the next 10-15 years, scientists are hoping to reverse paralysis caused by spinal cord injuries. Grégoire Courtine, a French neuroscientist, is now developing revolutionary technology that will connect the part of the brain that controls movement to the spinal cord.

École Polytechnique Fédérale de Lausanne, a Swiss based research company, says “The brain-spine interface bridges the spinal cord injury, in real-time and wirelessly. The neuroprosthetic system decodes spiking activity from the brain’s motor cortex and then relays this information to a system of electrodes located over the surface of the lumbar spinal cord, below the injury. Electrical stimulation of a few volts, delivered at precise locations in the spinal cord, modulates distinct networks of neurons that can activate specific muscles in the legs.”

The original experiment was conducted on a partially paralyzed macaque monkey. The results were hopeful. As the chip interpreted the monkey’s intentions to move, the paralyzed leg began to extend and flex. From there, he was able to walk. When interviewed by the MIT Technology Review, Courtine recalled, “The monkey was thinking, and then boom, it was walking.” After testing on the monkey was successful, the researchers wanted to test the process on a human subject. A quadriplegic patient (a person who is unable to move anything below the shoulders) volunteered for the experiment. The doctors put two recording implants into the man’s brain, as well as several electrodes into his arm and hand. He was able to slowly raise and lower his arm, while clenching and releasing his hand.

The progress that scientists have made on reversing paralysis is remarkable. The technology is promising, and this advancement will have a life-changing impact for those suffering from paralysis! 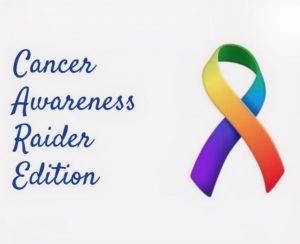