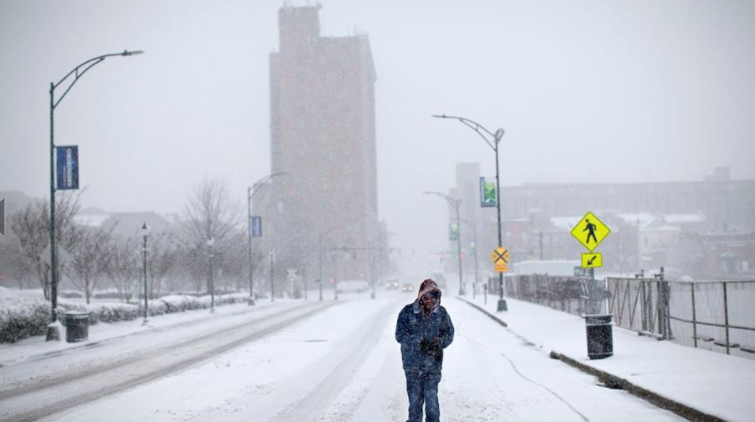 On Thursday, January 4, 2018, a major blizzard named Igna hit parts of the New England area and continued south through Kentucky, Tennessee, northern parts of Alabama, Mississippi, Louisiana, then through Arkansas and into Texas. According to a report by Holly Yan and Judson Jones of CNN.com, those states were hit with what’s known as a “bomb cyclone” or “bombogenesis.” Meteorologists use this term, to describe a “mid latitude cyclone that rapidly intensifies” (definition from NOAA). This bomb cyclone buried the New England area in six to twelve inches of snow and brought wind gusts of 40 to 60  mph.

Major airports canceled hundreds of flights due to severe weather conditions. According to an article by Aric Jenkins at Travelandleisure.com, on January 16, Delta cancelled about 275 flights, American Airlines cancelled about 270, but United Airlines topped the list more than 700 cancellations. This is a small portion of the airlines business’, but, at the end of the day, it represents millions of dollars in losses.

The roads and sidewalks were treacherous, bringing pedestrian and vehicle traffic to a veritable halt. Bridgewater, Massachusetts threatened to implement a fine of $40 for residents who did not clear the snow and ice from their vehicles before they hit the roads. Chris Dolce from Weather.com reported that areas in Texas experienced multiple accidents due to the volume of rain and sleet building up on the streets.

According to Statesman.com, the Houston school district, which is the largest in the state (215,000 students), cancelled its classes on January 16, due to this cold front. Other schools in cities like Galveston, San Antonio, Waco and Tyler also shut down, along with Texas A&M University, in College Station, and the University of Texas at Tyler.

After household heaters caused four fires, Houston’s Fire Chief, Samuel Pena, noted that people were “using more innovative ways to keep warm and heat their homes” and he stressed that if residents used heaters, they needed to do so safely.

For Floridians, it may be hard to imagine what freezing cold weather and these conditions feel like considering that getting hit with 45 degrees is the SoFLo version of a blizzard.