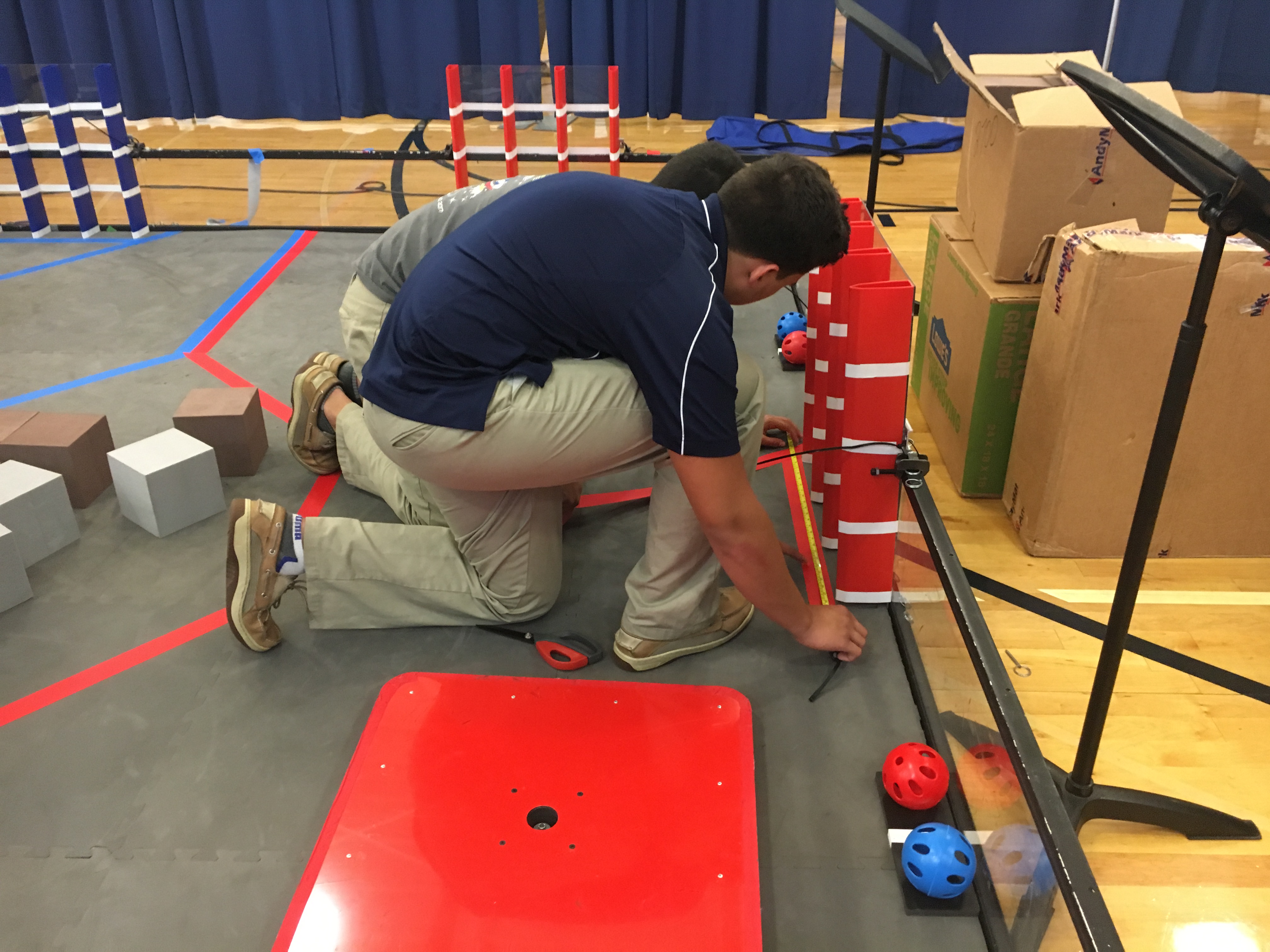 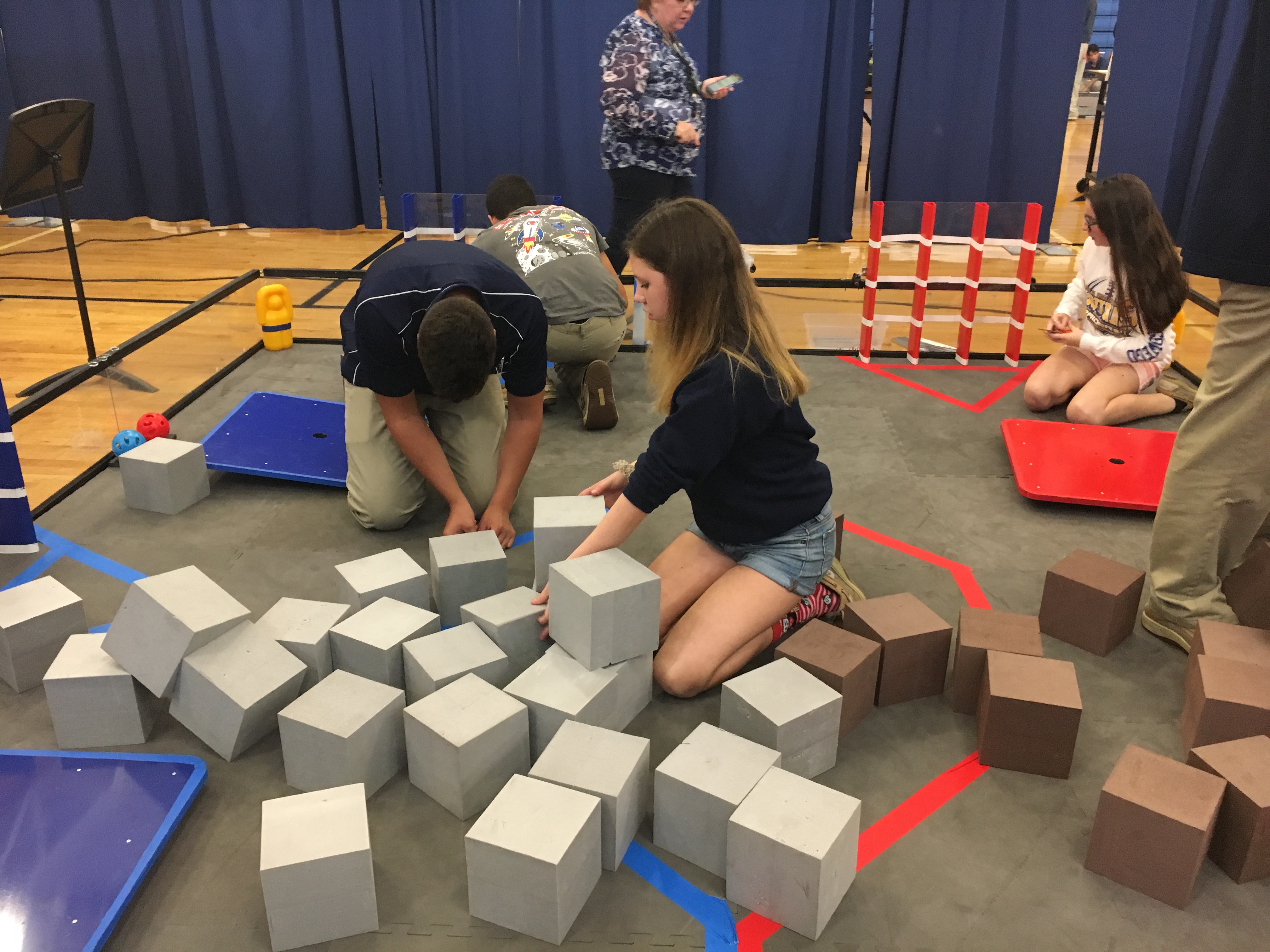 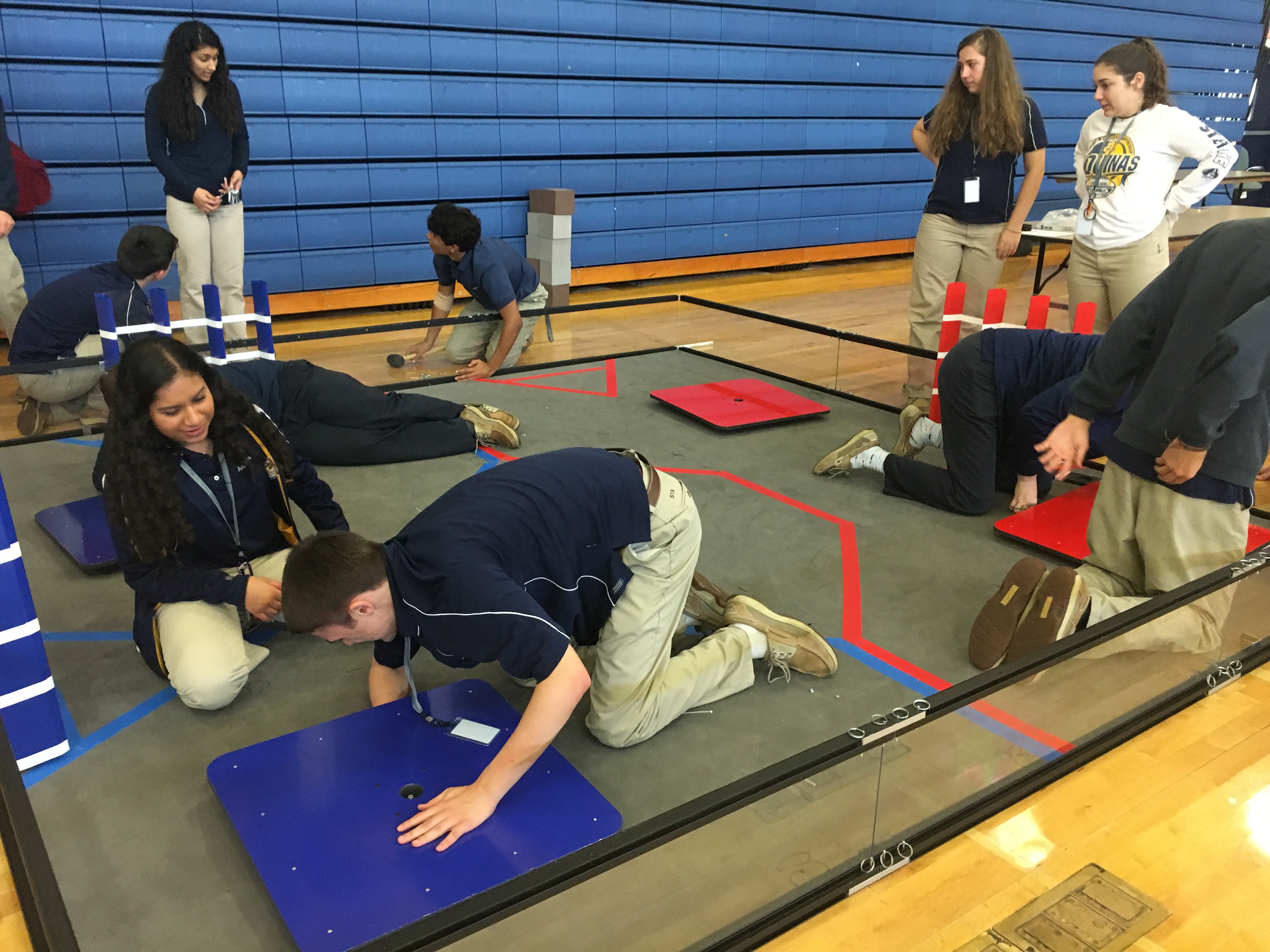 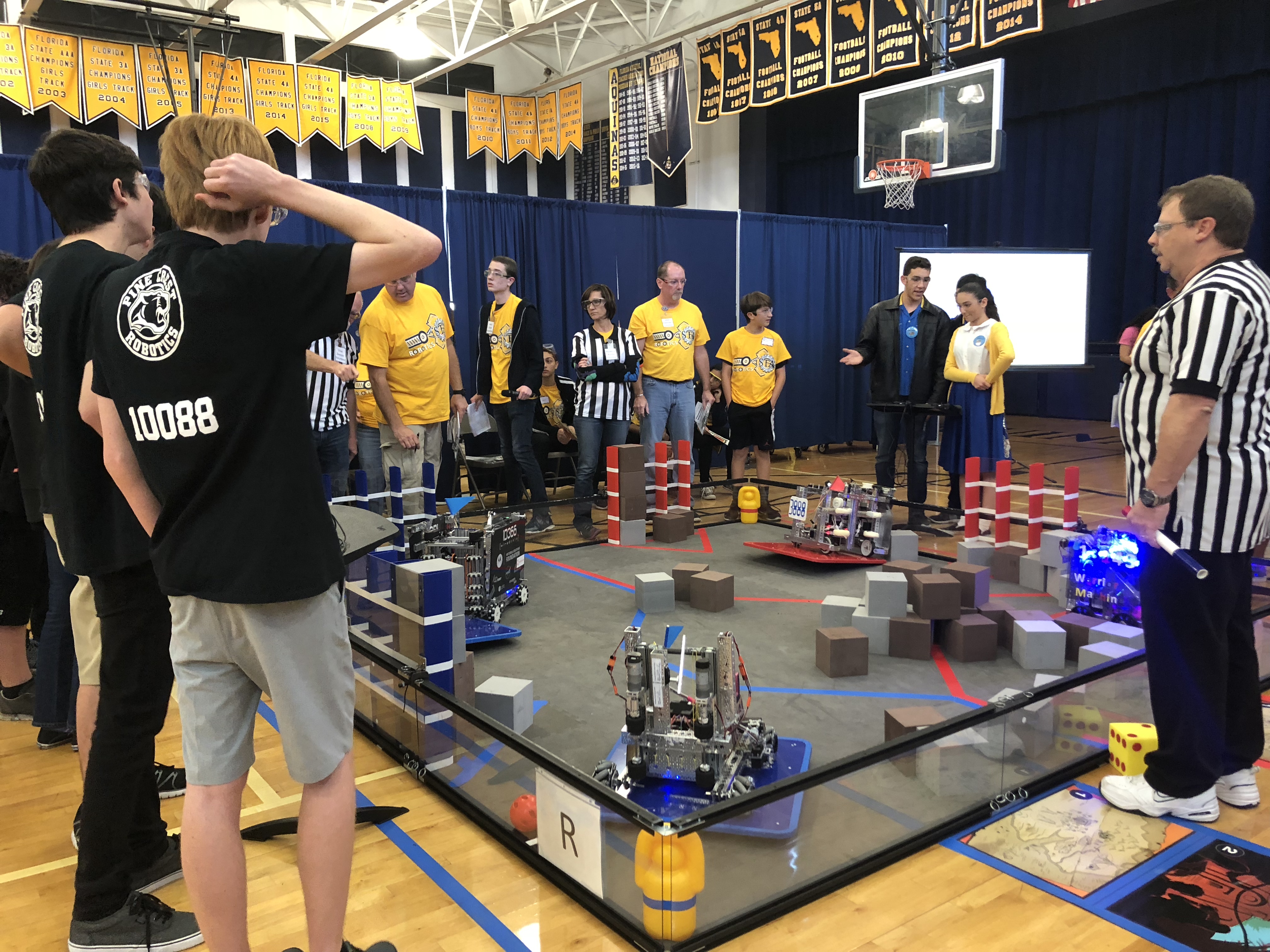 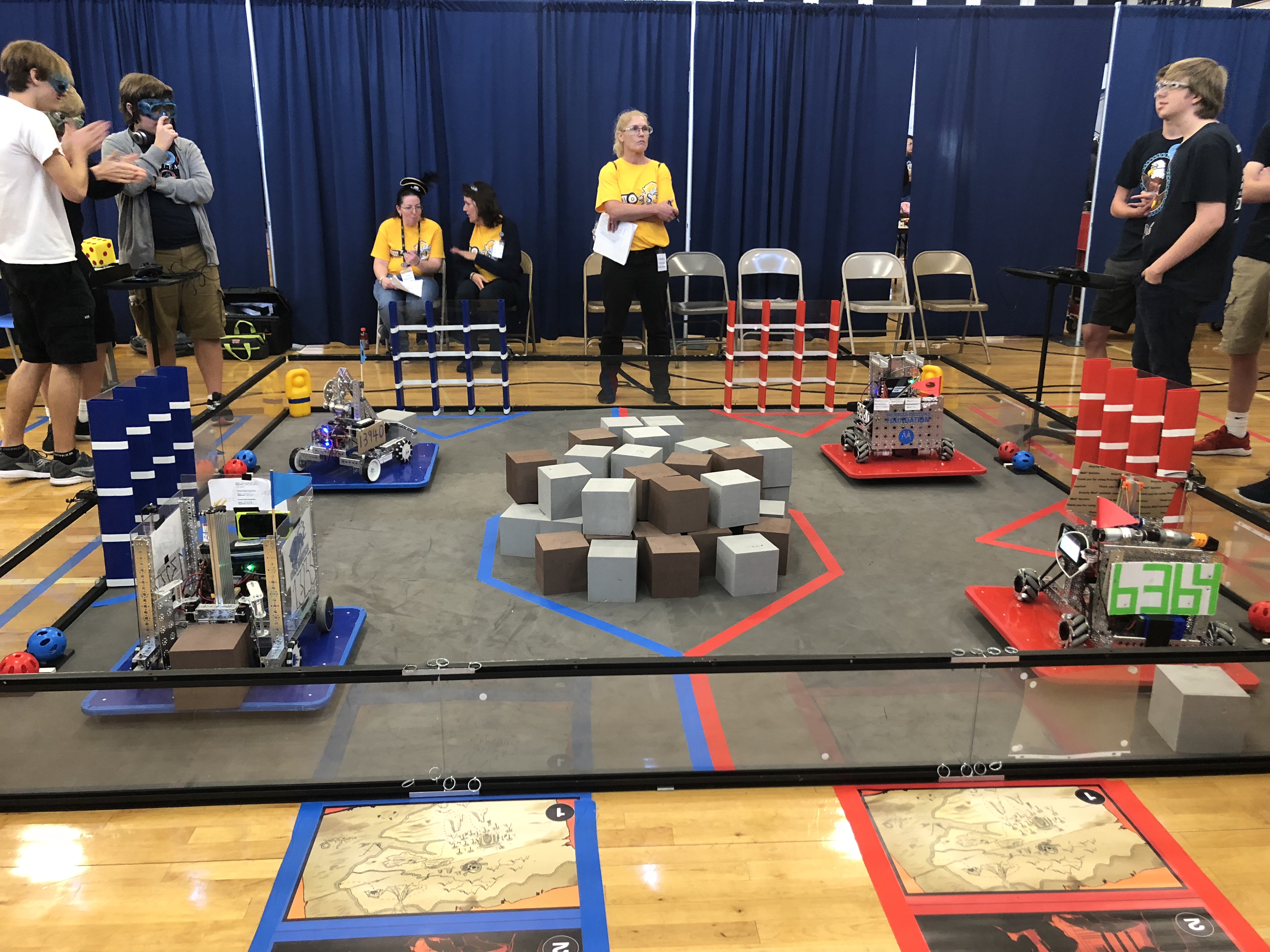 Saint Thomas Aquinas High School (STA) had the honor of hosting the South Florida FIRST Tech Challenge (FTC) Robotics League Championship for the fourth consecutive year. Since it started, the rise in the number of competitors and attendees each year led to the competition being moved from STA’s Bienes Center for the Arts to the gymnasium. Approximately 29-30 teams from all over South Florida traveled to STA to take part in this league championship.
The South Florida FTC Robotics Championship is a competition that determines which teams will qualify for States. It was a great turnout, with approximately 300 attendees, who cheered as their schools’ robotic teams attempted to complete several obstacle courses. One of the challenges included each team having to navigate their robot as it picked up a foam block and transported it across the floor, to place it into a container.
STA’s robotics program was founded five years ago. The Program Moderator, Dr. Erin Williams, explained that, “It started as an extracurricular club, but the kids were so interested and put in enough work to earn the credit, so we decided to make it a class.” Since then STA has multiple levels of Robotics classes (two, three, and four) which are then split into STA’s two robotic teams, the more experienced Robo Raiders and the newcomers Raiderbots. Students are assigned to the teams based on their experience, capabilities, and grade levels. Summer classes are also available for any students interested in reaching higher levels at a faster pace.
The robotics competition demands hard work and dedication. Robo Raiders ended the competition in 3rd place. The STA community can be very proud of both teams’ commitment and accomplishments. As sophomore Robo Raider Carlos Peralta commented, “This past competition was a great learning experience, not just for myself, but for my entire team. It taught us many lessons and allowed us to set personal goals for the next year.”