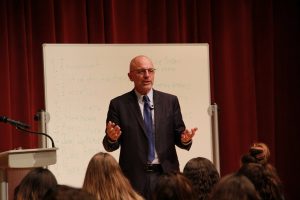 Recently, Congressman Ted Deutch spoke to St. Thomas Aquinas High School’s (STA) AP American Government and American Government Honors classes. He described his role as the representative of Florida’s 22nd Congressional district. This district is made up of Broward County and southeastern Palm Beach County. The Congressman’s talk focused on the recent budget proposed by President Trump and then invited six students to debate ways in which the budget should be allocated. The students debated on the topics of the environment, infrastructure, health care, the military, job training, and the justice system. They each had one minute to convince the rest of the crowd on where the budget should be spent. 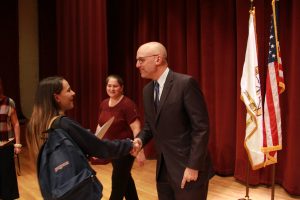 Congressman Deutch is serving his fifth term in the 115th Congress. Congressman Deutch’s biography states that his goals are “promoting economic opportunity in South Florida, reducing the influence of big money in our elections, fighting for full equality for all, and advancing the security interests of the United States, Israel, and our allies.” 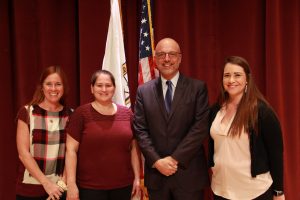 Congressman Deutch recently introduced a bill to strengthen sexual harassment protections in Congress. On February 6, the bill passed unanimously in the House of Representatives. According to teddeutch.house.gov, Congressman Deutch said “The halls of Congress are not absent from sexual harassment. Just like every other workplace in America, we need to strengthen our anti-harassment policies for Congressional offices to create a safe environment for all employees. We are sending an important message to the entire country that perpetrators – even Members of Congress – will be held accountable. With unanimous passage of this bill in the House, we are starting to change the culture by preventing future abuse and empowering victims to seek justice without fear of retribution.” 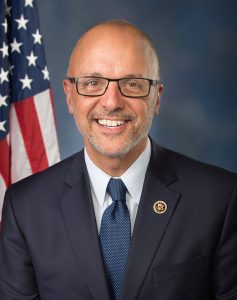 Raider Review had the opportunity to ask Congressman Deutch a few questions. He reiterated his stance on sexual harassment issues in government, saying, “I think it’s a really important time for the country and especially in Congress to ensure that everyone has a safe workplace; free from that kind of abuse.” In Congressman Deutch’s words, in order to pass a bill “You need a lot of support from colleagues in Washington, so that requires members of Congress going to talk to all of their fellow members of Congress, and a lot of support from outside of Congress, so people who care about these issues.” He added, “ When they call in and they call their representative, they encourage them to take action. That’s how we move a bill and that’s how we make sure that it has a chance to pass.”

The STA seniors really enjoyed Congressman Deutch’s visit. It was a great experience to have him share his insights, on how Washington operates, with potential future leaders of our country.