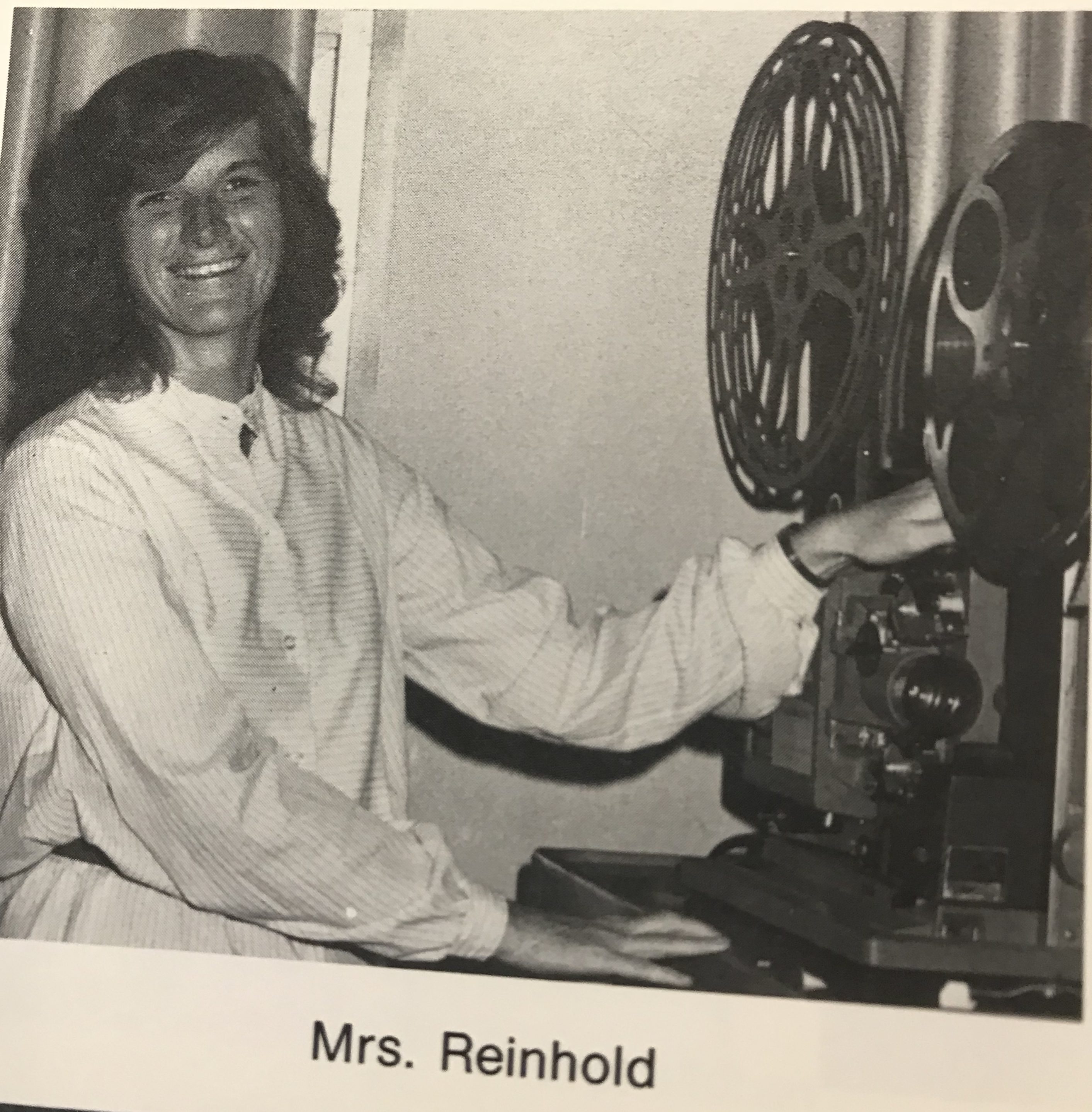 Jeanne Reinhold in the STA yearbook as a teacher. Photo Credits: Veritas

Mrs. Jeanne Reinhold was an ideal example of a committed and hard-working citizen. From a young age, she had a strong desire to share her knowledge with others. She pursued this passion by teaching thousands of foreign students, whose second language was English, how to read and write the language. She taught an estimated 250 to 300 foreign students each of the 18 years that she devoted to teaching in Florida.

Reinhold and her husband Bob were high school sweethearts. They met during their junior year of high school in East Meadow, New York. After a year of helping Bob during Spanish class, the two became a couple by the end of their senior year. Prior to graduation they committed to two different colleges and made a mutual decision to carry on with life and see other people. Later on, the two reconnected after several years of being apart, fate decided that they were meant to be together. They got married in 1973 and moved to Fort Lauderdale, Florida to start a family. Mrs. Reinhold’s brother, Mr. Ed Waters, a history teacher at St. Thomas Aquinas High School (STA), convinced her to apply to the English department. This decision was key to Reinhold working at STA for seven years and leaving a personal mark on the school.

Reinhold was an active member in the STA community. She was the tumbling team moderator. Along with her intelligence and warm heart, Reinhold also brought with her something that will stay with STA forever: Cailini. This STA tradition was inspired by an activity known as Heraea. Heraea was a girls-only gym night at her former high school. Reinhold mentioned the idea of having something similar at STA to Monsignor Kelly, and he thought it was a great idea. STA’s Supervising Principal, Monsignor Vincent Kelly, personalized Heraea, making it what is now known as Cailini, by adding the STA spirit to all the events and activities.

Sadly, on October 20th, 2003, Reinhold lost her life after a long battle with cancer. Throughout her fight, Reinhold always had a positive attitude and never stopped helping those around her. Despite the pain from her chemotherapy treatments, she continued to teach at Seminole Community College. According to The Orlando Sentinel reporter Laurin Sellers,  “‘She absolutely refused to let the negativity of cancer interfere with her passion for teaching,’ stated Beth Larson, director of the college’s department of English for Speakers of Other Languages.” Reinhold taught at Seminole Community College for 11 years. The loss of Mrs. Jeanne Reinhold affected everyone she touched, from the local community to the foreigners whom she influenced.

The reporters wish to thank Mr. Ed Waters for his contributions to this article.