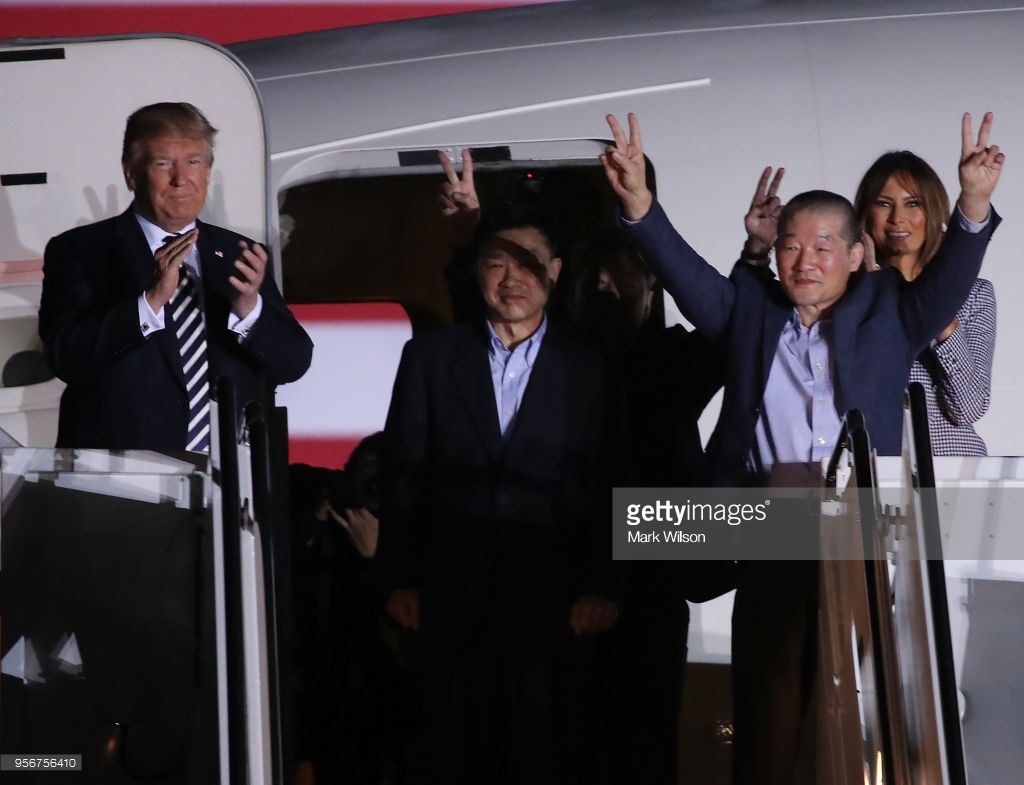 Three American citizens, who were held in North Korea for more than a year, were finally released on May 9, 2018. According to Nytimes.com reporter Choe Sang-Hun, these men, Kim Dong-chu, Tony Kim and Kim Hac-Song, “were held on charges of committing espionage or unidentified ‘hostile acts’ against North Korea.” Kim Dong-chu was sentenced to 10 years of hard labor after he was accused of spying in April 2016. Tony Kim and Kim Hac-Song were arrested in 2017 and were charged with subversion. All three men are Americans with Korean ancestry.

Secretary of State Mike Pompeo was visiting North Korean officials in Pyongyang to discuss an upcoming meeting with North Korean Dictator Kim Jong-un and U.S. President Donald Trump. While he was there, he was also able to bring home the three men who had been in prison in Pyongyang. In an article on Vox.com, in which Alex Ward interviewed former Governor of New Mexico Bill Richardson, he explained that these men were released as a good will gesture because, “They don’t want [President Trump] to back out, and releasing these three Americans sets a positive tone for the summit. It’s a humanitarian gesture on their part.” The governor has had decades of experience in negotiating the release of hostages in North Korea.

President Trump tweeted, “I am pleased to inform you that Secretary of State Mike Pompeo is in the air and on his way back from North Korea with the three wonderful gentlemen that everyone is looking so forward to meeting. They seem to be in good health. Also, good meeting with Kim Jong Un. Date & Place set.” The meeting date is scheduled for June 12, 2018, at which time President Trump hopes to persuade the Dictator Kim Jong Un to remove all nuclear weapons and missiles that North Korea possesses.

According to an article by CNN.com reporter, Stephen Collinson, President Trump, the First Lady and the three men arrived at 3 a.m. ET, at Joint Base Andrews in Maryland, in a private jet. President Trump, the First Lady and the three men posed for the press before disembarking. Stephen Collinson reported that, “Trump said it was ‘nice’ of the North Korean dictator, who presides over gulags and repression to let the men go before the summit.” He added that this gesture was a sign that tension might be starting to subside between the U.S. and North Korea. Since more meetings have been planned, this is a big step towards diplomacy for North Korea and the United States.