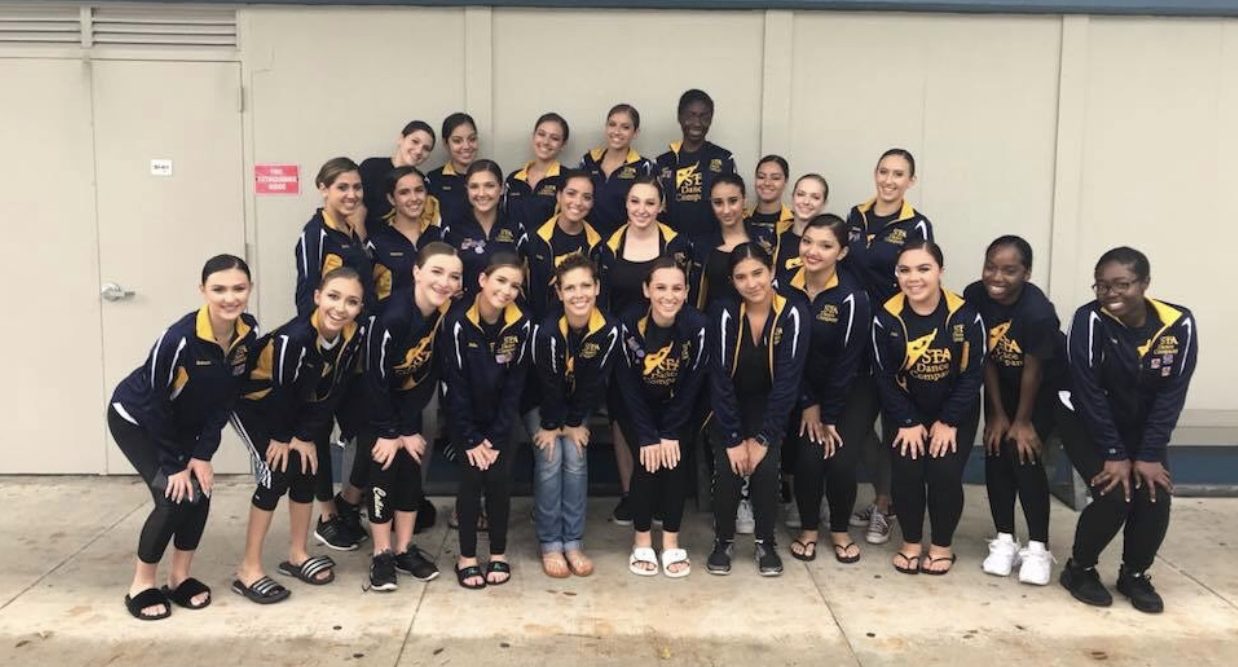 Dancing with the STArs 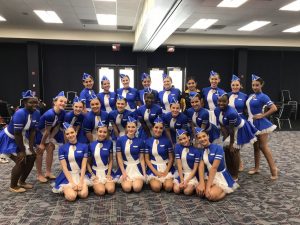 An exciting part of the fine arts program at St. Thomas Aquinas High School (STA) is dance. Students can take this elective or join the after-school club and honor society. Director of Dance Ms. Maria Virginio teaches the courses and runs the STA Dance Company.Ms. Virginio has been teaching dance for 20 years, and five of those years have been spent at STA. She grew up dancing and competing in South Florida and Orlando. She studied many different dance styles, including ballet, tap, jazz, pointe, modern, hip hop and lyrical. During high school, STA alumna Ms. Virginio spent her summers studying ballet and musical theater in New York City. At the University of the Arts in Philadelphia, she majored in dance and earned her BFA (Bachelor of Fine Arts) in Jazz Dance Performance. At that time, she also started her teaching career in a studio in Philadelphia. Then Ms. Virginio moved to New York to continue her teaching career. Six months after moving to New York, she took a job as an Adagio dancer on a British ocean liner. She performed with a dance partner from Russia, and they traveled the world for five years on the ship. When the tour was over, she returned to South Florida to pursue her teaching career, which led her to STA where she developed the Dance Department. 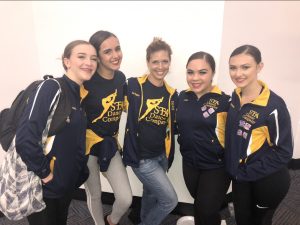 Dance has been offered as an elective at STA for about eight years. The electives are Choreography and Performance Honors and Dance Techniques Honors. In Dance Techniques, students “learn or improve upon their technical skills in ballet, modern, jazz, contemporary and musical theater,” Ms. Virginio said. Dance Technique students also get to perform in the Christmas Concert and the Spring Concert. In Choreography and Performance Honors, “students look at dance from a choreographer’s perspective and learn all the necessary behind-the-scenes aspects of dance such as editing music, holding auditions, lighting, costume design, and promotion.  They are also given many projects to push their creativity and grow as choreographers.” These classes take place year-round and count as a fine arts credit.

Dance Company, which currently consists of 29 members, is an after-school club moderated by Ms. Virginio. It started three years ago, and the program has been expanding more and more each year. Practice takes place three times a week, with different level dances being taught. The focus of these dances, as well as the technique, is to prepare dancers for various competitions. During the 2017-2018 school year the Dance Company performed a total of six different dances (two jazz, three contemporary/lyrical and one musical theater grand line). STA Dance Company took part in two different competitions against other schools and studios. In the first competition called Imagine National Dance Challenge, Dance Company received three 4 ¾-star awards and three 5-star awards. They also took home two first overall awards and three second overall awards. In addition to these awards, three of Dance Company’s performances were given Golden Ticket invites to the World Dance Championships in New Jersey. Ms. Virginio also received a very special choreography award for one of the dances. The name of the second competition was Believe National Talent Competition. At this competition, STA Dance Company was awarded five Platinum awards and one Elite Gold award. They also received one first overall, two second overall, one third overall, one fourth overall and one seventh overall award. Once again, Dance Company was given two Gold Tickets to the World of Dance in New Jersey. The STA dancers left the competitions very proud of the progress that they had made. 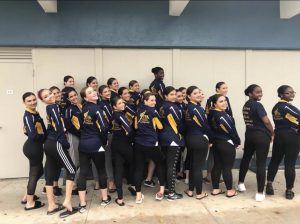 Students who are members of Dance Company have the opportunity to be part of The National Honor Society for Dance Arts (NHSDA). Ms. Virginio told Raider Review that the National Dance Education Organization’s  goals for NHSDA are “to promote and honor outstanding achievement in students studying dance in school, to encourage well-rounded students to become leaders in their communities, and to bring awareness of dance as a true form of art and humanity with countless opportunities. Dancers who are inducted and are juniors and seniors may be eligible for Artistic Merit, Leadership and Academic awards and scholarships.”

In the three years that Dance Company has been at STA, the progress made has been outstanding. Dance Company is clearly improving each and every year. Overall the dance program is growing in popularity and has become a great group to join for those who like to participate in fine arts.