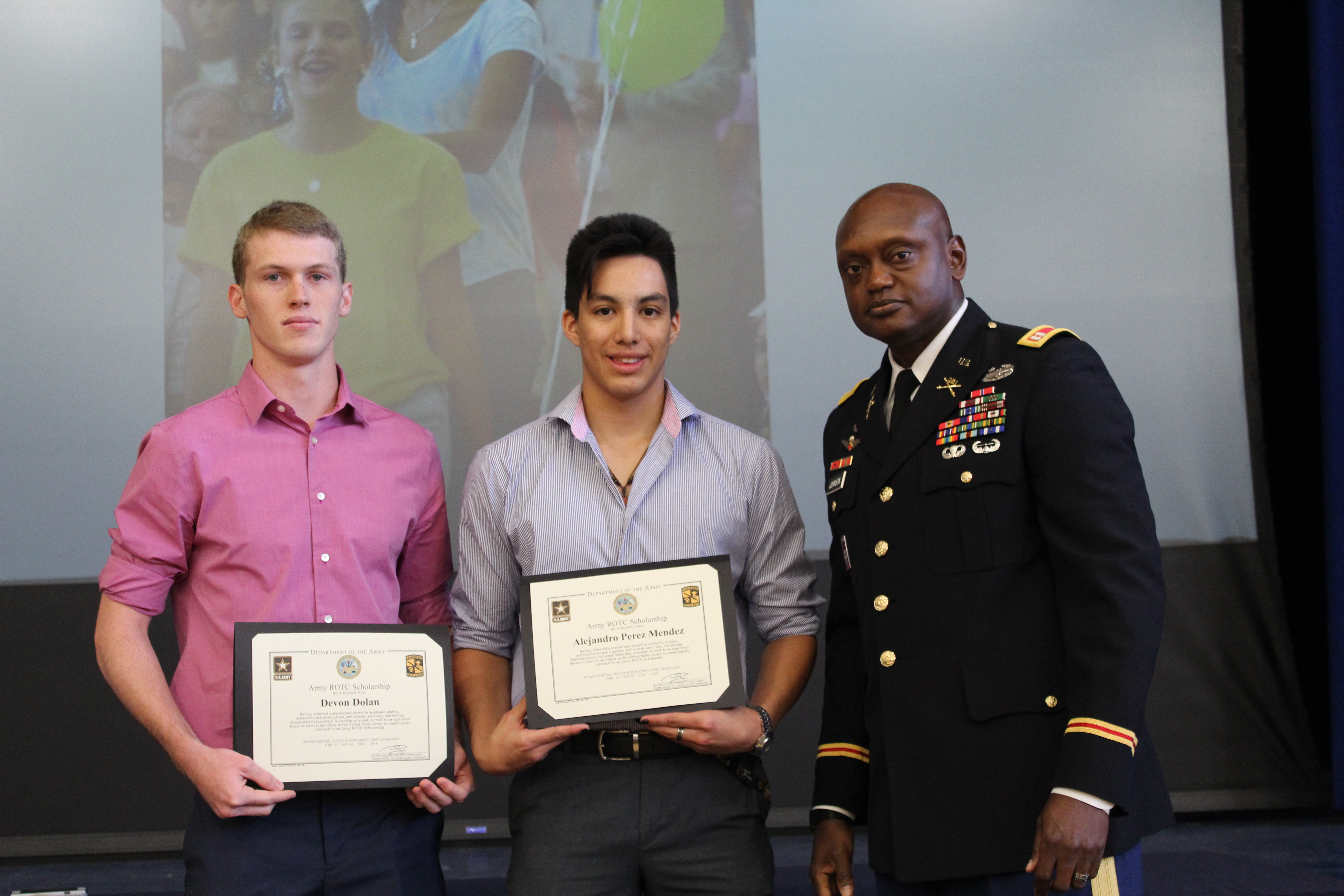 On Wednesday, May 23,  Saint Thomas Aquinas High School’s (STA) class of 2018 returned for the annual Senior Breakfast. During the graduating class’ last event as students of STA, a select group of students were honored with service academy scholarships.

Representatives from The National Coast Guard, West Point, Air Force and Army Reserve Officers’ Training Corps (ROTC) were all on hand  to award impressive scholarships to the respective students who will be enrolling in their division of service. Among those who were honored were Devon Dolan and Alejandro Perez-Mendez, both of whom received full, three-year tuition, Army ROTC scholarships. Devon Dolan said, “I’ve always wanted to be in the army since eighth grade. It was one of the pathways I could take to becoming an officer…I hope to make a career out of the military and then hopefully go on to do other great things.” Alejandro Perez-Mendez shared similar sentiments, stating, “The army’s always been something I wanted to do… l would also like to do something outside of the military after my service, and this army opportunity opens up great…knowledge. It’s just fantastic.” Charles Read received a full in-state public tuition scholarship to the University of South Florida in Tampa for the ROTC Air Force Program. He said, “It’s definitely an honor…To be able to say that I’m part of the world’s greatest air force, and to possibly fly in it, that’s going to be awesome.”

There were also some very accomplished ladies among those receiving scholarships. Phoenix Tabasso received a full-ride to the prestigious military academy, West Point. She said, “ I always knew I wanted to go into the army. I just didn’t know what branch. I ended up getting into West Point… I hope to excel there, do the best that I can, and serve my time in the military.” Morgan Lust also achieved her goal of getting into the United States Coast Guard Academy. Lust commented on her accomplishment, stating, “Going to the academy is actually free, there isn’t a given scholarship but their education is worth $370,000. So I will be going to college for free, getting paid to go. After, I will have to serve a minimum of four years.” While at the Academy, she plans to major in government studies.

All of these students have distinguished themselves within the STA community, and the representatives from West Point and the Coast Guard Academy described the qualities of these students unique, which is what the military generally looks for in scholarship applicants. Although every branch has its own unique requirements, they all look for students who have maintained good grades, possess strong leadership abilities, and are physically fit during the roughly 200 weeks that they had spent in high school.

The entire Raider community wishes these elite students the best of luck in their future endeavors and extend a huge thank you for their future service to this great nation.