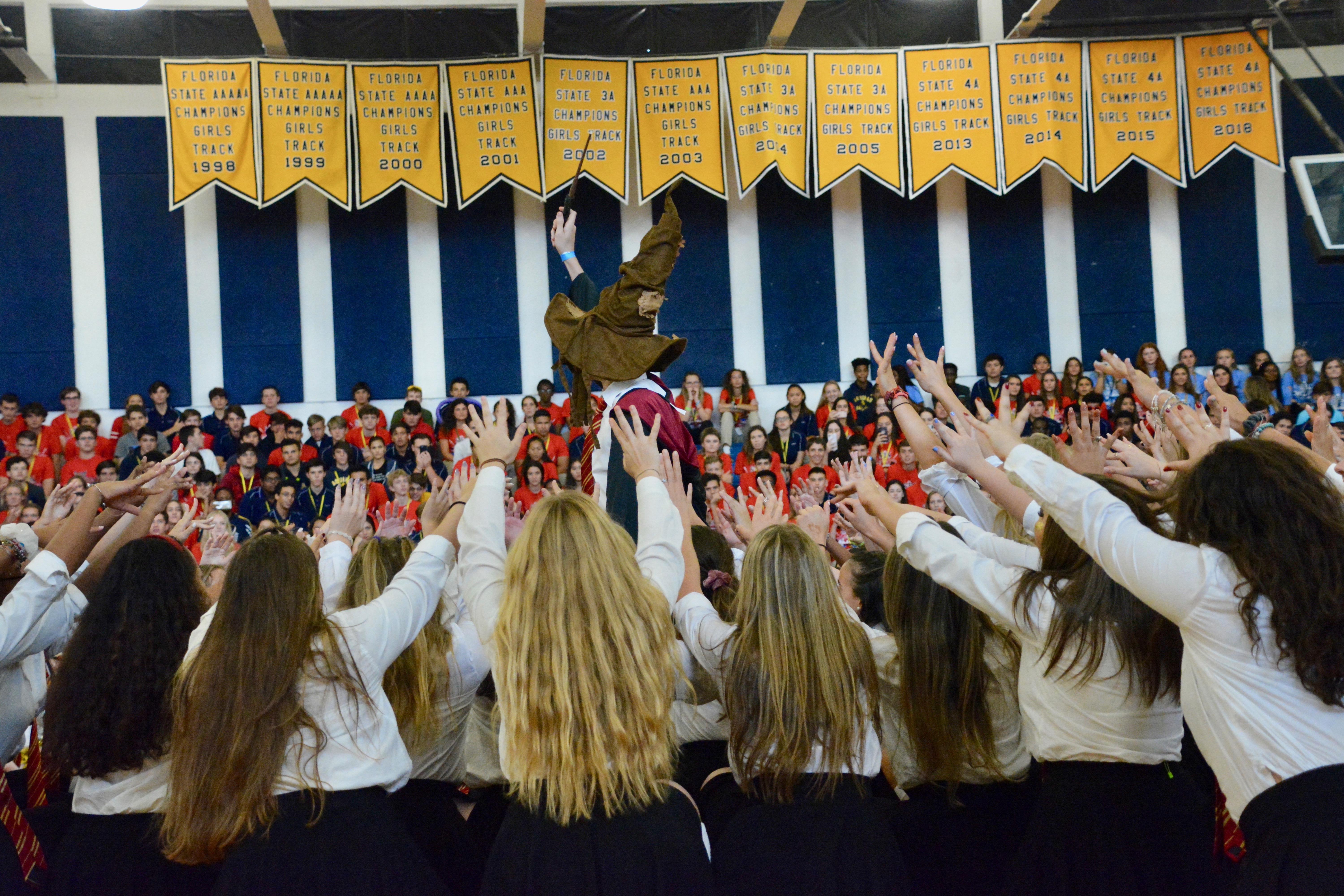 To wrap up Saint Thomas Aquinas High School’s (STA) exciting homecoming week, Raiders enjoyed a crazy day of competitions, activities, and over-the-top class spirit. Field Day was the beginning of the end, where seniors, juniors, sophomores, and freshmen competed against one another,on the football field, to see which class would dominate. Overall, the seniors won first place, while juniors followed with second, sophomores were third, and freshmen came in last 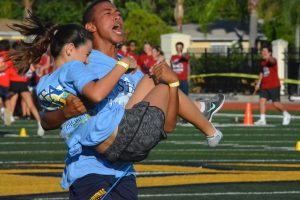 As the day concluded, STA held its annual Homecoming Pep Rally. With such a large student body, STA’s pep rally was split into two sessions. The freshmen and sophomores attended the first pep rally, while the juniors and seniors had theirs after. Raiders teamed up to show off their extravagant spirit by wearing their class colors. The 2018-2019 Homecoming theme was ‘movie series,’ and the class picks were: The Avengers (freshmen), Toy Story (sophomores), High School Musical (juniors), Harry Potter (seniors). Students watched and cheered for their peers as they performed skits that corresponded to their class themes. The seniors and freshmen worked together to combine Harry Potter with The Avengers, while juniors and sophomores collaborated on a High School Musical /Toy Story skit. Groups of students, representing each class, spent a great deal of time and effort, before and after school for weeks before the event, to create and perfect each class’ choreography. Their dedication was definitely evident throughout the performances.

Kayla Scott being escorted into the gym.

The Homecoming court and their escorts were introduced during the pep rally. Each couple walked through the gym, and, when they reached the center, they performed a personal handshake or an over-the-top routine in front of the audience. Senior Kayla Scott made an extraordinary entrance when she was carried into the gym on the shoulders of two football players, followed by an entourage of three additional players. Kayla told Raider Review, “I had to figure out how to make my entrance big and memorable, but at the same time I had to incorporate what I love most, football and athletic training. So why have one escort when I could have five?”

Both the Field Day and Pep Rally were fantastic ways to draw this year’s Homecoming week to a close. Raiders were clinging on to the fun environment and dreaded the normal schedules that awaited them the following week. Even with the recent conclusion of 2018’s Homecoming week, Raiders are already looking forward to next year’s.