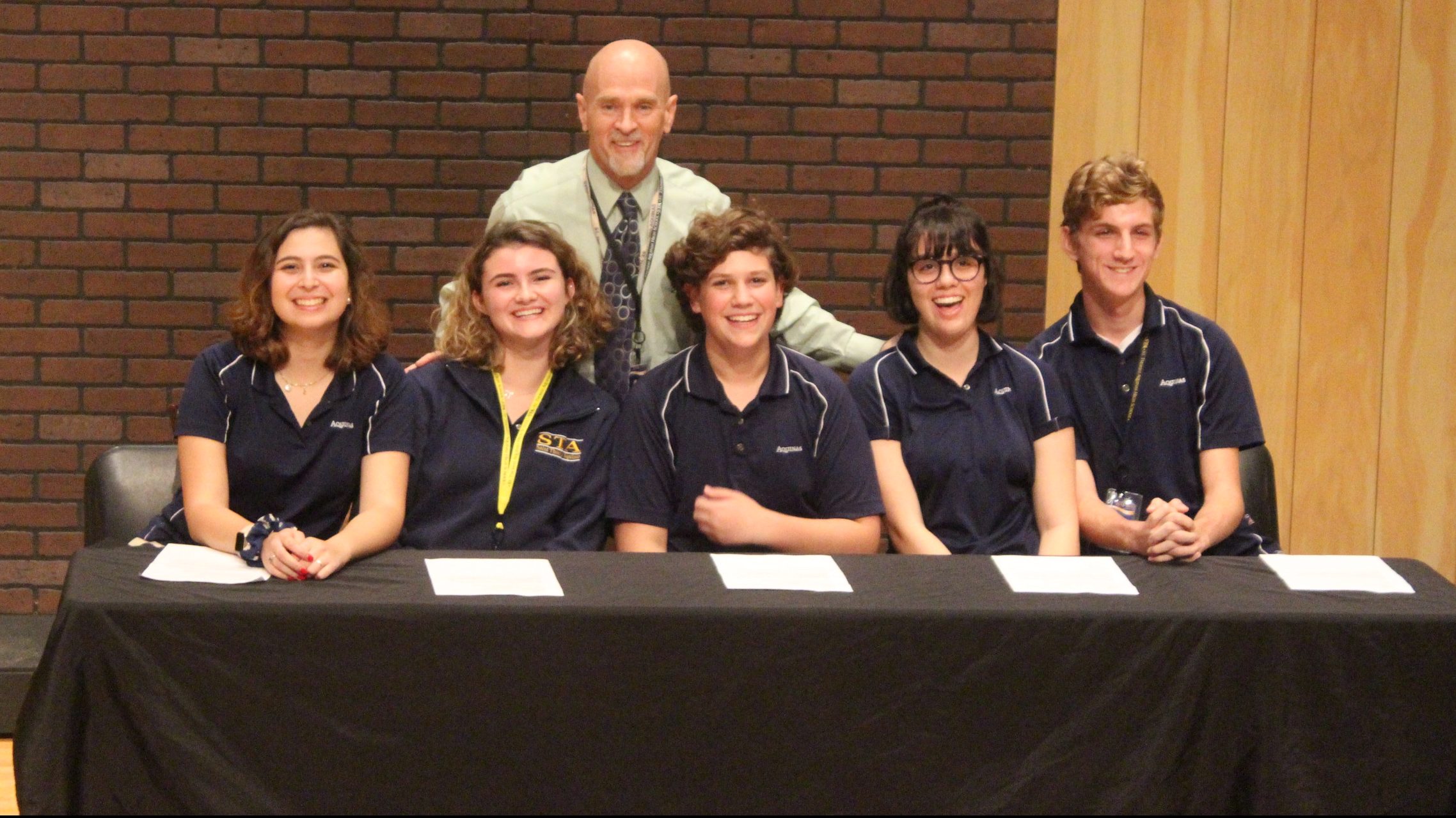 On Thursday, November 8, Saint Thomas Aquinas High School’s (STA) cast and crew for Harvey held a press conference to promote this year’s Fall production. Some of the actors, as well as students who work behind the scenes, described the elements they believe set up Harvey to be an absolute hit.

The Thespians described Harvey as a play about a man name Elwood Dowd who insists on including his best friend Harvey in all of his sister Veda’s social gatherings. The problem is that Harvey is an imaginary six-and-a-half foot tall rabbit. To avoid further embarrassment for her family, Veda decides to have Elwood committed to a sanitarium. When a frantic Veda tells the doctors that she has begun to see Harvey also, she is committed instead of her mild-mannered brother. Chaos ensues as the characters try to figure out whether Harvey is more than just a figment of Elwood’s imagination. Cast and crew were certain that this award-winning play would have an impact on all audiences.

The play’s lead actor, Vicente Tome, said, “Theater is like a completely different world than the real world, and it really helps to brighten other peoples’ days and make other people smile. I like to escape the world that I live in sometimes and just be a completely different person.” The other production members held similar sentiments. Costume Crew Chief Sara Fernandez DeCastro said, “ The family, and sense of place that is established theater, is unbelievable.” She added, “… we are all in this together and we are all putting something on the table, working together to create this play.” Actor Konrad Schneider explained that there can be challenges, such as “getting every line perfect because if you are one word off it’s… not the way the writer wanted it to be so you really don’t get your point across,” he cast and crew of Harvey believe that this production is going to be an absolute hit. In the words of Tome, “Everyone can come to see the show and go home with a different way of thinking.” This comedy will leave audiences “seeing the genuine good in people,” his fellow actor Anna Liendo added. Harvey was performed at the Bienes Center from November 15 to 18 and it was truly a hit. For an in-depth look at the show, check out this article!