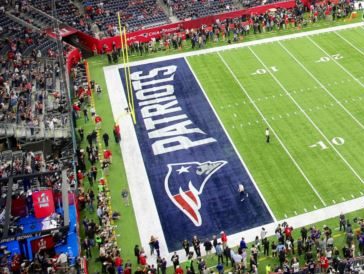 On February 3, both the Los Angeles Rams and the New England Patriots were fired up as they made their way onto the field at the Mercedes-Benz Superdome in Atlanta. The noise of the crowd built up as the kickoff was underway, and Los Angeles Rams kicker Greg Zuerlein booted the football to the New England Patriots. New England Patriots quarterback Tom Brady led his offense on the field as they were looking to score in the opening drive. Things were looking good for the Patriots after picking up consecutive first downs, until Los Angeles Rams linebacker Cory Littleton intercepted a tipped pass from Tom Brady that was intended for Patriots receiver Chris Hogan. This was Brady’s first pass attempt and many wondered if the Rams’ defense had already prevailed over the Patriots’ offense. The Rams’ offense was now on the field but this drive was not a pretty one for them either. The Patriots’ defense did not budge and the Rams were forced to punt the football back into the hands of Tom Brady and the Patriots’ offense. The Patriots’ offense, seeking redemption, now came back on the field. Tom Brady delivered pinpoint passes to his receivers as the Patriots’ offense marched down the field determined to score. It was now fourth down, and Patriots kicker Stephen Gostkowski lined up from 46 yards away to put the Patriots on the scoreboard. Gostkowski’s kick appeared to be heading straight in, but it sailed a little to the left, and the score was still 0-0. After back-to-back punts by both teams, the Patriots seemed to be getting into a rhythm. Patriots wide receiver Julian Edelman secured enough catches and yards,to put the Patriots in field goal range. Patriots kicker Stephen Gostkowski returned to the field. The crowd was roaring, and the pressure was building as many wondered if Gostkowski would miss again. However, it was a different story for Gostkowski as he drilled the kick through the uprights (goal posts). The score was only 3-0, and the Patriots held a narrow lead. After this drive, both teams were unsuccessful in putting points on the board, and now fans knew this game was going to be a defensive showdown.

It was now halftime, and viewers around the world waited to see what this year’s performance would bring. Maroon 5 headlined the show and they performed well known hits, Houston rapper Travis Scott delivered a fiery performance, and Atlanta’s very own Big Boi performed his hit single.

The second half began as Patriots kicker Stephen Gostkowski kicked the football back to the Los Angeles Rams. The Rams could not generate much offense as they once again punted the ball back to the Patriots’ offense. The next offensive for the Patriots drive resulted in a familiar ending: another punt. Later in the third quarter, the Rams’ offense showed signs of life after three consecutive first downs. Rams kicker Greg Zuerlein blasted a 53-yard field goal and the score was tied at 3-3. In the middle of the fourth quarter, things started to heat up as the Patriots picked up large chunks of yardage. On second down, Patriots quarterback Tom Brady rifled a 29-yard pass and tight end Rob Gronkowski dove and caught the ball. The Patriots were now two yards away from the touchdown. On the very next play, Patriots running back Sony Michel rushed for a 2-yard touchdown. This was the first touchdown of the game and the score was now 10-3. With seven minutes left, the Rams were desperate to score a touchdown, but they pushed too far. Rams quarterback Jared Goff sailed a pass to receiver Brandin Cooks, but Patriots cornerback Stephon Gilmore leaped and intercepted the pass. The Patriots came back on offense, kicked a field goal, and sealed the game. When the clock hit zeroes, the Patriots players ran on the field and confetti was in the air. The New England Patriots were now Super Bowl champions.

This was the 6th Super Bowl championship for the Patriots, and they are tied with the Pittsburgh Steelers for the most Super Bowl wins. Tom Brady also made history by becoming the player with most Super Bowl wins in NFL history. Football fans expect that the New England Patriots will be back to win it all again. 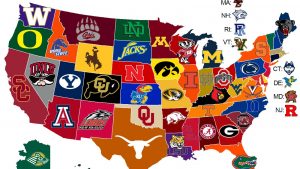