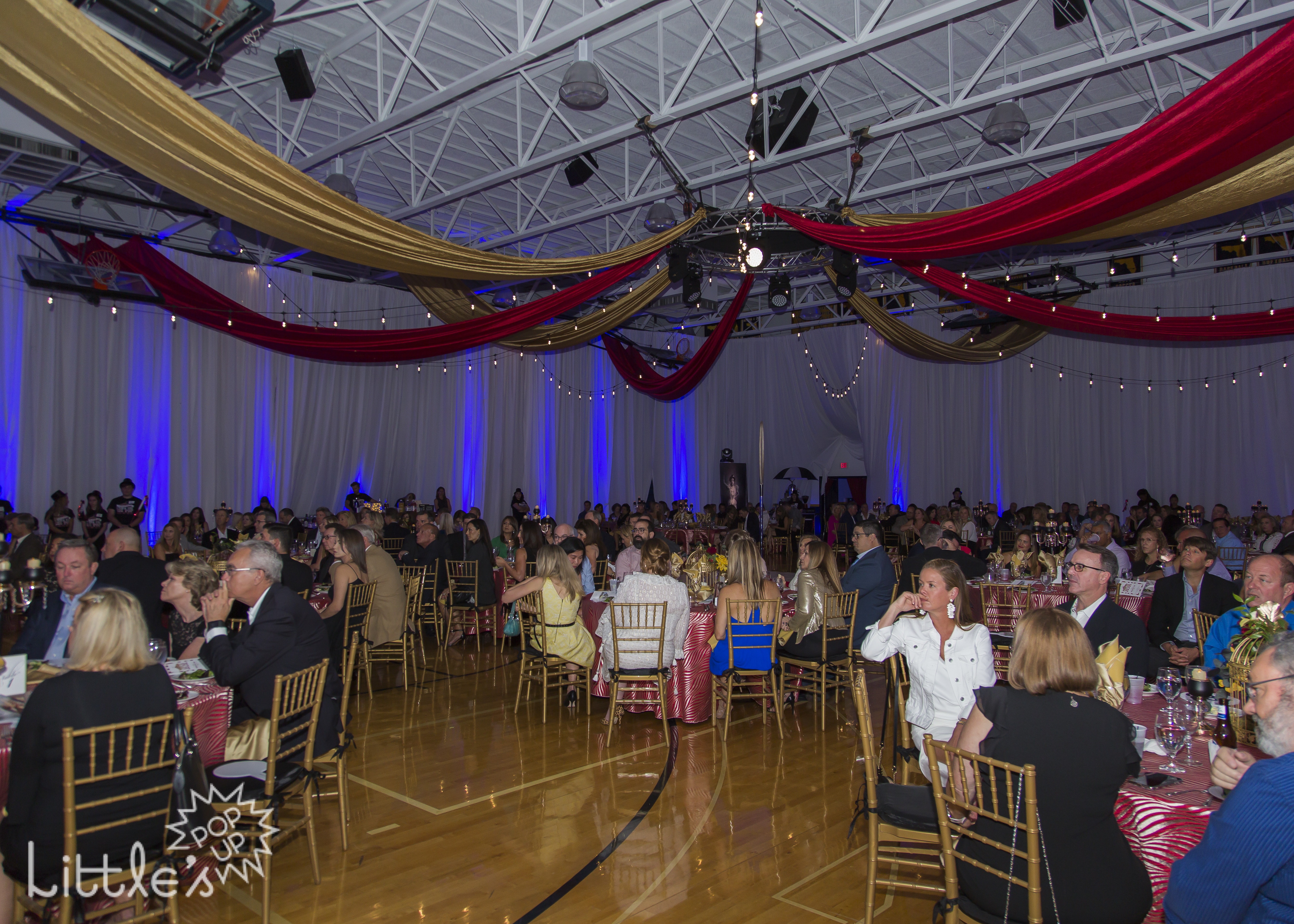 The Saint Thomas Aquinas High School’s (STA) auction is an annual fundraiser that supports various STA benefits. It’s also an opportunity for students and volunteers to show their appreciation for the diligent on-campus staff, as well as a chance to spend time with peers, alumni and parents.

This year’s unique theme was “Under The Big Top.” Taking inspiration from vintage circuses and the 2017 hit movie The Greatest Showman. The STA gym, cafeteria and main hallways were decorated superbly. Life-size cutouts of circus animals and performers were on display throughout the designated areas. With drapes hanging from the ceiling to give a circus-tent feel to the gym, guests walked in feeling the childlike awe of attending a real circus.

On arrival, attendees were steered toward the cafeteria to be checked in and to browse the 50 assorted baskets. They were able to bid on these items by using an app on their phones. Attendees were provided with refreshments as they socialized, bid, and took pictures in a photobooth. Afterwards, guests were invited to head to the gym, where they were served dinner and participated in the live auction. They were also entertained with performances by the STA choir who sang pieces from the soundtrack of The Greatest Showman while an aerial artist performed on a hoop behind them. Mr. Gordon Latz did an amazing job and provided a lively experience as he auctioned off the donated items and travel opportunities.

Some of the highlighted items in the live auction were a VIP three-day pass to Tortuga, a trip to Costa Rica, and a trip to the historic city of Sonoma, California, in a wine-making region. The STA-themed baskets, which were included in the silent auction, also proved to be very popular prizes. Some featured items in these baskets were the VIP section for family and friends to be seated at graduation and a package labeled “Senioritis”, that covered all the fees for senior year (such as graduation, prom, and Grad Day).

Ms. Katelyn Tolzien, Director of Institutional Advancement for STA, is in charge of parent engagement, fundraising for STA and one of the leading organizers for this annual event. She told Raider Review that as always, the generosity of the attendees was impressive and very much appreciated.

This is the twenty-fourth year that STA has hosted the annual auction. STA is proud to announce that although the numbers are not finished being tallied up, the Institutional Advancement office believes that more funds were raised this year compared to prior auctions. This money was raised through ticket sales, raffles, the silent auction, the live auction, as well as the generous monetary donations.