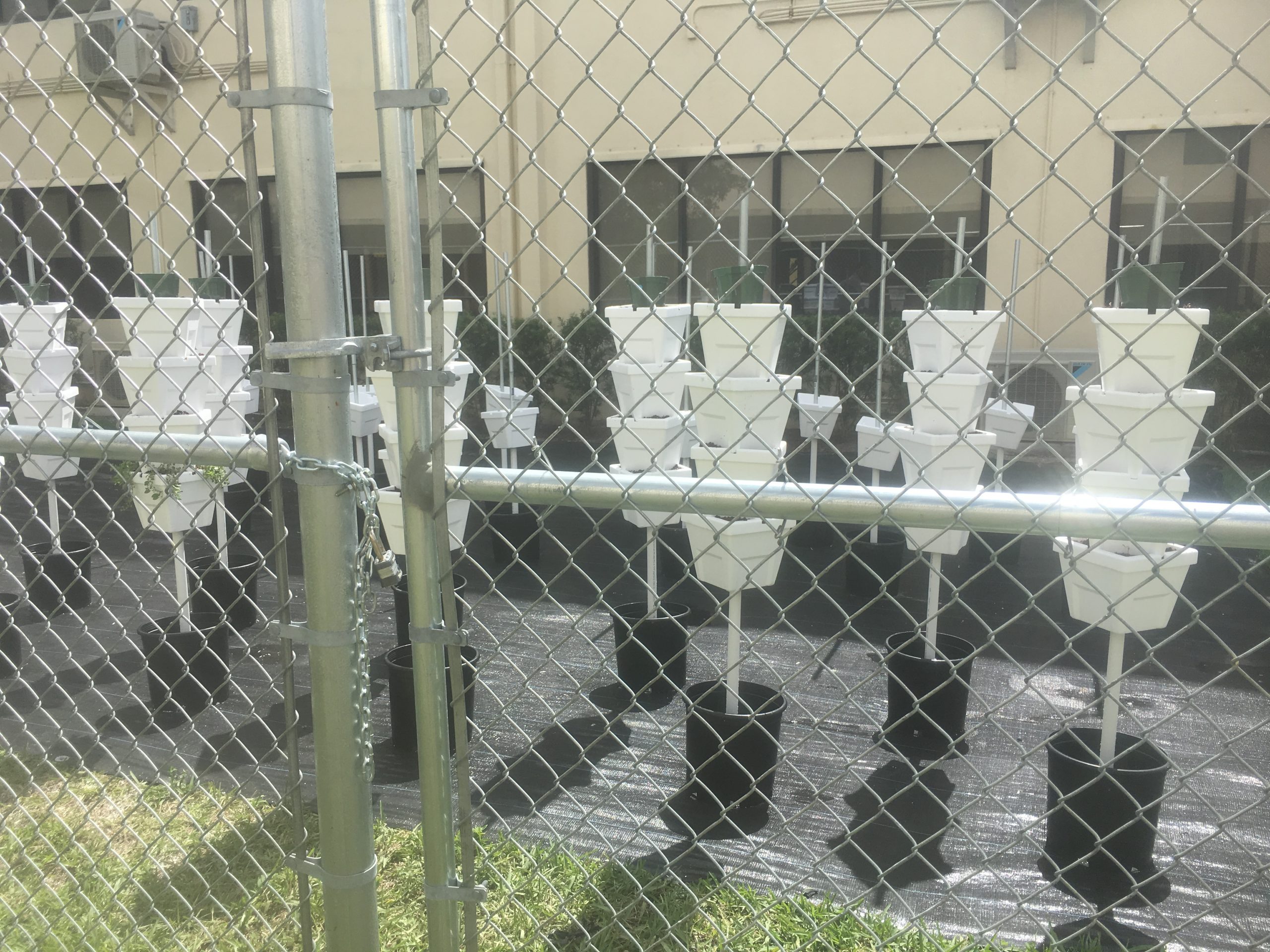 Imagine a garden with no soil where the plants are stacked up in rows. Hydroponics is a farming technique where plants receive the nutrients that would normally be present in soil from a specially prepared solution, that includes different combinations of nitrogen, potassium, calcium, magnesium, and water.

HowStuffWorks.com reporter Bambi Turner points out that hydroponics is not an entirely new technology. She theorizes that the first example of hydroponics was the ancient Hanging Gardens of Babylon. The first formal study of hydroponics was conducted during the fifteenth century by an Englishman named Sir Francis Bacon. The first time that this system was used commercially, however, was in 1938 to grow vegetables on Wake Island to feed Pan-Am Airways’ airline staff. During the Second World War, in the Pacific theater, this method was used to grow food for American troops stationed on almost completely infertile islands. Hydroponics systems are often portrayed in sci-fi tv shows such as Star Trek. Disney World’s Living with the Land attraction uses hydroponics to grow various fruits and vegetables, including the Mickey-shaped cucumbers, that are sold in the Land Pavilion.

According to Dr. Erin Williams, a science teacher at Saint Thomas Aquinas High School (STA), one of the benefits of using hydroponics as opposed to traditional farming methods is that “… you need very little space to have the tower gardens and I think the idea is that this technology may be… how you can constitute farming in some of the more urban areas.” This particular benefit has attracted the attention of the National Aeronautics and Space Administration (NASA). According to the NASA website, scientists are looking into hydroponics as a way to sustain colonies on Mars or the moon. Plants grown on a large enough scale would potentially be able to produce enough oxygen to terraform other planets. Another advantage of hydroponics is that it uses up very little space in comparison to traditional farming. According to WIRED.com, this advantage has also attracted the attention in some Japanese urban centers, which have built large underground climate-controlled rooms to help feed the growing population. Since these indoor farms conserve space there is more land available to be used for other functions, like housing or business.

Another advantage of hydroponics is that since it does not require soil, it can be grown easily where topsoil erosion is an issue. The Israeli site of Organitech utilizes this, along with robotic systems, to grow vast amounts of food in places where traditional farming methods would not work as efficiently. Less energy is required to break down the soil to obtain the nutrients, which results in a shorter and more efficient growing time. Hydroponics is also a growing industry. According to a report by Mordor Intelligence, “Hydroponics accounts for… 22% of the indoor farming market in 2017”.

Hydroponics is not only for commercial use. At STA, Dr. Williams runs a hydroponics site used for education. The site uses a special system similar to the continuous drip system, along with a timer to control when and how much solution is released. Dr. Williams explained that it also uses perlite (“a rock material… more than it is soil like”), to help to control the flow of nutrients.

To learn more about hydroponics, or specifically about the hydroponics site at STA, contact Dr. Williams in room 423.