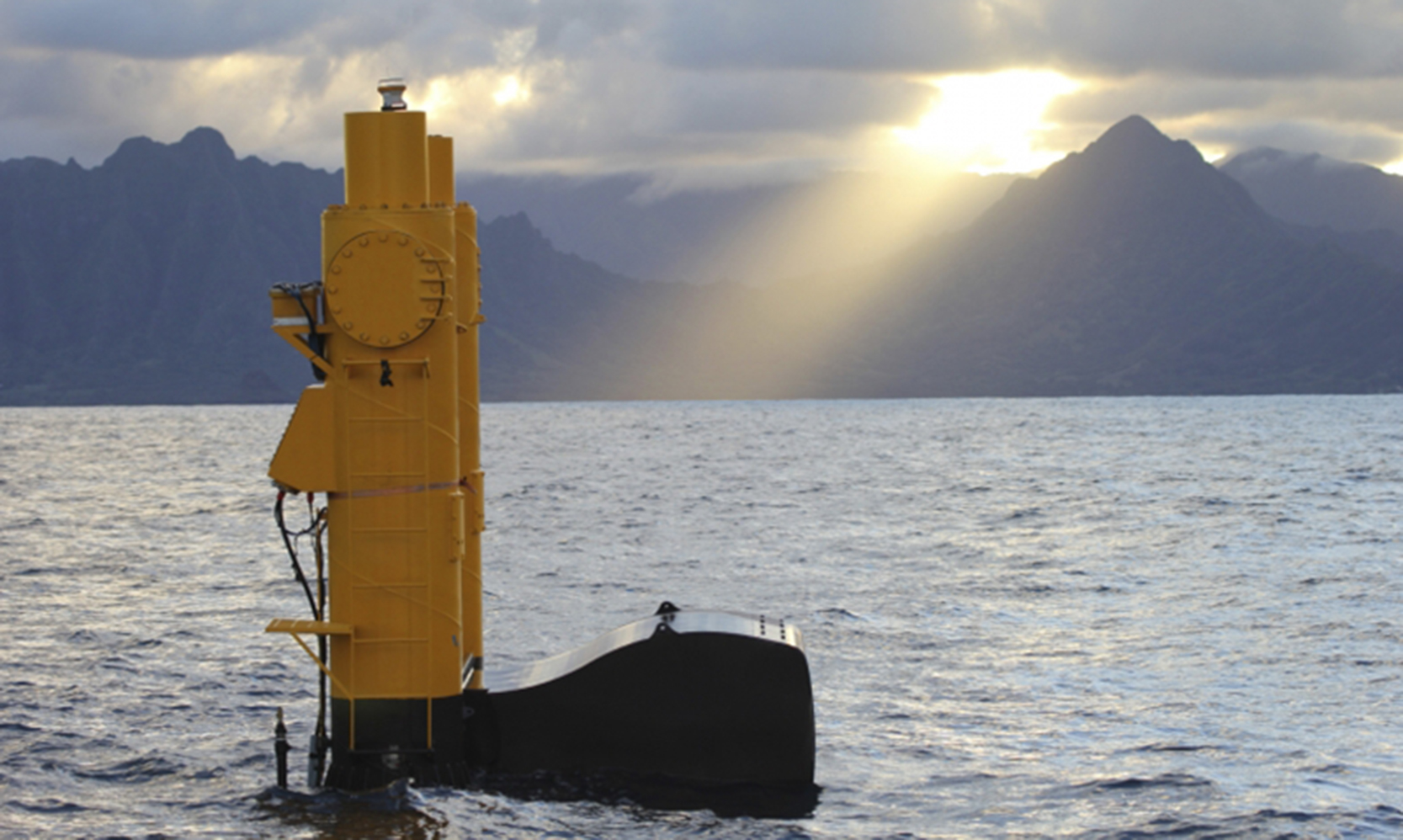 In the fight against climate change, one goal is to eliminate the use of fossil fuels. To substitute for this source of energy, currently people use wind, solar, or other sources of renewable energy. But now, a new source of energy is being developed, wave power. The devices being tested use the motion of waves to power generators. The annual energy potential of waves off the coasts of the United States “… is estimated to be as much as 2.64 trillion kilowatt hours, or the equivalent of about 64% of U.S. electricity generation in 2018.” according to the U.S. Energy Information Administration. Also, since ocean waves carry energy about five times stronger than the surface winds that produce them, according to Energy Informative, wave power would be much more efficient than using offshore wind turbines. John M. Burt of the Corvallis Advocate reported that “Photovoltaic solar panels

normally generate about 100 watts per square meter of swept area, while wind produces 1,000 watts. A wave energy generator can produce a whopping 10,000 watts per square meter.” There are, however, problems that arise due to the damage the immense power of the waves can cause to the generators over time. For this reason, some developers are experimenting with the idea of using the wave power generators to charge underwater drones, which would monitor or even repair these generators. According to Energy.gov the generators could also be used to power navigation equipment, weather buoys, offshore fish and algae farms, or even devices that could harvest lithium and uranium from seawater.

One wave power device, the Azura Wave, is connected to the grid at a testing site at the US Navy’s Wave Energy Test Site (WETS). WETS is an area of ocean located offshore from the Marine Corps Base Hawai’i in Kaneohe Bay on the island of Oahu, and is about 100 feet deep. This site is where developers can study their device’s performance and present their ideas to investors. The site also provides equipment to measure chemical composition in the water, power output of the generator, and even hydrophones to measure the amount of sound that the devices produce, which may impair animals’ abilities to navigate in the water. The Azura Wave is being developed commercially by Northwest Energy Innovations, LLC, along with many other co-developers including the University of Hawaii’s Hawaii National Marine Renewable Energy Center (HNMREC) and the US Department of Energy’s National Renewable Energy Laboratory (NREL). The device was originally called the Wave Energy Technology New Zealand (WET-NZ) and the first version was created by Callaghan Innovation, a New Zealand company.

The Azura Wave captures both the vertical and horizontal motion of the waves. The bouy has four anchor points on the seafloor and utilizes a point absorber, which powers a generator with its circular motion caused by the vertical movement of the wave. A flap-like mechanism is also used to harness energy from the horizontal movement of the waves. The buoy itself can rotate 360 degrees to be able to follow the direction of the waves, maximizing the amount of energy the device captures. Its small size minimizes its impact on the marine environment.

Although most of the technology is still in a testing stage, Anmar Frangou of CNBC.com reported that Scotland and many other island countries are looking into wave power as a serious source of energy. With all the efforts to find substitutions for fossil fuels in this age of climate change, wave power is becoming another very viable option.