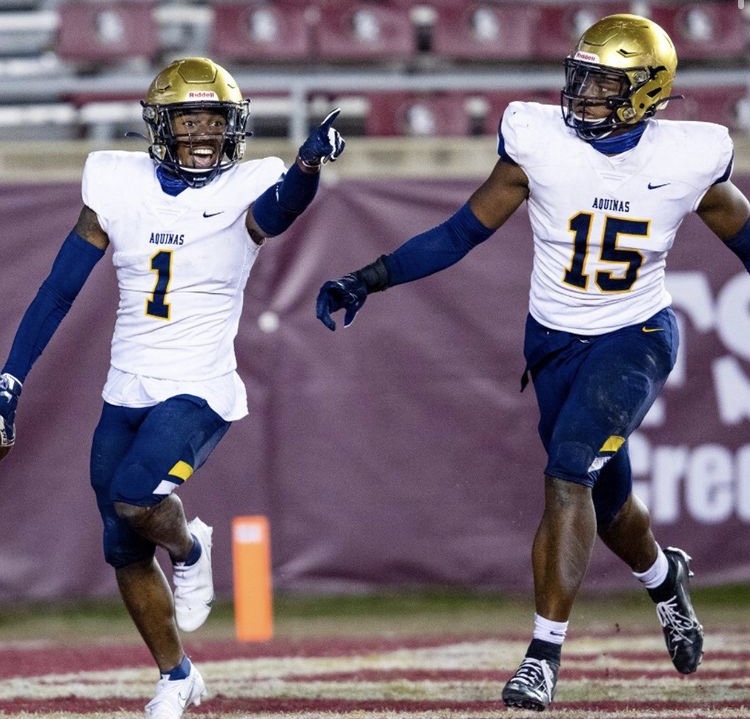 St. Thomas Aquinas Highschool (STA) is known for not only its academics, but also its record-setting sports teams. With Athletic Director George Smith at its helm, the athletic department at STA has come to obtain several state championships, and produce countless professional athletes. The COVID-19 pandemic has been a significant threat to public safety and health since March of 2020. Schools became fully virtual for several months, due to the impending threat, and because most sporting events were cancelled, the athletic schedule did not look promising. 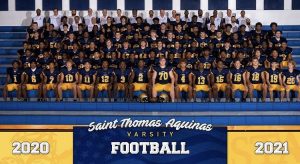 During the stay-at-home orders, which were set in place in March 2020, several Aquinas athletes took to their backyards, home gyms, and garages to begin at-home workouts during the original quarantine period. Parker Konrath, the defensive/ tight end for the varsity football team, noted that the stay-at-home orders looked different for everyone. In an interview with the Raider Review regarding football and quarantine, he stated “Personally, I would lift five times a week and run twice a week. It really depended on the person. Some people were working out every day, and others haven’t picked up a weight since March.”

Eventually, the football team was able to resume practices, while following CDC guidelines. COVID-19 was, and still is, an ever evolving public issue, so game days were still tentatively scheduled. Parker noted that “This season was way different than any other season I have been a part of. The pandemic set us back, we missed many months of off-season training. Some people thought that they wouldn’t even see a season this year.” The virus changed the way practice was conducted, but the team was excited to be able to get back on the field as safely as possible.

The season looked wildly different, as do most things amidst these unprecedented times. There were no fans cheering in the stands, and no band playing on the sidelines. The aura of in-person excitement surrounding high school football was no longer present. Yet, the varsity football team continued to put their best efforts forward in order to make this season count. In total, the varsity football team played in 9 games. They won 8 of those 9 games; thus propelling them into the state championship running.

The STA Raiders were, once again, up against their long standing rivals, the Edgewater Eagles. The Raiders fought hard, and came out on top with a score of 31-21. While this year’s football season was unprecedented, the infamous Raiders applied an exceptional amount of grit and determination to pull off their 12th, record breaking, STAte championship.