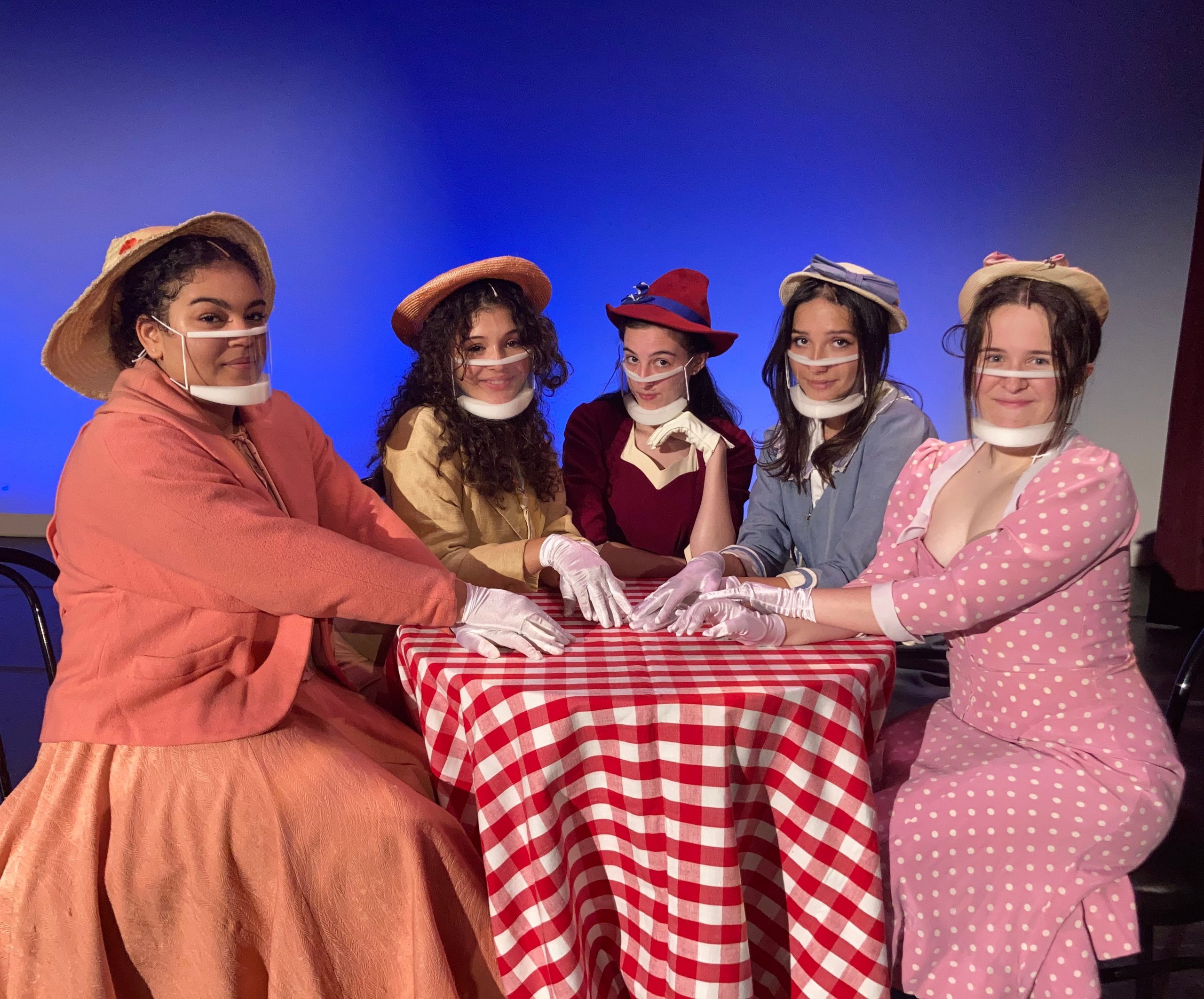 Saint Thomas Aquinas’ (STA) theater department was having difficulties with figuring out what annual spring musical they were planning to perform. Due to the affects of the ongoing pandemic, Mrs. Garrard, the head of the theater program, had to take multiple things into consideration. The final decision was 42nd Street and the drama program made it their goal to go above and beyond in performing this seemingly impossible play. Ms. Garrard told Raider Review that “… with everything seeming impossible, because of the restrictions of Covid, we were going to do the impossible.”

Musicals need around 12 to 16 weeks of preparation time, so The Tempest and the 42nd Street auditions were conducted at the same time. Rather than a large group gathering of students and teachers in one area, Flipgrid was used as the substitute method for students to present their material through dancing and singing videos to Ms.Garrard, Mrs. Drozdovitch (Choral Instructor), and Ms. Virgino (Dance and Movement Instructor) who each judged the auditions on a level of execution and ability. They all looked at the different roles and took the chemistry between actors into consideration to accumulate the best cast list. Once the list was completed by the three instructors, it was sent to Administration for approval.
42nd Street is based on a young actress named Peggy Sawyer (Brianna Braun) who arrives to audition for the new Julian Marsh (Michael Ryder) Broadway musical starring aging leading actress Dorothy Brock (Hailey Kelderhouse). The cast of 42nd Street consists of around a total of 50 singers and dancers. In usual circumstances all actors and actresses would be on stage performing together, but because of Covid-19 that outcome is highly unlikely. However, the STA theater department is brainstorming innovative ways to use their performance space in order to accommodate the large number of performers. Scenery will be set up in 4 different staging areas to create the equivalent of a Hollywood sound stage. This way actors can utilize the space while still maintaining social distance. Three different cameras will be used to capture live shots, including one on a rotating dolly. Ms. Garrard mentioned, “It’s exciting because we’re learning a lot about film techniques and editing techniques”

42nd Street’s opening night will be livestreamed on March 25th and continued thru the 29th. There will be a total of 5 streams that musical watchers can choose between. People who purchase tickets will receive a code and will be able to watch the musical up to a 7-day period. Tickets can be purchased at www.bca-sta.org