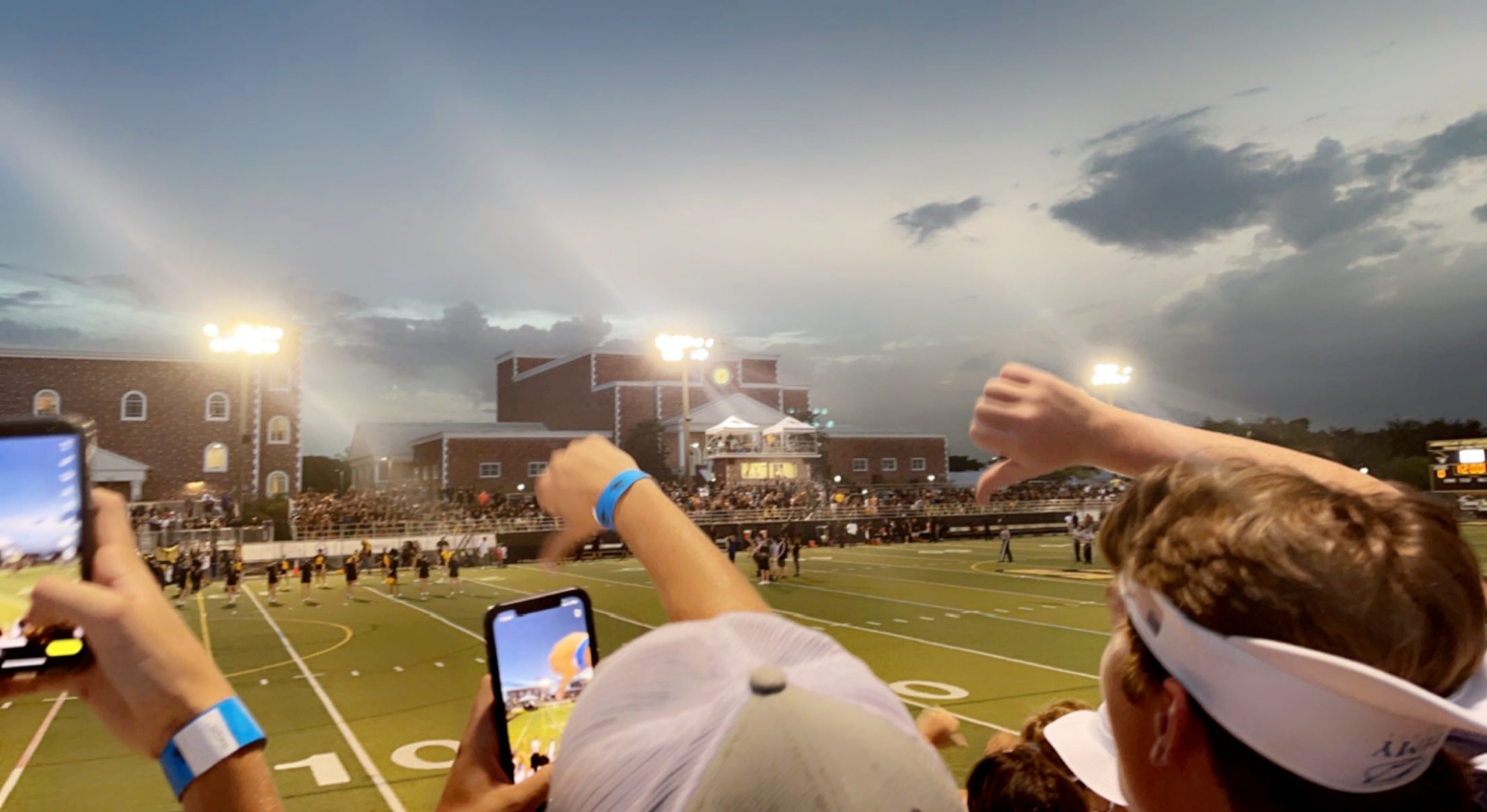 Number one. Everyone wants to be number one. Before Friday, September 10, 2021,  St. Thomas Aquinas’ football team (STA) was number three, and American Heritage’s football team (Heritage), was number one. The STA Raiders, two weeks ago, suffered their first loss to Jesuit High School. This loss was unfortunate, and they knew that they had to get a win if they wanted a chance to advance to the state finals. Not only going against the number one team in the state, Heritage, but their biggest rival, the stakes were high. They won. They beat their number one rival; the number one team in the state.

The game on Friday, September 10th, was probably one of the biggest games of the season. STA vs AHS, not only were they fighting for the number one spot but also bragging rights, associated with the title. In the days leading up to the game here at STA, students definitely talked the talk and walked the walk. They posted on Instagram about that game, wore white to the game, and even made posters saying “#BEATHERITAGE”. That morning, students went up to the top of the parking garage and had a pancake breakfast. All day the hallways were buzzing with talk of the game; students and teachers alike spoke of their support and hope for a win. Though everyone may not be players, they all had some sort of stake in the game.

The players at STA had the most to lose; they had just lost their previous game to Jesuit. So, if they wanted even the slight chance to reach the state finals, they had to win. “ I really wanted to show people one game doesn’t define us, and we’ll get back on track easily with a positive mindset,” said Chance Robinson, number 86. Just before the first quarter ended, the lightning alarm went off.  The score 7-7; a tie. The game couldn’t end, not in a tie. No bragging rights, no victory, just a tie.

After an hour of rain delay, the game was back on. The score was no longer 7-7, it was 7-14; Heritage was winning. At half time STA was still down by seven, but they came back and scored 14 points during the third quarter and 3 points during the fourth quarter. After hours of fighting, they won, 24-16. How did they do it? Some players give credit to Coach Harriott, like wide receiver Chance Robinson, “It’s really coach Harriott. He is always there to remind us to stay mentally tough and ready.” However they did it, they are now number one, bragging rights and all!