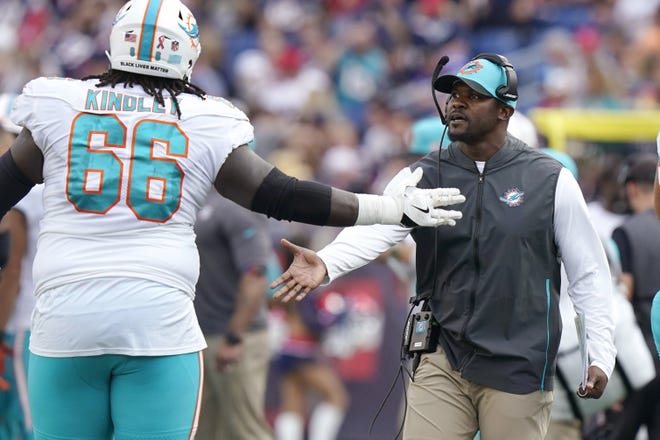 The NFL season is finally back.  After many weeks of waiting, the NFL kicked off on September 9, bringing joy to the hearts of many football fans.  It was a week full of controversy and fantastic games (on paper and live).  Here is what happened during the first week of football and some of the most exciting games of this week that were not complete blowouts.

This game was a lot closer than people thought it would be.  The final score was 31-29, with the Bucs barely winning due to a controversial ending with Chris Godwin pushing off a defensive back resulting in a no call from the refs.  Ryan Succop then split the uprights, resulting in the Bucs winning the game.  Dak Prescott had a very good game for throwing over 400 yards and for three touchdowns while Tom Brady also had a very good game throwing for over 375 yards and for 4 touchdowns.  This was an offensive battle that resulted in Tom Brady winning the football game.

Originally, this game appeared to be dominated by Minnesota and their running game, but it was very close and ended with the Bengals winning the game in overtime with Evan McPherson making a game winning field goal.  Joe Burrow was finally back for Cincy after recovering from a torn ACL during his rookie year.  He was phenomenal with over 260 passing yards and two touchdowns.  The crowd at Paul Brown Stadium was enough to support their Bengals and helped them win the game with their presence.  The final score was 27-24 with the Bengals winning.

The Chargers walked into Fedex Field in Washington and put on a show against one of the top defenses in the league.  It did not result in the scoreboard for LA, but it did result in a defensive battle between these two.  This game had good moments and some bad with one being a literal sewage pipe breaking at Fedex, which resulted in many fans getting doused by sewage.  This feels like a metaphor for how these two franchises have been throughout their history.  Taylor Heinicke was asked to sub in for Ryan Fitzpatrick, who was put on the IR after the game.  This was a defensive battle until the end, resulting in the Chargers winning 20-16 against the Football Team.

The AFC’s reigning juggernaut in the Chiefs playing against the AFC’s up-and-coming contender in the Browns.  This was a fantastic game to watch as it was an offensive game.  The Browns were holding their own against this one, but ultimately, they gave Patrick Mahomes too much time.  Twelve unanswered points on the board and now the Chiefs have the lead.  The Browns were driving down the field in the final minutes of the game, but then Baker Mayfield threw a pick to ice the game.  The Chiefs won 33-29 against the Browns.

Unfortunately, this game was on during the Browns vs Chiefs game and every person in southern Florida was unable to watch the much better Browns vs Chiefs game. However, this game was a good substitute.  The Dolphins were eager to start this year with a win, and that is exactly what happened.  Mac Jones, rookie quarterback out of Alabama, started for the Pats today, and maybe they should have stuck to Cam Newton, who they dropped before the season.  Mac looked very good, but his first passing play was passed behind him, resulting in a 21 yard loss for the Pats.  Mac did redeem himself and was leading his team down the field to score before the end of the game, but a case of fumblitis stopped the Patriots.  They fumbled the ball and the Dolphins recovered.  The Dolphins won 17-16 in a good defensive game.

A primetime matchup on Monday night in Allegiant Stadium was a good way to end out the week.  Derek Carr led his Las Vegas Raiders to a win against the Ravens and it was a great game.  The first three quarters of the game was really stale with only around 17 points total. However, the fourth quarter was a battle.  The Raiders and Ravens combined for nearly 33 points of offense combined, eventually leading the Raiders to a win on an overtime touchdown to Zay Jones.  The Raiders win this one 33-27 in overtime.