On February 22, 2022, the artist formerly known as Kanye West performed at Loan Depot Park in Miami, premiering his new album Donda 2 and performing select songs from its predecessor Donda.  The show utilized pyrotechnics along with massive fog machines to produce a fiery set with a burnt recreation of the artist’s childhood home at the center of a pool of shallow water.  Ye played 15 songs from his upcoming album, enticing loud reactions from the near sold-out crowd.  The songs were mostly unfinished with mumbling in place of finished verses and choruses.  A highlight from the show was two features from XXXTENTACION, a local artist who was tragically murdered after a botched robbery in 2018.  Additional guest appearances from Alicia Keys, Migos, Fivio Foreign, Baby Keem, Travis Scott, Future, Jack Harlow, and others added to the spectacle.  Merchandise from Ye’s fashion collaboration with Gap and Balenciaga debuted at the show, with lines of people wrapping around the stadium to get their hands on hoodies, long-sleeved shirts, masks, and shoes.

The artist recently made headlines for claiming that he would only upload his new album to his own platform, the Stem Player.  This device splits songs into four separate components that can be used to make remixes, isolate certain parts of the song, or simply listen to music.  A few days after the concert, Ye uploaded 14 of the 15 songs to the Stem Player website, allowing his fans to listen to the unfinished tracks and promising that they will be updated in the future.  Many fans refused to pay the $200 price tag on the Stem Player, instead opting to pirate the music through file sharing services like Mega and Dropbox.

Many fans were extremely happy with their experience despite some audio issues that frustrated Ye himself; for example, STA student Robert Vickers, who attended the event, said that “the atmosphere at the concert was amazing, and the choir was unreal.”  He also praised the vocal performances, saying that “hearing Alicia Keys sing was beautiful.”  It is not yet clear if Ye will follow up this performance with more listening parties like he did with his previous album, but many fans are eagerly waiting for what the future holds for Ye’s music and fashion careers. 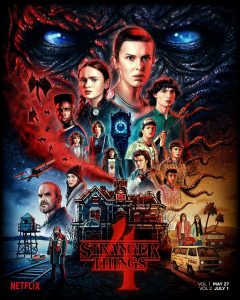