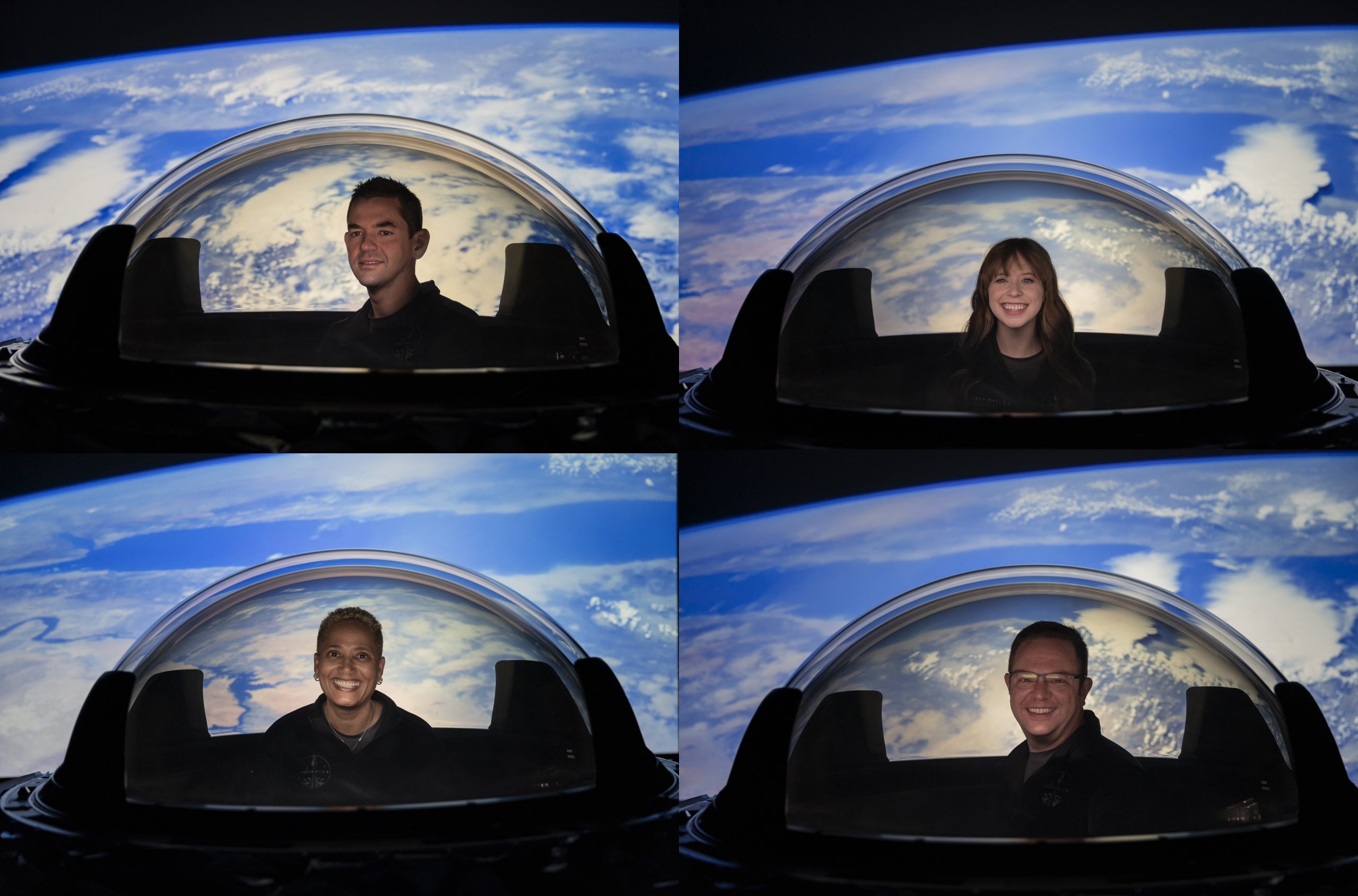 On September 15, 2021, the first-ever space mission manned only by civilians, known as Inspiration4, was sent into orbit. The Dragon spacecraft was launched out of the Kennedy Space Center in Cape Canaveral, Florida, at 8:02 P.M. EST. It remained in orbit for three days before returning to Earth on September 18, safely splashing down off the coast of Florida into the Atlantic Ocean at 7:06 P.M., according to Amy Thompson. The mission raised more than $210 million for St. Jude’s Children’s Research Hospital, more than $10 million over their objective, according to SpaceX.

The trip was orchestrated by SpaceX and Jared Isaacman. SpaceX is an American aerospace company founded and owned by Elon Musk that “designs, manufactures, and launches advanced spacecraft,” according to their website. Jared Isaacman, a billionaire who funded the trip, was one of the civilians onboard. He founded Shift4, a payment processing program, and Draken International, a military-grade aircraft provider. Mike Wall estimates that Isaacman likely spent around $200 million on the adventure.

The other individuals onboard The Dragon were selected in unconventional ways. According to Jackie Wattles, Isaacman asked St. Jude’s Children’s Research Hospital to select a “cancer-survivor-turned-healthcare-provider,” to which they responded with Hayley Arceneaux. Arceneaux overcame bone cancer at just ten years old and later became a physician’s assistant at the same St. Jude’s location where she was treated years prior. At 29 years old, she has become the youngest American to have ever been in space, beating the previous record of 32 years old set by Sally Ride. Also onboard The Dragon was Dr. Sian Proctor, a 51-year-old geology professor who earned her seat through an internet contest for Shift4 users. She was victorious because of her inspirational video message about her art that she submitted into the competition. Dr. Proctor was the first Black woman to ever pilot a spacecraft, and the fourth American Black woman to be sent to space. Finally, 42-year-old Air Force veteran Chris Sembroski was selected through a raffle of St. Jude’s donors, although he himself didn’t claim the winning ticket. Although he was also entered into the raffle, his friend won and transferred the winning prize to him. None of the passengers were professional astronauts, making the Inspiration4 mission the first amateur-only spaceflight to orbit the Earth.

The Dragon is 26.7 feet tall and 13 feet in diameter, according to the SpaceX website. One of the most notable features of The Dragon is its cupola, or dome window, through which passengers can observe a full 360 degree view of their surroundings. In an interview with National Geographic, Dr. Proctor said that the cupola was the best feature of the Inspiration4 spaceflight.

Inspiration4 was the first orbital mission piloted only by non-astronauts, which signals the beginning of a new era of space tourism. Erik Seedhouse defines space tourism as “recreational space travel, either on established government-owned vehicles […] or on vehicles fielded by private companies.” The spacecraft also soared to an impressive altitude of 367 miles, which is higher than the Hubble Space Telescope, according to Christian Davenport. The Inspiration4 mission was the source of multiple “firsts” for both the United States and the world, and it will undoubtedly lead to more missions like it.
Photo credits: https://www.space.com/sian-proctor-pilot-inspiration4-spacex-mission