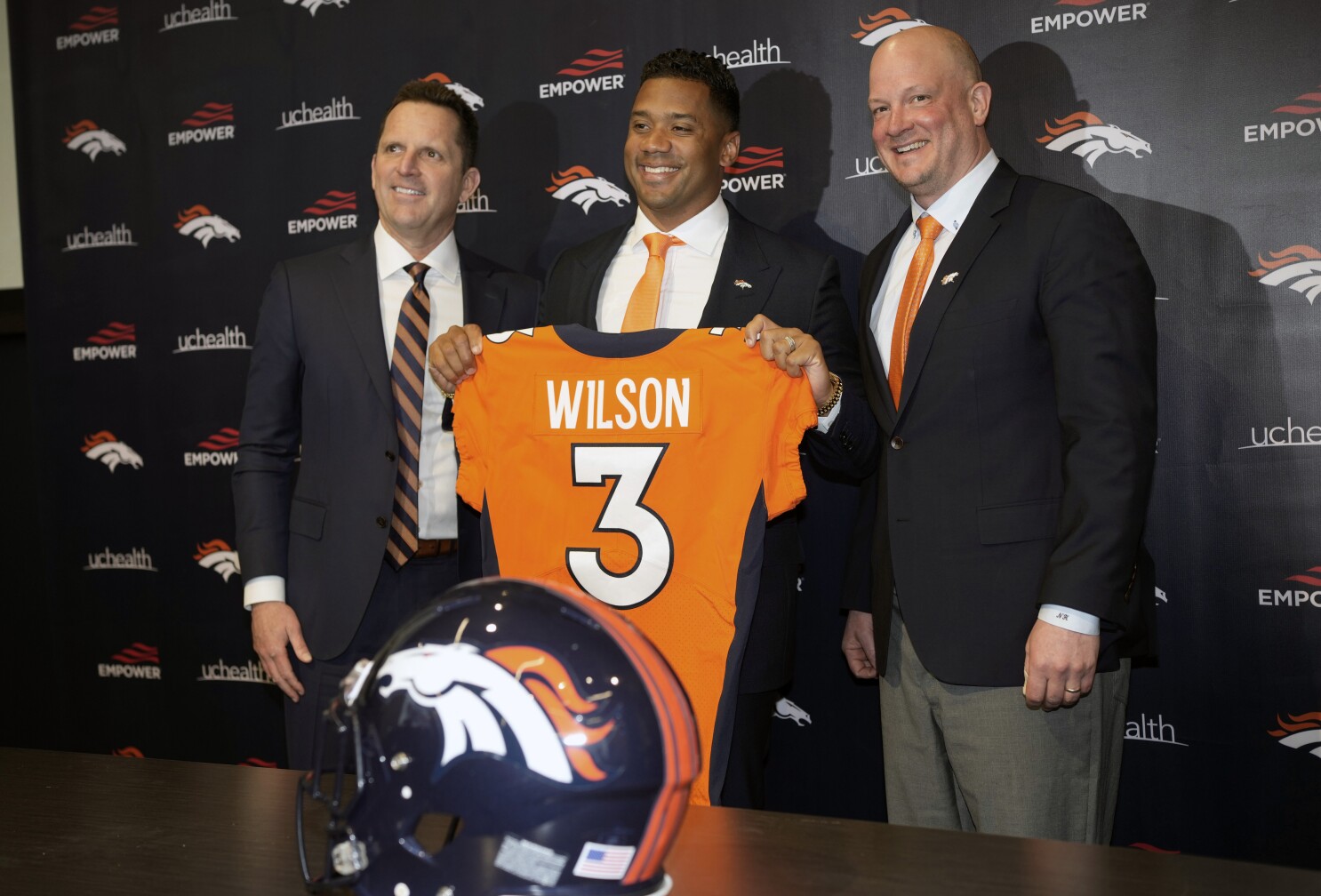 This year of the NFL offseason has been nothing like we have seen before.  Many star players were traded to different teams, creating many new super-teams in the process.   Some teams are treating their season like last year’s Super Bowl champions, the Los Angeles Rams, by trading their future away to try to win it all right now.  This tactic was employed when they traded for former Detroit Lions quarterback, Matthew Stafford, and it helped the Rams immensely in the long run.  So much so that they recently re-signed him to a four year, 160 million dollar contract.

Two teams this year went the path that the Rams went last year, with the Denver Broncos trading for former Seattle Seahawks quarterback Russell Wilson (pictured above), and the Cleveland Browns trading for former Houston Texans quarterback Deshaun Watson.  Both of these teams are in “win now” mode, the same as the Rams.  However, there are some other teams that are trading for players that have a quarterback already in place.  One of these teams would be the other LA team, the Los Angeles Chargers, and another would be their bitter rival, the Las Vegas Raiders.  The Chargers recently traded for former Chicago Bears and Las Vegas Raiders pass rusher, Khalil Mack, only giving up a second round pick in this year’s NFL draft.  However, the Chargers also made some moves in free agency, signing JC Jackson, former Patriots defensive back, to round out their defensive core as well as signing former Rams nose tackle Sebastian Joseph-Day to stop the run, one aspect of their defense that was flawed last year.

The Raiders needed pieces to fix their receiving corps, and who else would be better than arguably the best receiver in the NFL, former Green Bay Packers receiver Davante Adams.  The Raiders gave up a first round pick and a second round pick in this year’s NFL Draft for the Green Bay receiver.  Also, this was an attempt to reunite Raiders quarterback Derek Carr and Davante Adams because they were college teammates at Fresno State, where Carr and Adams led Fresno State to an 11-2 record and giving them a Mountain West Conference title.

However, this AFC West team is not the only team to get a receiver in the offseason.  The Kansas City Chiefs recently signed former Pittsburgh Steelers and TikTok star, JuJu Smith-Schuster, to contend for another championship in Kansas City. This replaced their current hole at Wide Receiver One, as they recently traded away Tyreek Hill to the Miami Dolphins, getting draft compensation in return.  The Dolphins have a very interesting team coming into the 2022 season.  With the additions of Terron Armstead and Connor Williams on their offensive line, the Dolphins’ offense is looking better.  This is also a make or break year for Dolphins’ quarterback, Tua Tagovailoa, as his offense has been much improved from last season.  If he does not improve behind this offense, then  the Dolphins could trade him at the trade deadline or next offseason.

These are just some of the many moves of the offseason so far.  There have been other moves by various teams; for example, the Indianapolis Colts traded for former Atlanta Falcons quarterback Matt Ryan for only a third round pick in this year’s draft, filling a need at quarterback for their next couple of seasons.  From these trades we have seen throughout the offseason, this NFL season could lead to be one of the best and craziest we have seen in a long time.