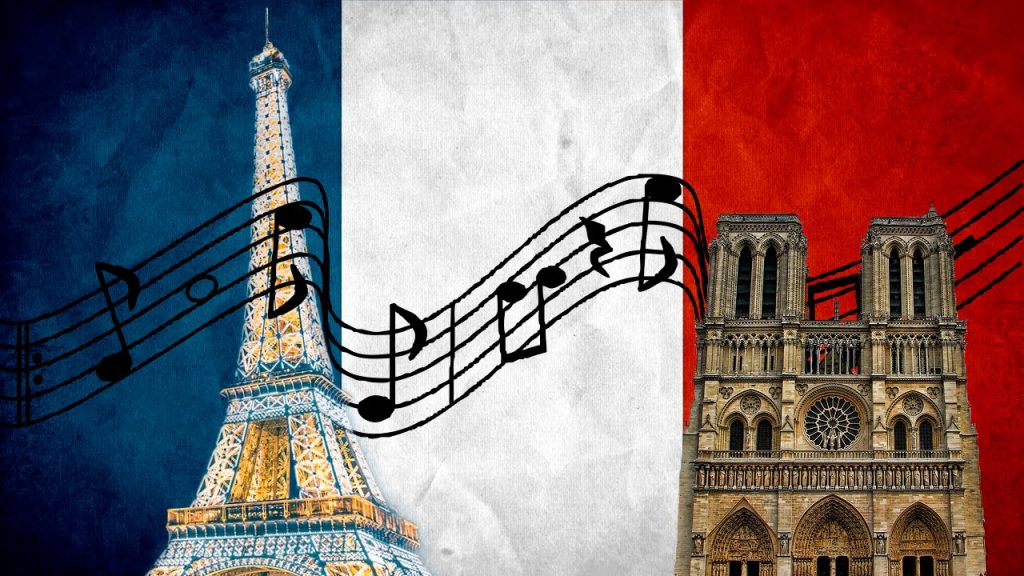 French pop combines a level of style and emotion while also uplifting listeners with unique sounds and lyrics. French pop uses different techniques from genres such as rock and R&B to create an individual sound, unlike any other genre on the market. Today, French pop is making a comeback across social media with different artists emerging with their own unique sounds

Different styles of French pop emerged in the early 1950s with the first notable genre being chanson. This style of French pop combines the mellow sound of English-spoken songs with classic, French-driven lyrics. “Chanson is often lyrically driven and refers to French songs of late medieval and Renaissance music”  The combination of these 2 sounds helped create many classic French songs we know today. La Vie En Rose, sung by Edith Piaf, is one of the most famous French-pop songs of all time. Singers such as Louis Armstrong, Dean Martin, and even Lady Gaga have all covered this memorable love song. Released in 1946, La Vie En Rose means “Life in Pink” and translates to the idea of seeing the world through rose-colored glasses. Edith Piaf’s inspiration behind the song was “living with an attitude or outlook of positivity, trying to see the beauty in every day; like you do when you first fall in love”. Chanson songs such as this became widely popular due to their meaningful lyrics and strong messages.

The first major wave of French pop was in the late 1950s and continued throughout the 60s, as many artists combined chanson with different unique sounds. Jacques Brel was one of the most famous singers to emerge at this time. Born in Belgium, throughout Brel’s early life, he was noted for his talents in writing and poetry. These talents would later emerge in his artistry as a singer with meaningful and passionate lyrics in his songs. One of his most famous tracks titled, Ne me quitte pas, which translates to “Don’t leave me”, is a classic within his discography. Similar to La Vie En Rose, the song combines the idea of a lover leaving while using poetic images of attraction in nature. Jacques Brel stated that “the song brought out his own misery and shame as a hymn to the cowardice of men” . Its melody creates an emotional connection with listeners, as his melancholy voice unites with his solemn lyrics.  The song is said to be not only seen as a love song but rather a memory of love once lost. Today, Ne me quitte pas has been covered by artists such as Celine Dion and Sting. Jacques Brel’s style of meaningful and passionate lyrics went on to inspire other musical legends such as Frank Sinatra and David Bowie. Up until his death in 1978, he continued to use the unique style of chanson and poetry-like lyrics.

As rock began to quickly take over much of the music world, French pop had a shift in sound with new styles emerging. Ye-Ye was among the many styles influenced by American and British rock, with an upbeat sound. Sylvie Vartan was one of the most famous users of this sound and often combined her music with elaborate choreography. She performed with bands such as The Beatles and opened many shows for popular rock artists. Her most famous song La plus belle pour aller danser transformed her into a recognizable star across France. Today, she is widely recognized for popularizing the Ye-Ye style of French pop. However, despite many new French artists emerging at this time, the genre was often overshadowed by the popularity of rock and disco.

Despite embracing popular music styles, French pop still seemed to bubble under other emerging genres. It was during the late 90’s that Celine Dion took not just French pop, but the rest of the music industry by storm. Her hit song “My Heart Will Go On” is an iconic classic, known by generations. During her early life, Celine was raised in Canada and grew up singing in French. At age 12, she wrote her first song in French titled, Ce n’etait qu’un reve, meaning “It Was Just A Dream”. Throughout her career, she has released a mix of both English and French albums. Her most famous French pop album, D’eux, became the best-selling French album of all time across the world. Today, Celine Dion is credited for popularizing French pop and has been praised across France as the “Priestess of French pop”.

Today, French pop has become popular across social media on apps such as TikTok and is often used by those who enjoy croquette aesthetic. Vendredi Sur Mer is currently the most popular French pop singer, as her song Écoute chérie has become widely known across social media. French pop is enjoyed by not only the French, but by many who enjoy its unique sound and lyrics. With its wide variety of sounds and meaningful lyrics, will you be adding any French pop songs to your playlist?