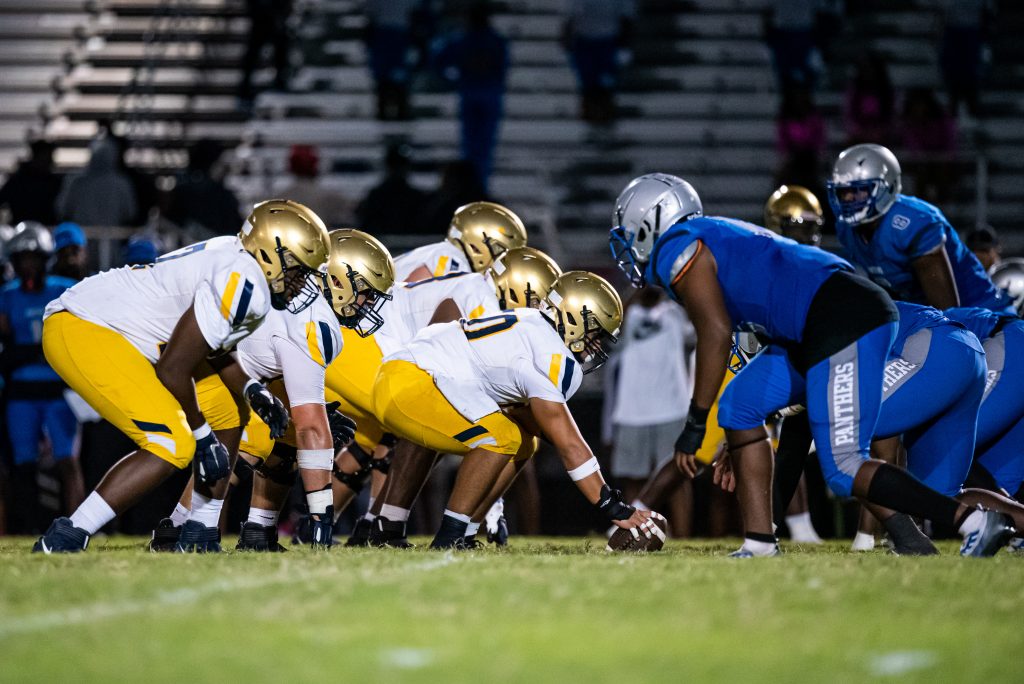 Saint Thomas Aquanis and Dillard have been playing each other since 1973. STA has an all time record of 22-8 against Dillard in which Saint Thomas hasn’t lost to Dillard since 1990. Dillard tried to break their losing streak to STA this game.

STA started with the ball first and had a three in out. On Dillard’s first possession they didn’t hesitate to put points on the board by scoring a touchdown, but they missed the extra point making the game 0-6. When STA got the ball back they had 3 big runs by  Gemari Sands, bringing them in the red zone. STA failed to put the ball in the endzone and had to settle for a field goal, making the score 3-6. As Dillard got stopped, the Raiders went back on the field and Hezekiah “Champ” Harris, connected with Isaiah Hardge, for an amazing catch and a touchdown making the score 10-6. Dillard failed to put up points again and STA got the ball back. Hezekiah Harris, had a 38 yard run to bring STA on the goal line, then Jordan Lyles punched it in to bring the score to 17-6 at the end of the half. At the start of the quarter the Dillard offense was stopped for a third time. When STA got the ball back they were driving down the field and looked like they were going to score again, but failed to put any points on the board. STA would let that happen again as when they got the ball back Hezekiah Harris threw a 34 yard bomb to Chance Robinson, to put the icing on the cake and go up 24-6. Dillard was halted to a three and out. Dillard failed to score for the final time and STA ran the clock out.

What everyone saw from STA, shows how strong of a team they are and how they are a force to be reckoned with. They have been training all year and it has shown in the past games they have played, since they are undefeated. Dillard is great and is a lot better than their record shows because they have played great teams and are a good team themselves.