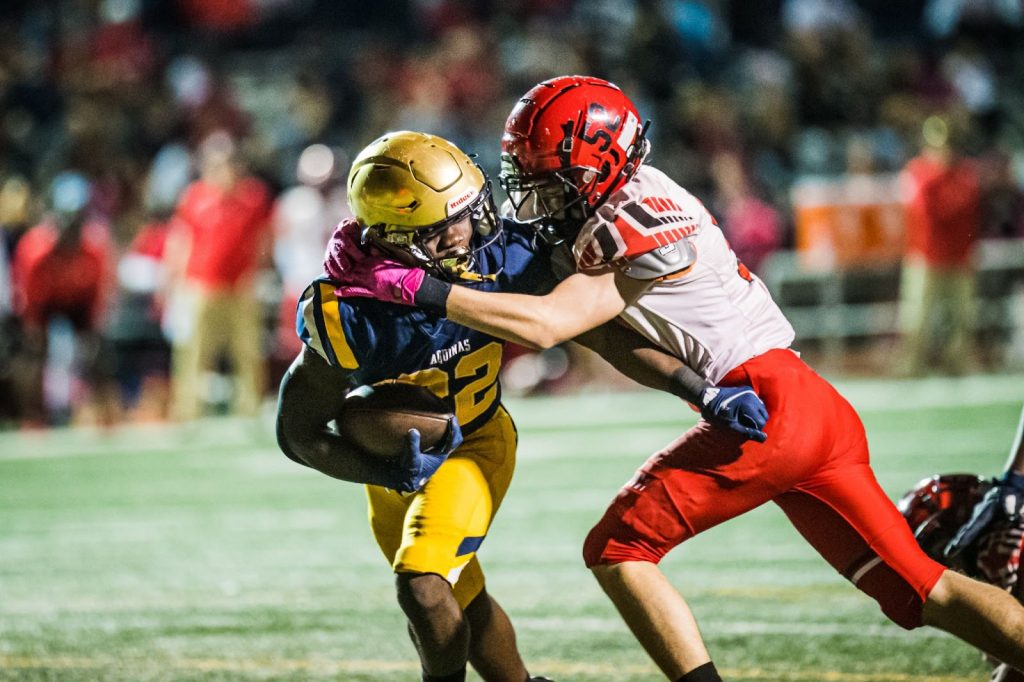 The homecoming game takes place on the Friday of homecoming week, the day before the big homecoming dance. On October 21, 2022 STA met with rival, Monarch High School, to defend their honor on the home field. Both teams were ready to try their hardest to show their team’s strength.

Monarch tried to push down the field on the opening drive but the STA defense was able to hold them and get a stop. Monarch then faked a punt on the 4th down, but did not get the first down. STA got the ball on their own 20-yd line, putting them in a great scoring position. STA was not able to score a touchdown and would eventually settle for a field goal.

Monarch got the ball again on their 20 to make an attempt to score against a solid Saint Thomas Aquinas defense. Monarch would get the ball into the rezone but turned the ball over on downs. On first down, STA got an 82-yd run all the way into the endzone for a touchdown. The STA defense got a 3 and out and were forced by Monarch to punt the ball. The Raiders got a great return by King Mack, putting them on the opposing 14 yard line. STA brought the score to 17-0.

Through a series of running plays, STA was able to push the ball down the field until they made a passing TD, bringing the score to 24-0 after the extra point. Monarch tried with a deep ball, but STA was able to pick it off, putting them on their 30 yard line. STA made an outstanding running touchdown after getting past 3 defenders and traveling 40 yds, making the score 31-0.

Monarch, unable to do anything with the ball, was forced to punt and give STA the ball back on the opposing 22. STA ended up making a field goal, putting the score at 34-0 at the end of the half. STA got the ball back in the 2nd half and was able to score a field goal turning the score to 37-0. The teams volleyed the ball to each other until Monarch scored a touchdown on the final play of the game making the final score 37-6.