On September 19, the 31st season of Dancing With The Stars premiered live on Disney+. Dancing With The Stars is a show that invites celebrities to dance with professional dancers and compete against each other. Every week there is a new theme, and the partners must execute original choreography according to the theme. 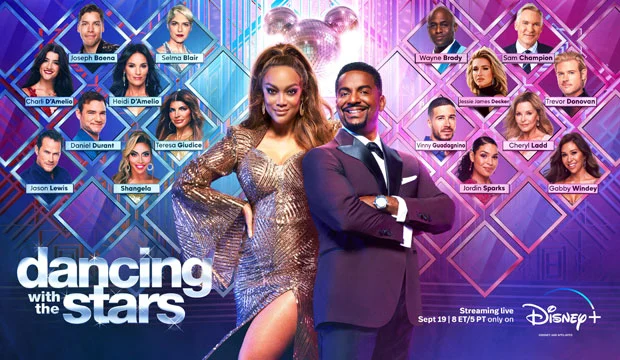 During the first week, audiences were introduced to the celebs and their partners. Charli D’amilo and Mark Ballas had the highest score of 32, and Vinny Guadagnino and Koko Iwasaki with the lowest score of 17. Even though Vinny and Koko had the lowest score, the partners who were let go were Jason Lewis and Peta Murgatroyd. This could be because they combine their scores with the votes of the fans of the show.

As the weeks went by, many partners were voted off. The next couple to leave was Teresa Giudice and Pasha Pashkov, following was Cheryl Ladd and Louis Van Amstel. Eliminations continued with Sam Champion and Cheryl Burke, followed by Selma Blair and Sasha Ferber, but they withdrew due to Selma having multiple sclerosis. Joseph Baena and Daniella Karagach were also let go through the process of elimination. The next couples to get the proverbial axe were Jessie James Decker and Alan Bersten, and Jordin Sparks with Brandon Armstrong.

The next challenge was a double elimination, and those who were let go were Heidi D’amelio and Artem Chigvinstev, in spite of being a fan favorite, and Vinny Guadagnino and Koko Iwasaki. The next week brought another double elimination round, and Daniel Durant and Britt Stewart were sadly let go, as well as Trevor Donovan and Emma Slater. The last round before the semi-finals was a nail-biter. The last one to be eliminated was Jessie James Decker with her partner, Alan Bersten.

Next came the semifinals. In fourth place were Shangela and Gleb Shavchenko. Wayne Brady and Witney Carson placed third, right below Gabby Windey and Val Chmerkovskiy. Audiences sat on the edge of their seats waiting to see who would take home first place. It was none other than Tik Tok-star Charli D’amelio and her partner Mark Ballas. Charli and Mark got the highest score 13 times throughout the season, and secured many perfect scores!

This season was definitely exciting and thrilling to watch. There were many surprising dances that nobody saw coming. The growth of the stars on the show was inspiring to a lot of people. Even though Charli took the mirrorball trophy home, everyone won in some way or another. Whether finding their love for dance, or the joy of entertaining people, everyone went home happy.